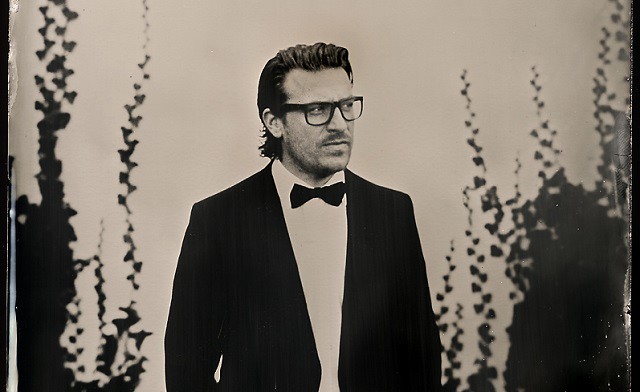 The seven-musician collective from Austria — featuring vocals, drum, bass, sax, trumpet, trombone and laptop — hit the stage jumping with music, treating the audience to a selection of songs from their latest album Demon Diaries as well as popular favorites from the past decade of Parov Stelar’s music (the man Parov Stelar, born Marcus Füreder, began working with a live band in 2005, according to Wikipedia). 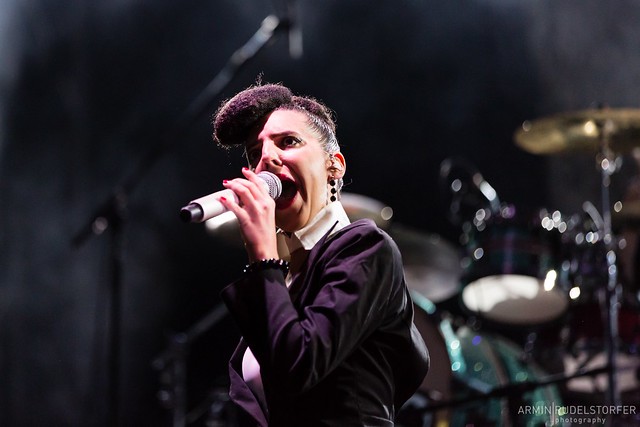 And so as the slinky Cleo belted out the lyrics to “Hit Me Like a Drum” from the new album, the audience bounded along to the Jazz Age tempo without hesitation. Cleo’s powerful voice is otherworldly; she is haunting and deep all at once — a substantive apparition from another time and place.

Watch the Parov Stelar Band perform in a trailer for their Summer 2015 tour from Parov Stelar’s label, etage noir, featuring the song “Hit Me Like a Drum”:

The show goes on with other new songs such as the thumping, anthemic “I Need L.O.V.E.,” which introduces just a taste of disco to the mix, and the brassy “Berlin Shuffle,” which is really a sublime showcase for trumpeteer Marc Osterer and a very talented saxophonist and trombonist unknown to me! Although all of the band members, minus Cleo who gets to take a break, pour their best into the song, the sax and brass really steal the show, particularly with the showmanship of Marc on trumpet, who was clearly enjoying himself as an American participating in Parov Stelar’s very European journey.

Parov Stelar, or Marcus, himself is a bit of a mystery man during all of these proceedings, as he stays affixed upstage at stage left, working feverishly on his laptop to spool and mix dance beats from his creative mind. The collective bearing his name surely made him proud. Compositions like 2009’s “Catgroove” came alive under the maestro’s direction, delighting cats clearly anticipating the groovy tune.

Toward the end of the show, the band performs “Demon Dance,” The Demon Diaries’ nominal title track, a song that really captures the band’s spirit. Parov Stelar also effectively used the attractive images from the song’s official music video as a stage backdrop for the performance. Perhaps like me you hear a touch of bossa nova wrapped up in the number?

Watch the official video for “Demon Dance” on YouTube:

Parov Stelar play one last US show tonight at the Playstation Theatre in New York City before departing for further touring in Germany and beyond next month. The band is an extraordinary breath of fresh air, worthy of your full attention. Go see them when you can.