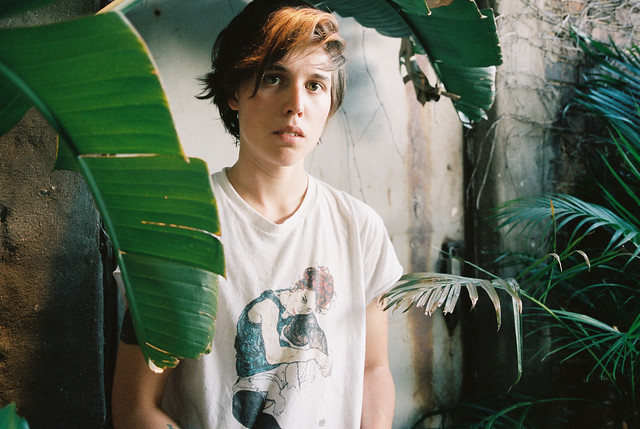 Taryn Miller aka Your Friend (Photo by Crystal Lee Farris)

Taryn Miller is Your Friend.

No, really she is. She’s performing as such at the Rock and Roll Hotel tomorrow, Wednesday, March 9. She’s Your Friend.

The bedroom-pop chanteuse has won praise for her lilting yet brooding synthy style.

Said Stereogum: “Miller has a knack for combining disparate sounds into a unified palette, deploying everything from guitar samples to drum loops to field recordings to ominous synth sounds in service of her distinct sonic point of view. The resulting music exists in a shadowy space between Radiohead’s cinematic brooding and Wye Oak at their slowest and stateliest.”

Taryn released her debut album, Gumption, on Jan. 29, and she’s opening for Porches and Alex G, her labelmates at the Domino Recording Co., tomorrow as part of her tour to support the album.

Taryn began writing the songs that would become Gumption at her studio space and apartment in Lawrence, Kan., after returning from touring in mid-2014 including some dates with Courtney Barnett. She took a field recorder to her family farm in Winfield, Kansas, in the process of trying to capture a dreamy, nostalgic vibe. You can hear the results yourself in slow, contemplative songs like “Come Back from It.”

Watch the official music video for “Come Back from It” on YouTube:

You can stream the some of the album Gumption on Soundcloud: