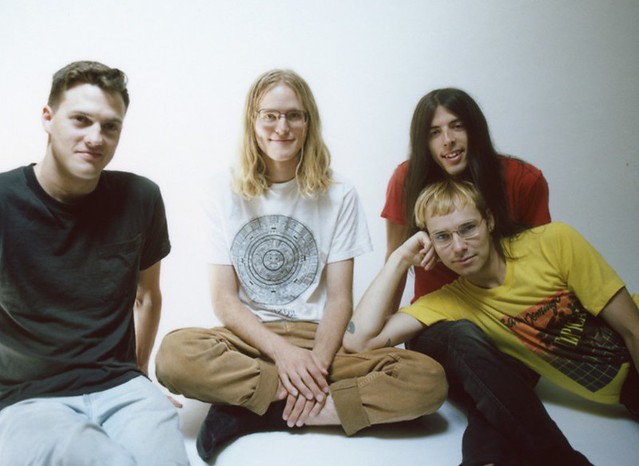 Psych folk quartet Nap Eyes are an intriguing band, given to deep musings on existence and a taste for arcane literature.

Hailing from Nova Scotia, the band released its sophomore album Thought Rock Fish Scale via Paradise of Bachelors, a North Carolina label that definitely has a particular psychedelic flair. Nap Eyes have launched a tour in support of their new album, and they visit DC9 on Friday, March 11.

Songs from the new album have a vibe of imparting friendly, welcome wisdom — such as the song “Stargazer,” wherein vocalist Nigel Chapman sings of the search for inspiration. Nigel draws a lot of critical comparisons to Lou Reed for his lyrical compositions and his conversational manner of singing. The fellow certainly has a way with words and brings a much needed intellectual heft to indie rock.

Nap Eyes dropped by Coach House Sound Sessions to record a live video for “Stargazer” in February. Watch it on YouTube:

Said Noisey of the band, “Nap Eyes moves from psych-riffs to astrophysicists, from Rubaiyatic poetry to punctuated bass, in easy fluid motions. Chapman’s calm, steady voice can be as pained as Bob Dylan’s, and his lyrics can be just as profound.”