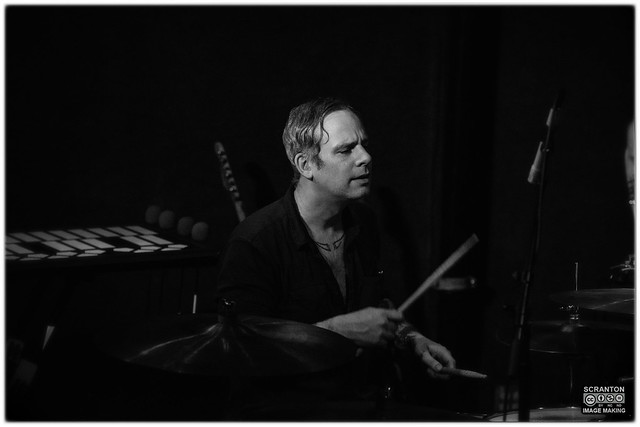 Tortoise held sway over the attention of a very crowded room at the Black Cat Saturday night, engrossing the audience in waves of progressive jazz and post-rock melodies.

Seriously, for a show that wasn’t technically “sold out,” the Tortoise concert was among the most full I’ve experienced on the mainstage of the Black Cat, which has been proud to be the DC home to Tortoise since the Chicago-based quintet started coming around in the days of the Cat’s original location.

Promoting their new album The Catastrophist, Tortoise delivered a long and winding set that drew heavily from the latest record, technically their seventh studio full-length although the band has released other recordings of live performances and special projects since its formation in 1990.

Tortoise begin their show with the title track itself, “The Catastrophist,” and drummer John Herndon establishes a loose, jazzy atmosphere as he strikes his drums smartly. John (Herndon) shows incredible focus as he drums, and the rest of the band fills out the music behind him. By the halfway mark of the song, John’s drumming has grown more powerful and animated. “The Catastrophist” clearly emerges as a strong showcase for sophisticated drumming from a band that very much depends on good percussive displays.

Soon, Tortoise perform “Shake Hands with Danger,” also from the new album, and they continue to enrapture the audience with another mesmerizing number. Fully warmed up, all of the band members are contributing completely from the start of the song although we at the Black Cat have the treat of seeing John Herndon face to face with John McEntire as they play opposite each other from each side of the stage. Guitar and bass really come alive during “Shake Hands with Danger,” as Jeff Parker and Doug McCombs truly deliver some complex post-rock rhythms to the instrumental number.

Other tracks from The Catastrophist win over the audience, including “Hot Coffee” (which wins major points on its name alone, if you ask me!) and “Yonder Blue.” “Hot Coffee” speaks to the rolling, jazzier side of Tortoise, and it could easily be background music for a scene of intrigue in a pop spy movie. On the album, “Yonder Blue” features guest vocals from Georgia Hubley of Yo La Tenga, a band that has worked with John McEntire. Adding vocals to a song was an unusual move for Tortoise, and honestly the song loses something live without the dreamy female vocal although it still keeps our audience entranced.

Tortoise continue their tour tonight, March 21, at the terrific Asheville, NC, venue The Orange Peel, and then they keep on throughout the United States and Canada through May 15 on a long string of dates! Instead of taking a break afterward, Tortoise leap directly into Europe for another month of touring.

It’s a great time to catch Tortoise and their wonderfully accessible yet still complex new album. And come prepared to quickly lose track of time. As with the Aesop fable of the namesake Tortoise and the Hare, Tortoise the band surely demonstrate how slow and steady win the race. 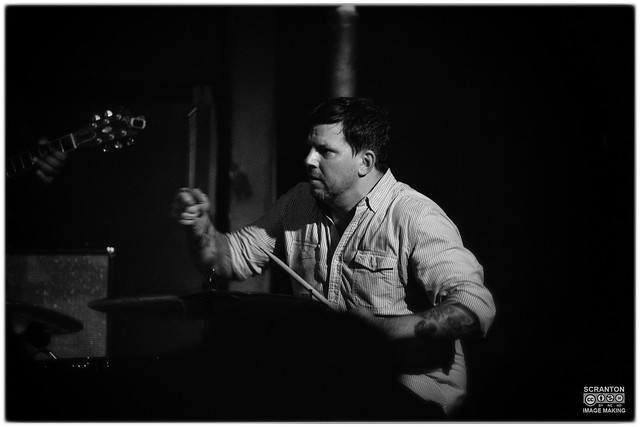