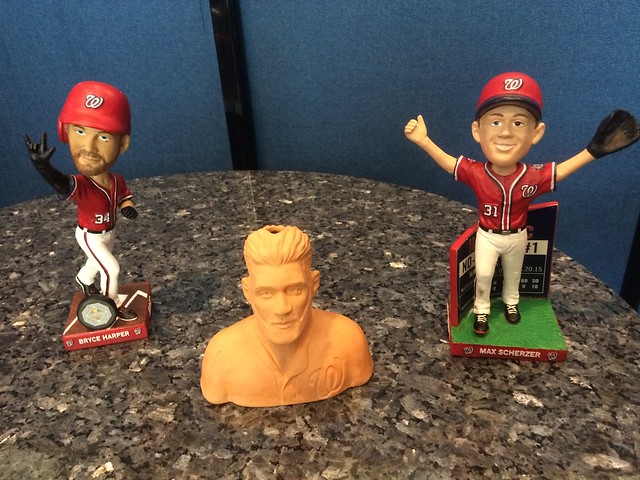 Baseball player and mascot bobbleheads have really taken off and continue to gain popularity every year. It seems like all the Major League Baseball teams have bobblehead nights.

In St. Louis last year, I watched in fascination as hawkers bartered for and acquired bags full of bobbleheads, to later sell online. It’s become big business for collector’s. (BTW – I kept mine.) I also tried to get a King Felix bobblehead in Seattle, but was shut-down by the insane number of people who came more than two hours early. (BTW – A friend got two (?!?)…and sent one to me in DC. Nice.)

In Marlins Park (Miami), they even have a dedicated Bobblehead Museum with bobbles from all the Major League Baseball teams. I’m sure it has only gotten bigger since I was there four years ago. The Marlins’ website says they currently have over 700!

Why bobbleheads, you ask? What makes them so sought after? Maybe they are the new baseball card. Maybe the world is just crazy. I’ll try to answer this pressing question during the season.

In 2015, your Washington Nationals had five “Great Moments in Nationals History” bobblehead nights.

And in 2016, the Nationals are gearing up for five more bobblehead promotional nights. The first 25,000 fans to these games win the night!

Of course, the Nationals will have other promotional items for your acquisitional pleasure. Maybe a Bryce Harper Chia Pet? or a Garden Gnome? Yes.

I’d like to go on record in saying, I want to see more Teddy bobbleheads! No April Fooling. 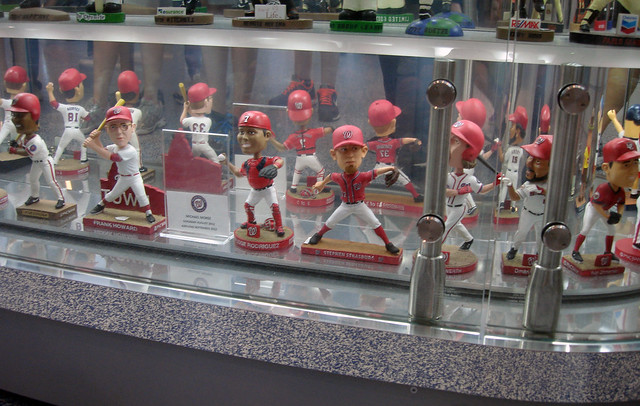 Your Nationals in the Bobblehead Museum in Marlins Park