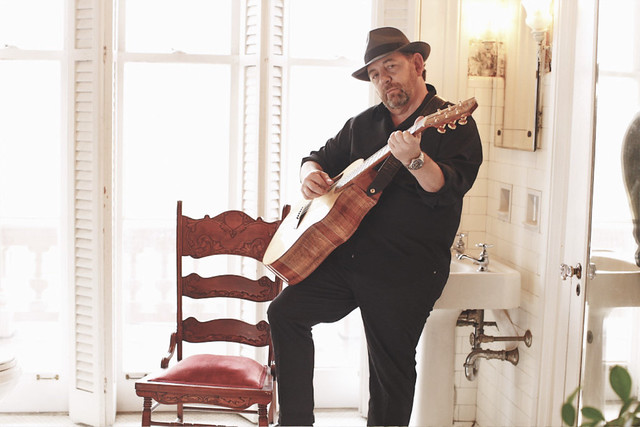 Their latest album, Ballyhoo!, came out this past January and includes the catchy and charming “Better Find a Church”. This is one of the few songs where Erin Slaver sang back-up, which was a theme that worked well to complement her prolific violin playing.

They went all in on promoting the new album, performing seven songs from Ballyhoo! (from their nine song setlist).

The only songs that strayed from the album were “Violet’s Song” (from August: Osage County) and a cover of Little Feat’s “Let It Roll” to close out the set.

The highlights of the show was the interplay of Erin Slaver’s violin with the other instruments, woven around James Dolan’s troublear voice. As long as he stayed within his vocal range, the songs all meshed together quite nicely.

“Perdition”, from the movie you haven’t seen (as appraised by JD since the box office take of Jane Got a Gun was tiny), and “Empty” are the perfect songs for the band to perform live. They both bring a country and blues style harmony and flair, and rely on instruments laid bare to set the mood for hitting rock bottom or lower. Plus, I just like the lyrics, “I’m as empty….as a promise.”

They continue to tour through April on the East Coast, so take advantage of the chance to catch them live.