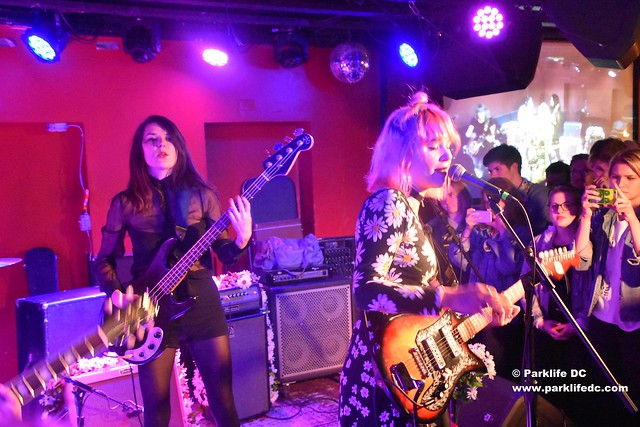 The ladies of Bleached brought some resplendent guitars and a devil-may-care attitude to DC9 last Wednesday in support of a punchy sophomore album, Welcome the Worms.

Jennifer Clavin sings and plays guitar with a bright vitality that often covers up a subversive lyrical streak. Early in the band’s set, Jennifer sings “Keep On Keepin’ On,” ostensibly a new song about powering through a challenge, but the narrator’s challenge is forgetting the past and the mistakes she’s made so that she can hook up with the guy she desires.

Lost love is a recurring theme in the songs of Bleached, and although it comes up quite a bit on the new album, the band also sang a lot of broken hearts and missing partners on its debut album, Ride Your Heart, from 2013. Songs like “Searching Through the Past” and “Waiting by the Telephone” from the debut album concern themselves with that absent mate but also offer up rollickin’ guitars in a sunny, punky stampede of strings.

Jennifer on guitar provides a fulcrum around which the rest her band rotates. Physically centered on stage, Jennifer is occasionally flanked by bassist and sister Jessica Clavin and guitarist Micayla Grace; together they generate a bubbly, buoyant sound that belies the occasionally dark words of their songs. Micayla actually roams from side to side, bolstering each of the sisters during a chorus or verse. Drummer Nick Pillot provides a steady foundation for the entire affair.

Bleached deliver an interesting highlight in the middle of the show with a cover of “Today Your Love, Tomorrow the World” by the Ramones. The song, which appeared 40 years ago on the Ramones’ self-titled debut, is a bit of a throwaway song about a skinhead in love. But the fantastic guitarwork on the song by Johnny Ramone serves as a sonic template for a lot of Bleached’s sound. Fittingly, the Ramones also were inspired and influenced in part by the rock and roll girl groups like The Shangri-La’s that also have inspired Bleached.

Bleached keep on keepin’ on with their tour tonight, April 18, in Buffalo, NY, and continue through mid-May with a last US stop in San Diego. But then they leap to Europe to charm England, France, and others for the last few weeks of May. It’s well worth your time to give a night over to Bleached, who won’t let you down (unlike the cruelly missing lovers in their songs)! The local show at DC9 was deservedly very full.  I think they could have squeezed five more people in the room before calling it sold out.

Below are some pictures of Bleached performing at DC9 on Wednesday, April 13. You also can check out a few snaps of opening act No Parents, a skate punk quintet also hailing from Los Angeles. 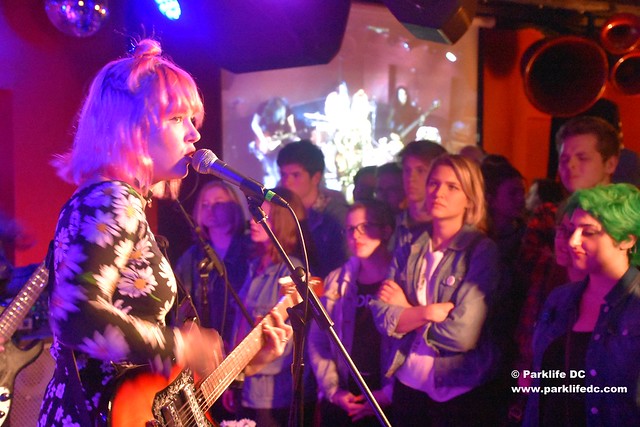 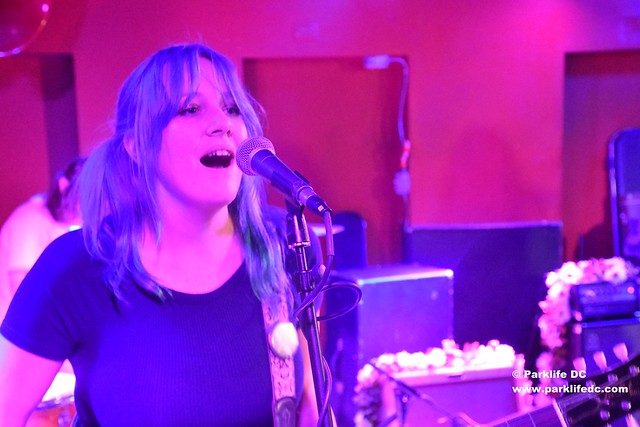 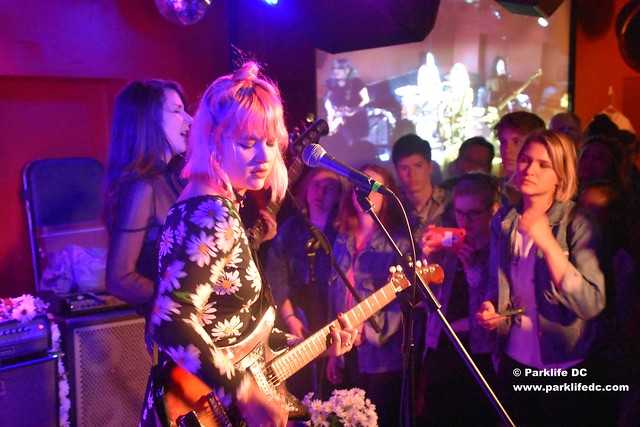 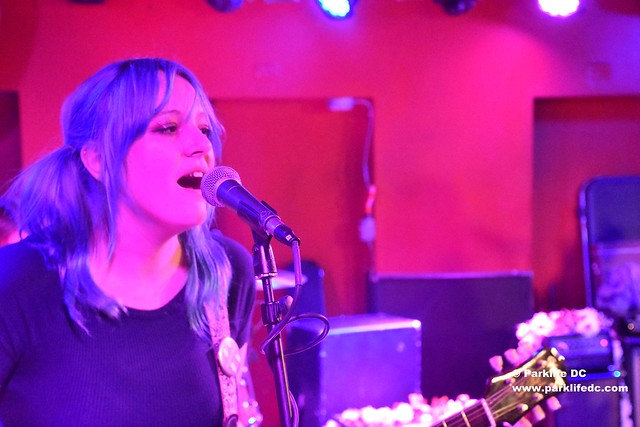 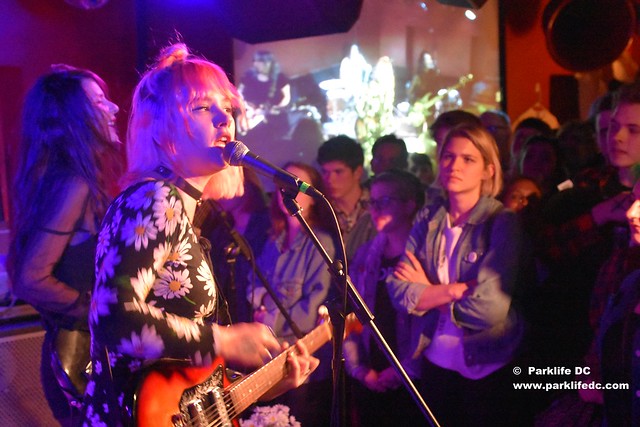 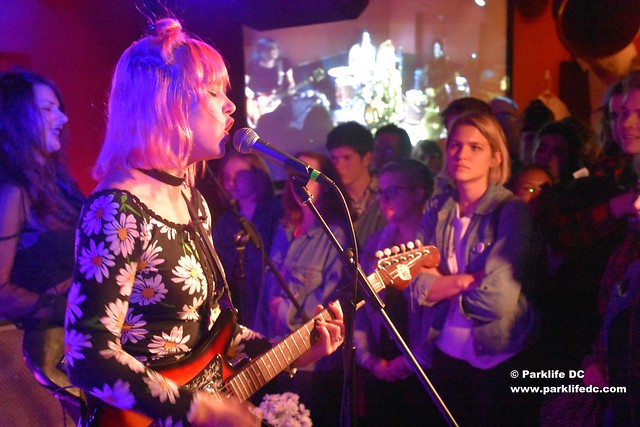 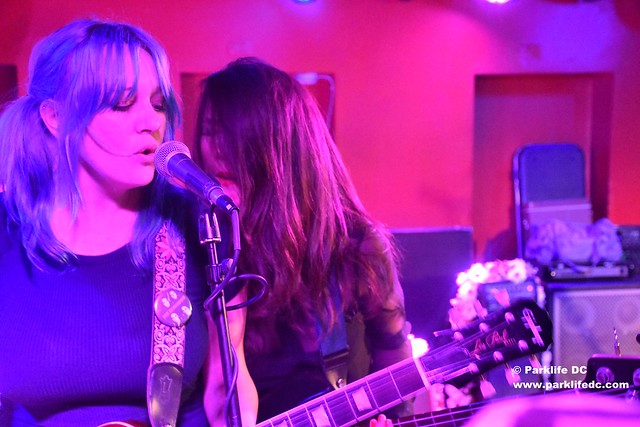 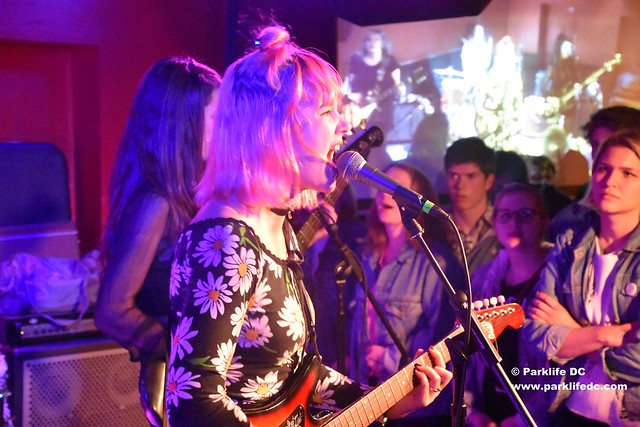 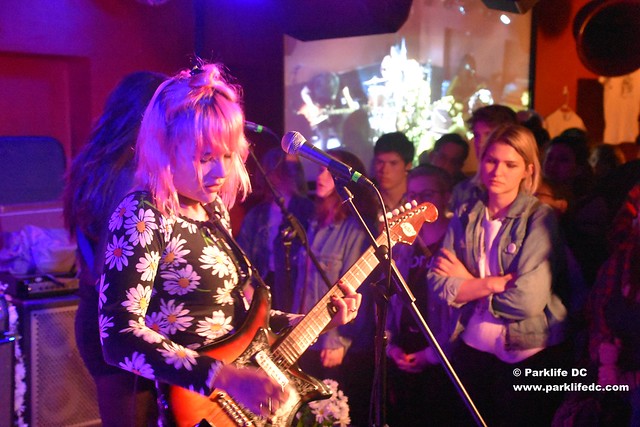 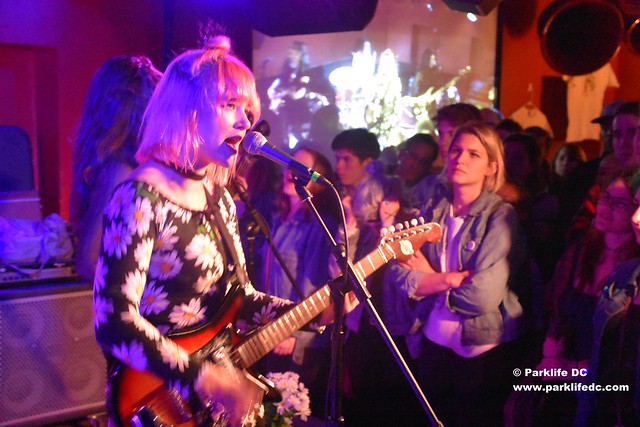 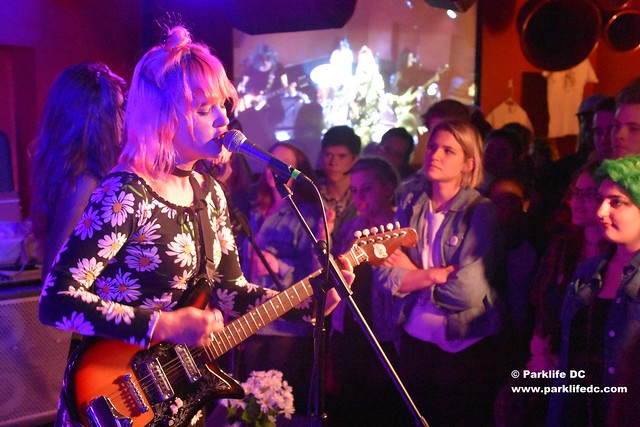