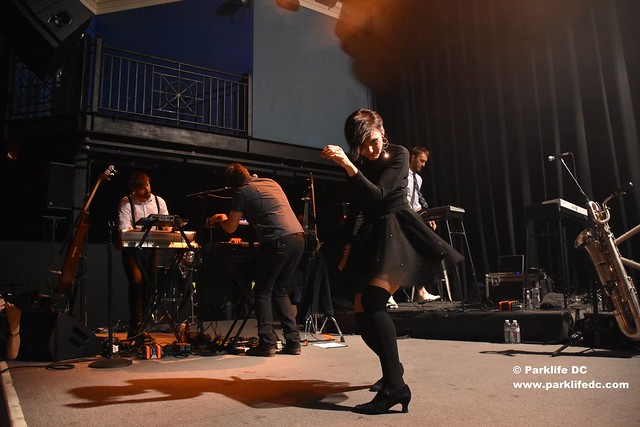 Clad in an elegant, short black dress, Zoé Colotis slides out onto the 9:30 Club stage and starts to sashay and sing, shooting rapid-fire words as she wiggles her hips.

In “Lone Digger” from the new album by her band Caravan Palace, Zoé makes a call for getting out to dance. And her audience Thursday night responds in kind, jumping, dancing, and clapping along to the rare treat of the French electroswing band.

Wait — electroswing doesn’t quite nail it. The band certainly is evocative of ’20s and ’30s swing and jazz, but the fully electronic take incorporated into their big band production rather smacks of many of their countrymen in the French house scene.

The third Caravan Palace album <|°_°|>, or “Robot Face,” deftly presents an original, kinetic experience based on both. But to really get it, I think you’ve absolutely got to see it. Just as the band smartly steals from the best of all genres, after all, Zoé and her bandmates will steal your heart. 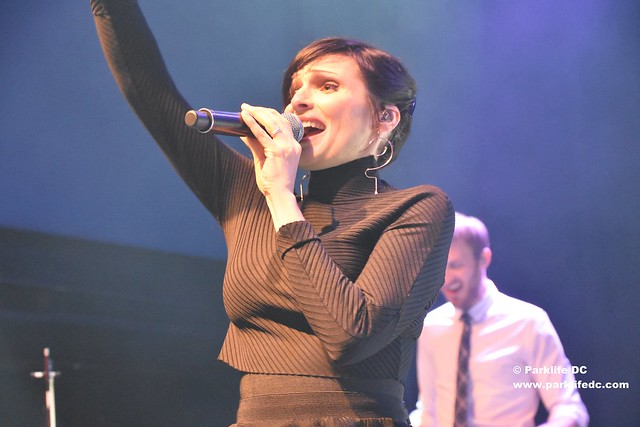 Zoé dances, enthralls, and beguiles with dazzling showmanship as she moves up and down the stage, interacting with her bandmates and beckoning to the audience to join the party, as she does in the lyrics of “Lone Digger.”

As captivating as Zoé may be, she cannot do this without the madcap music, of course, and here I have to give a shout to Caravan Palace MVP Mighty Mezz. Situated at the back of the stage in a rig emblazoned with the robot face <|°_°|>, Mezz fires up a nonstop stream of electronic beats. Actually, while Mezz’s hands often move over his keypads and consoles, he also whips out a trombone on demand to add pizzazz to the swing.

Situated stage left by Mezz, the versatile Chapi switches up from baritone sax to clarinet from song to song. During the aforementioned “Lone Digger,” he adds some wind to the proceedings on sax while Mezz settles on his trombone. Later, Chapi swings with the clarinet in numbers like “Clash” from the band’s 2012 second album, Panic, giving a vibrant, living feeling to a song that could all too easily fall into a routine (not that such a thing could happen with some charming pantomime by Zoé)! Throughout it all, the youthful Arnaud Vial sits aside Chapi as a constant presence, strumming away on guitar.

Playfully, the dapper Hugues Payen scats early in the show with Zoé during “Suzy” from the band’s self-titled 2008 debut album. At other times, he wields a violin with grace, occasionally interjecting a taste of Klezmer into the mix. The fantastic Paul-Marie Barbier lurks in the back, grinning like the Cheshire Cat as his fingers dance over his keyboard. Charles Delaporte flat out rocks the house whether on contrabass or a Moog synthesizer.

Caravan Palace race toward the end of their set with total Robot Face — new songs “Aftermath,” “Tattoos,” and “Mighty” — but hit the popular “Brotherswing” from their debut album in the encore. The whole band flies into action like a well-greased machine, and Zoé again has some fun with some lyrical lightning. C’était magnifique!

Caravan Palace is on quite a US tour! They continue tonight, Tuesday, May 31, in Austin and continue around the country until wrapping up on June 20 in Detroit. Put on your dancing shoes and get out there to swing!

Here are more photos of Caravan Palace at the 9:30 Club on Thursday, May 26. 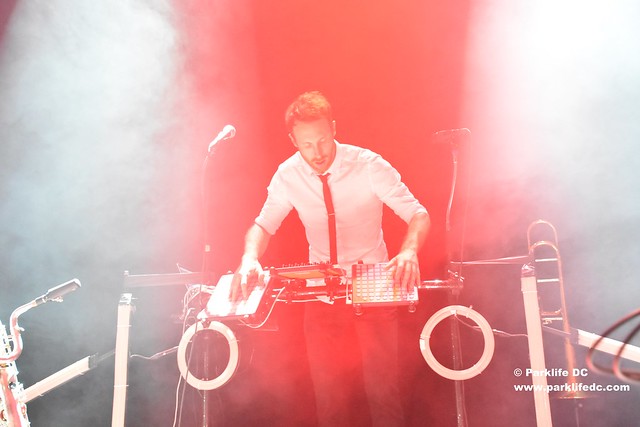 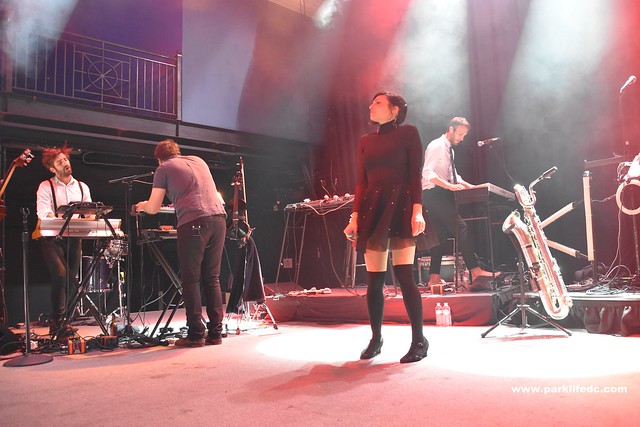 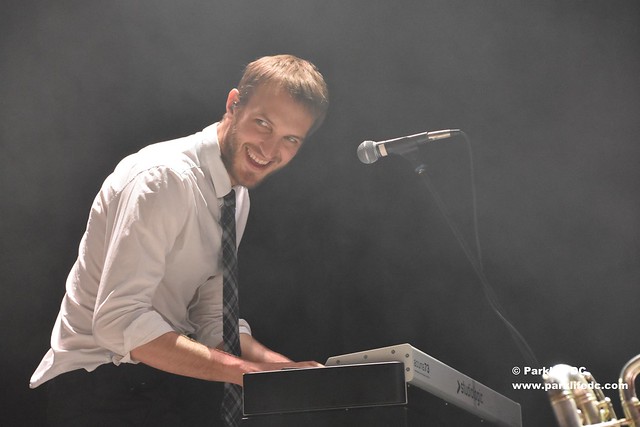 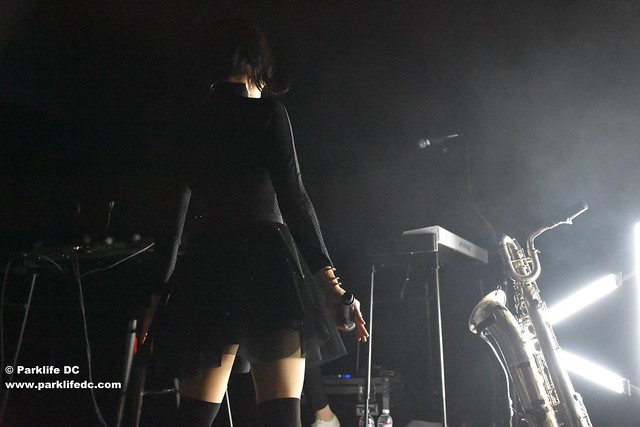 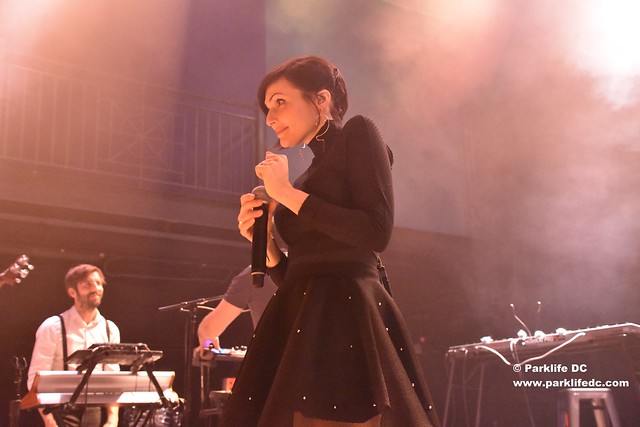 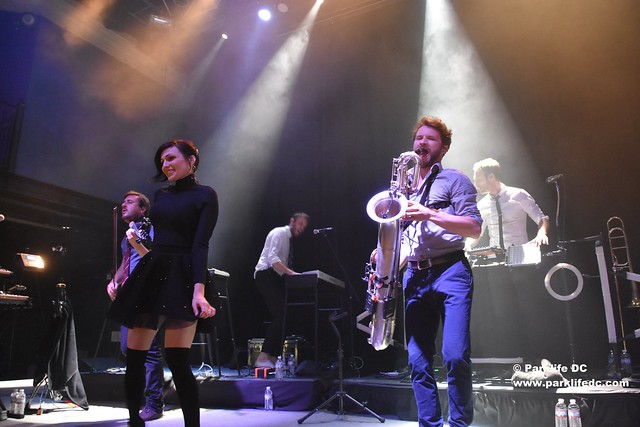 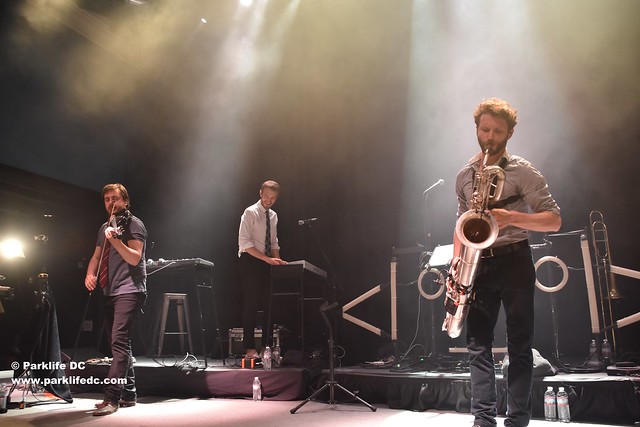 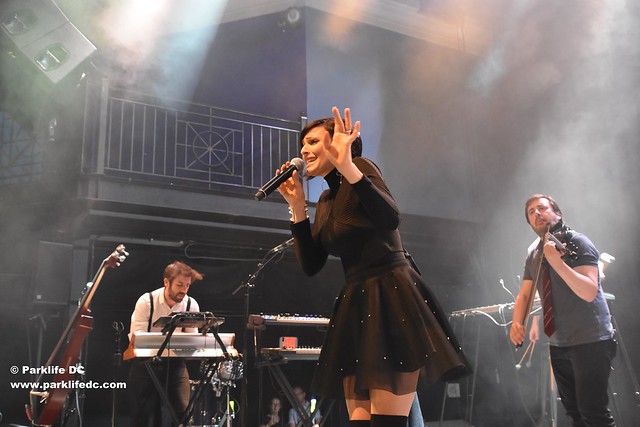 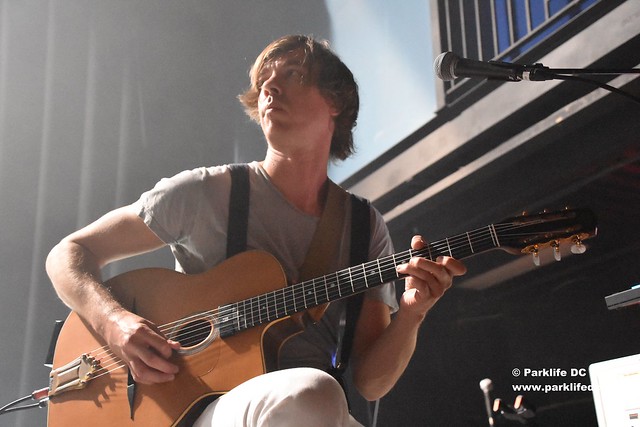 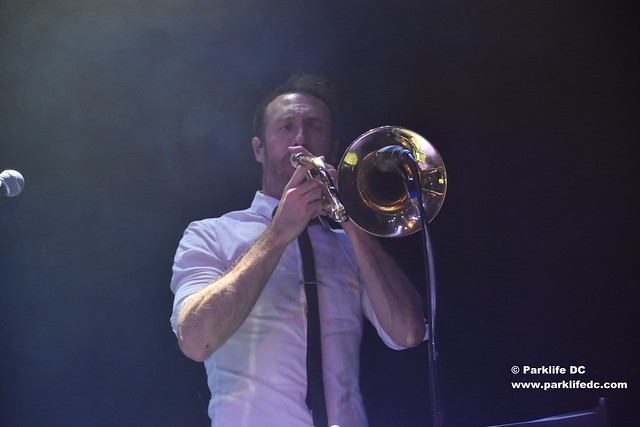 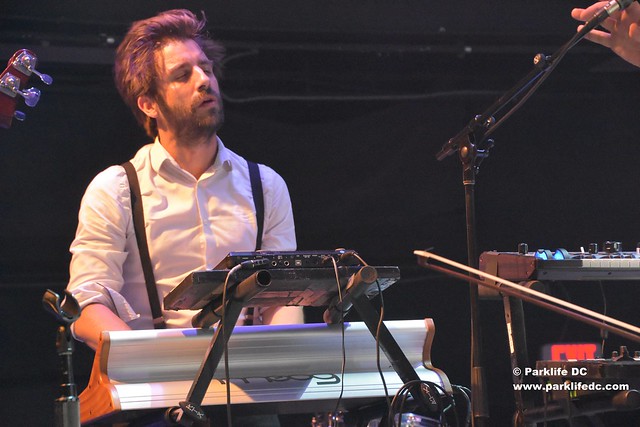 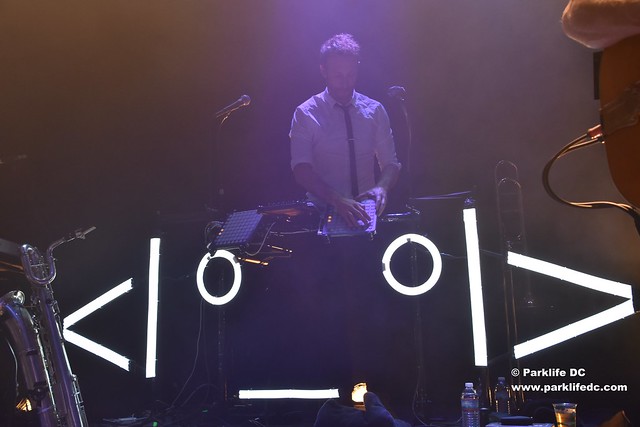 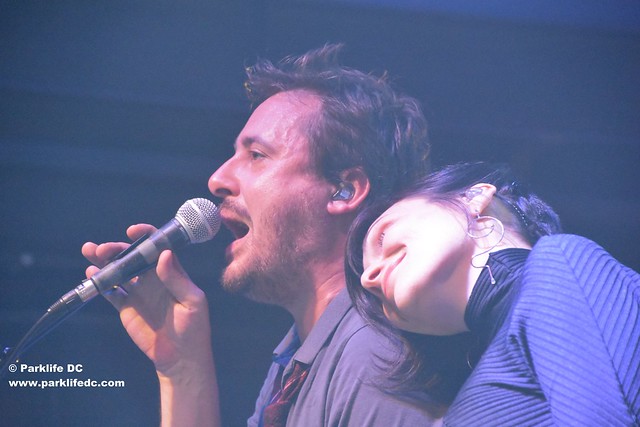 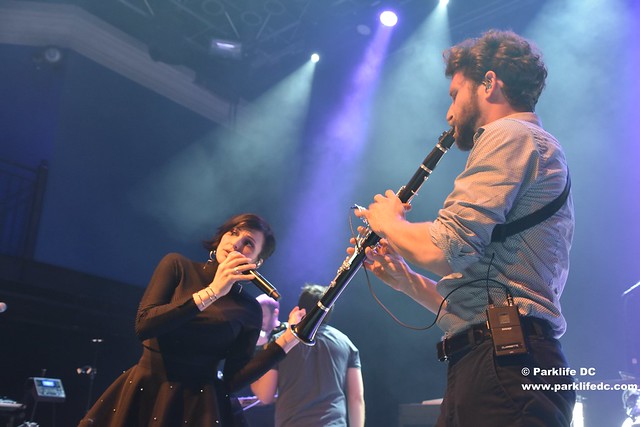 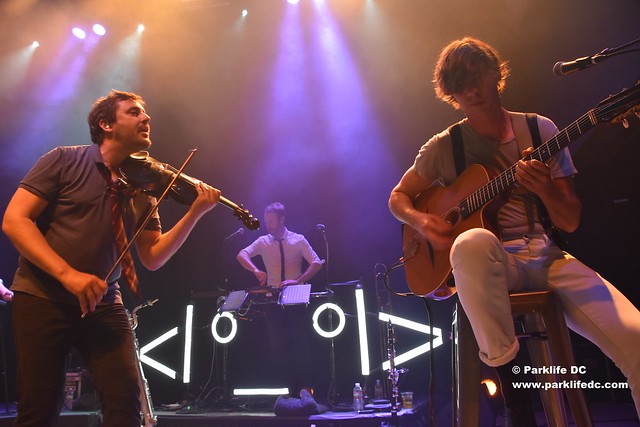