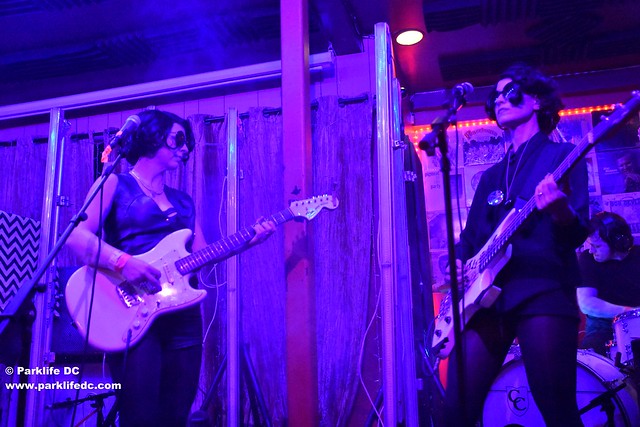 Phaedra and Elsa Greene of the Casket Girls perform at Songbyrd Music House on Saturday, June 11, 2016.

If the ’60s television incarnation of the Addams Family were to have a favorite pop band, the Casket Girls would likely fit the bill.

Cloaked in campy cemetery trappings without actually being scary, sisters Phaedra and Elsa Greene sing some rather winning dreampop. Clad in black outfits and shades, they harmonize sweetly with occasionally synchronized moves that could have been lifted directly from ’60s girl groups.

Working with Graveface Records, the sisters are touring from Savannah, Ga., with an ensemble of the label’s bands, and they visited Songbyrd Music House on Saturday, June 11. The Casket Girls released a new album, The Night Machines, earlier in June, and the songs are actually quite whimsical and winsome despite some melodies harkening to a creepy carnival act and occasional forced allusions to “graves” and “caskets.” If you cannot yet guess, I think the entire act would be stronger if it tossed out the shtick and stuck to the bare essence of the ladies’ truly appealing harmonies and guitars.

From the new album, Phaedra and Elsa sing “24 Hours,” a terrific song about making the most of your day. It’s the first track on the album, and right away the listener is introduced to the band’s concept of “eerie pop,” dreampop with that haunting instrumental and sweetly smooth vocals. I really quite like it despite the aforementioned camp trappings; it even strives for a hopeful note with its refrain — “If you wish it, will it come true?”

The next song on the album “Tears of a Clown” is also good if a bit more foreboding. It’s a condemnation of misguided priorities — “making money is for the birds.” And again, it’s a strong enough song to stand on its own.

Give the album, The Night Machines, a listen or purchase on Bandcamp, and you’ll hear some phenomenally catchy songs!

[bandcamp width=100% height=42 album=2729534546 size=small bgcol=ffffff linkcol=0687f5]
In concert, Phaedra and Elsa are joined on keyboards by Ryan Graveface, who is also a solid musician who happens to wear a natty sock of a hangman’s mask over his head. *sigh*. Ryan is the man behind the label, and I read that he discovered the Greene sisters singing and playing autoharp in a park one day, which totally strikes me as the sort of thing the sisters would be doing. They have proved quite prolific, releasing three albums on Graveface Records in the past four years — Sleepwalking, True Love Kills the Fairy Tale, and The Night Machines.

Finally, I would like to give a nod to the Casket Girls’ touring drummer, whose name eludes me. I rather appreciated his no-nonsense attitude and workmanship!

The entire band is really quite talented, and the Greene sisters are undeniably particularly good. I’m left scratching my head over the Graveface kitsch, however, and I think all involved would be a better band if they kicked it aside. Maybe you’ll disagree? You can find out yourself by catching the act on tour as part of the Graveface Roadshow with Casket Girls and Stardeath and White Dwarfs. The tour hits Philadelphia tonight, June 14, and continues around the United States through July 1.

Here are some pictures of the Casket Girls performing at Songbyrd Music House on Saturday, June 11. 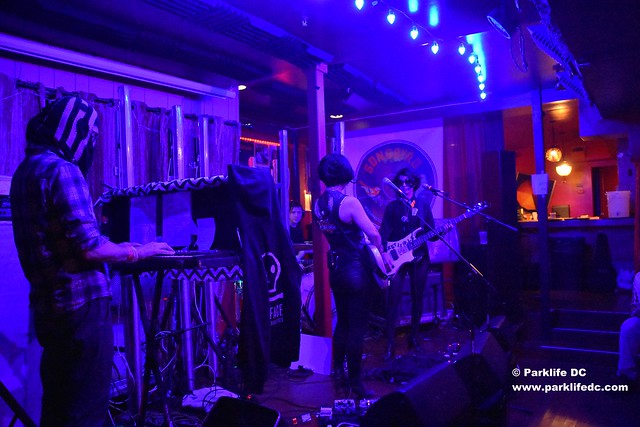 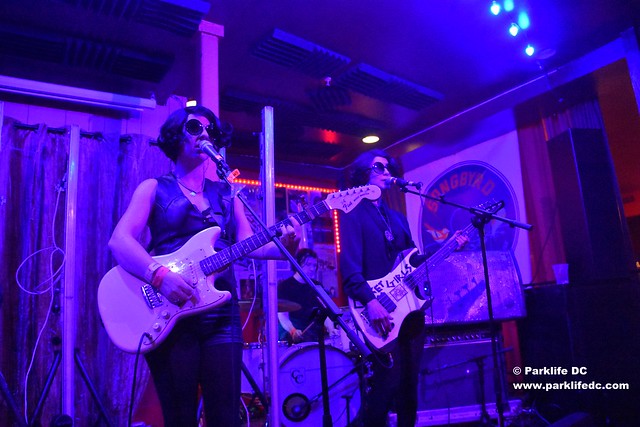 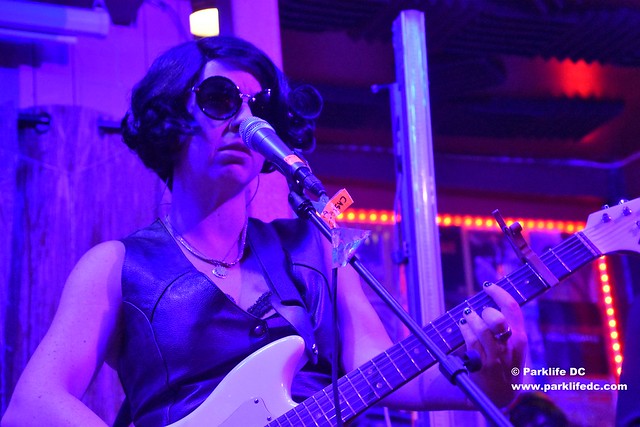 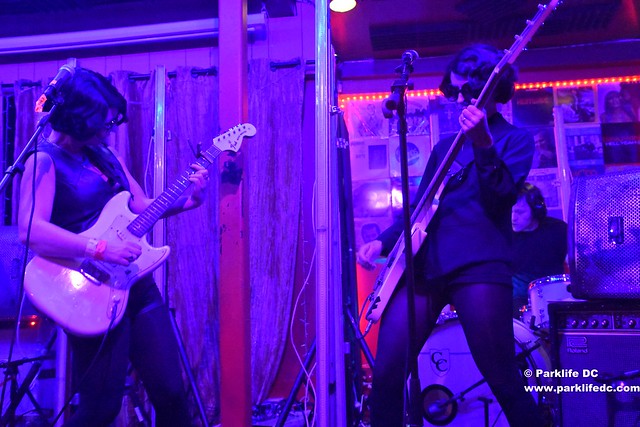 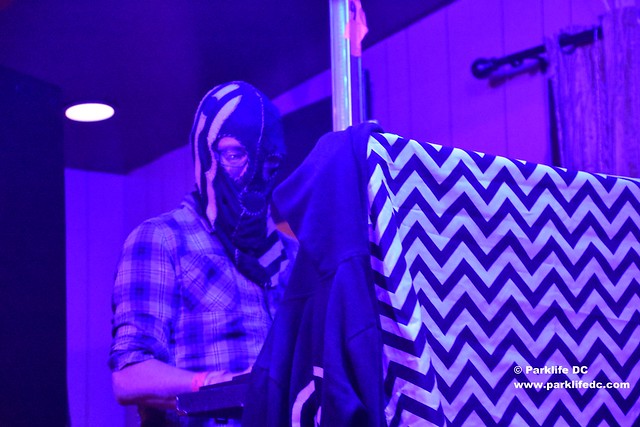 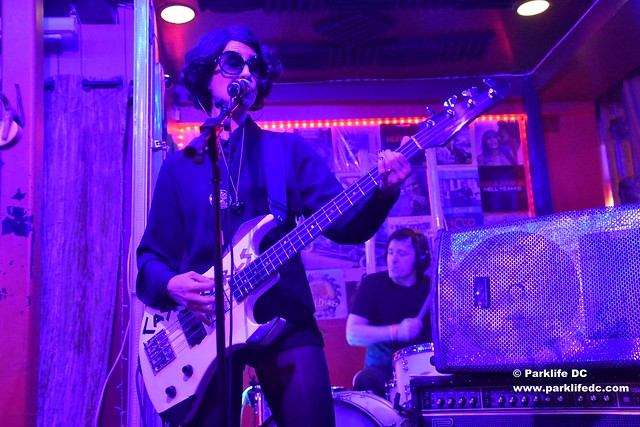 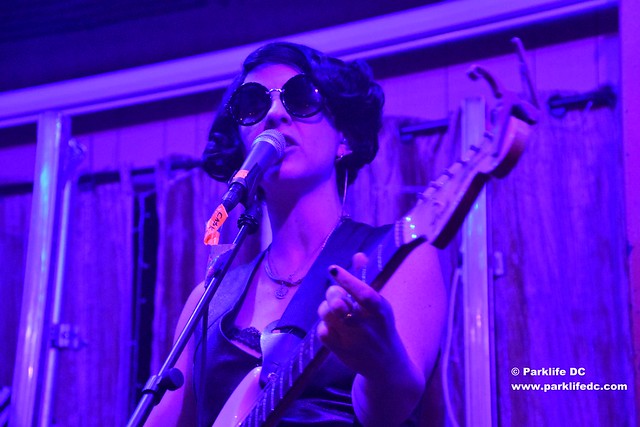 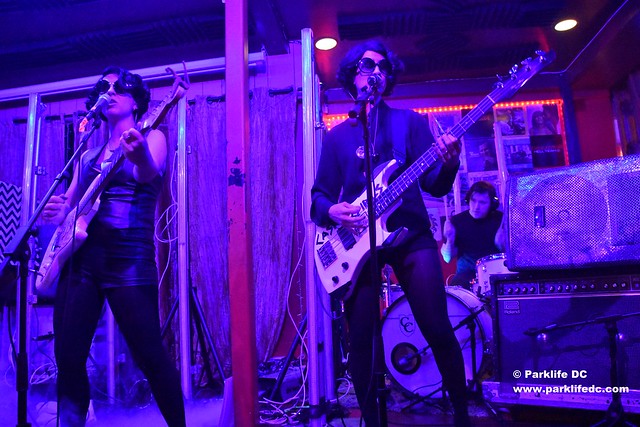 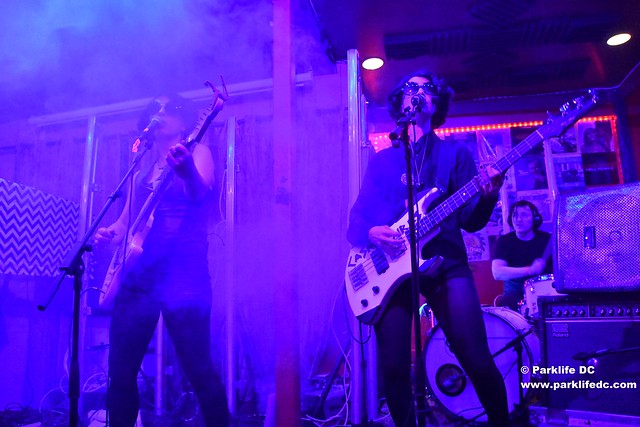 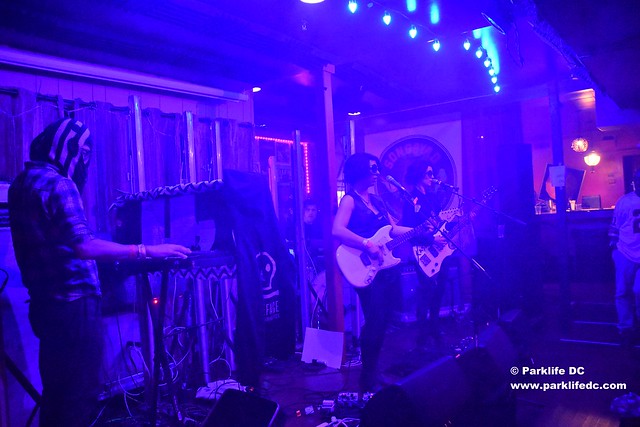 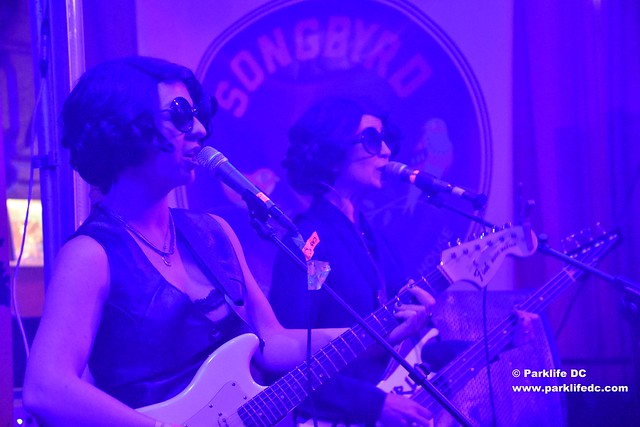