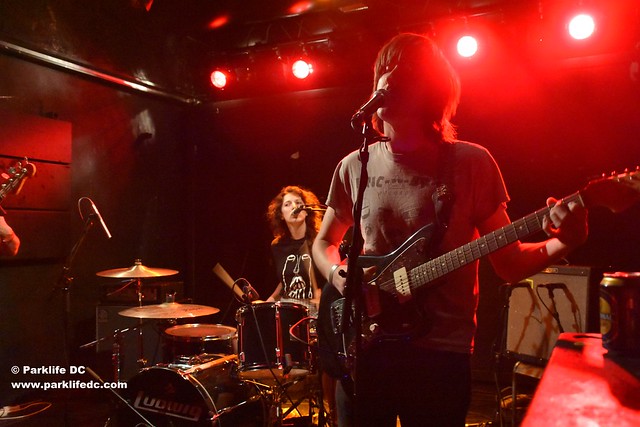 Kristin Leonard and Jared Molyneux of The Shivas rock out at L’Usine in Geneva on June 28. (Photo by Mickey McCarter)

Yours truly, your humble music concert correspondent, happens to be in Switzerland, where I will travel next week to the Montreux Jazz Festival for a day or two.

Meanwhile, I’m parked in Geneva, checking out the indie rock scene here, and its epicenter is surely the nonprofit arts building L’Usine, which hosts all manner of music parties. Produced by a promotions outfit calling itself Kalvingrad, L’Usine (Place des Volontaires 4, 1204 Genève) often hosts rock-n-roll concerts in a large, comfortable dancehall that can likely hold up to 700 or 800 people — approximate in size and configuration to the upstairs stage at DC’s own Black Cat.

It’s fortuitous then, that I got to see the space in action in a smaller configuration when American band The Shivas toured through Geneva from Portland, Oregon, slipping in a date in-between stints at European Festivals. A dedicated crowd of some 50 people showed up for The Shivas on Tuesday, and the band left a big impression on their Swiss audience who hungrily devoured every word and note delivered by the garage rock trio. You got the sense that an American indie rock band traveling through the area during the week was a rare treat indeed.

For their part, The Shivas fulfilled the crowd’s expectations and then some, serving up a full set from their five albums — the latest of which, Better Off Dead, which came out just a few short months ago via K Records.

Shivas founder and frontman Jared Molyneux looks exactly how you would want him to look — a fresh-faced garage rock musician from the Pacific Northwest with a taste for surf. Jared sings and plays guitar, thrashing around the microphone on tracks such as the gazey new album title track “Better Off Dead.” Jared is joined by a Shivas’ secret weapon: drummer Kristin Leonard, who surprises by harmonizing with Jared on some songs and taking lead vocal duties on others from her position at the drums. When she’s not singing sweetly to us, Kristin is a blur of drumsticks and hair as she pounds away full-throttle on more up-tempo songs like “You Know What to Do,” the excellent title track from their 2014 fourth album. The song is a great showcase for their surf tendencies as they turn the beat up a notch and just rock out. 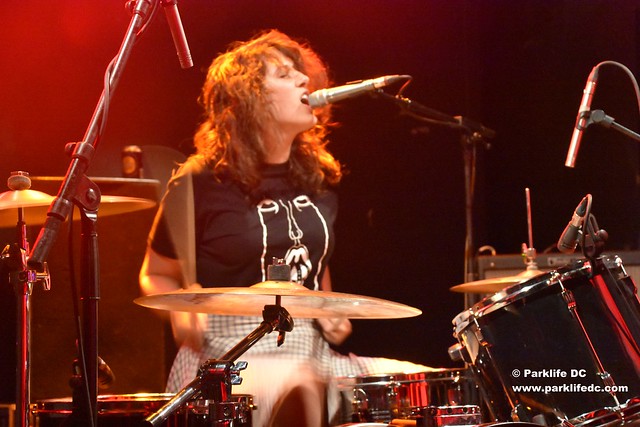 When things really heat up, bassist Eric Shanafelt proves to be an anchor, his wiry frame stoic as his hands dash over his instrument. He really gets to groove with songs like “Ride On,” another favorite from album four. Eric proves to be a perfect complement to Jared; he focuses on his bass while Jared bangs his head in time to Eric’s rhythms.

The Shivas also play the popular “Gun in My Pocket” from third album Whiteout! and they have a track on the new album that follows it up, “Gun in My Pocket (Revisited).” Both songs have a very twee sound, with the new number slowing down quite lushly. It’s a hypnotic ’60s-styled psych ballad that provides an interesting contrast to other more kinetic surf garage tracks.

In fine form indeed, The Shivas perform tonight in Paris, France, before a week of shows in the United Kingdom and then more dates across Europe in July. Hopefully, they will return to our area in DC soon enough! It turns out that I’ve seen them twice previously without writing about them — once opening for The Dandy Warhols at the 9:30 Club in 2013, and again when they shared a bill with La Luz and Craft Spells at Comet Ping Pong in 2015. Well, I’ll certainly be sure to see them and write more about them the next time they are in my city, and you shouldn’t miss them either.

Here are some pictures of The Shivas performing at L’Usine on Tuesday, June 28, 2016. 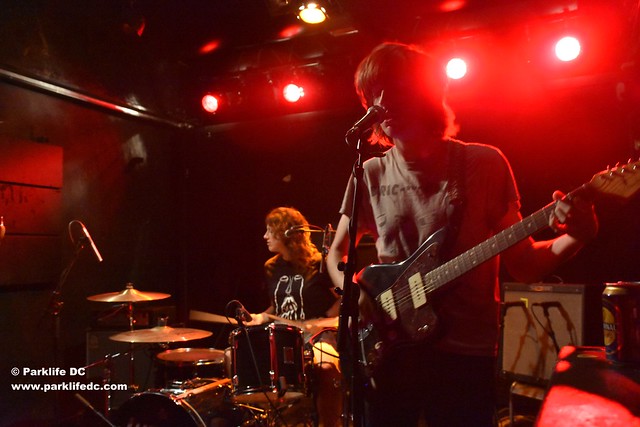 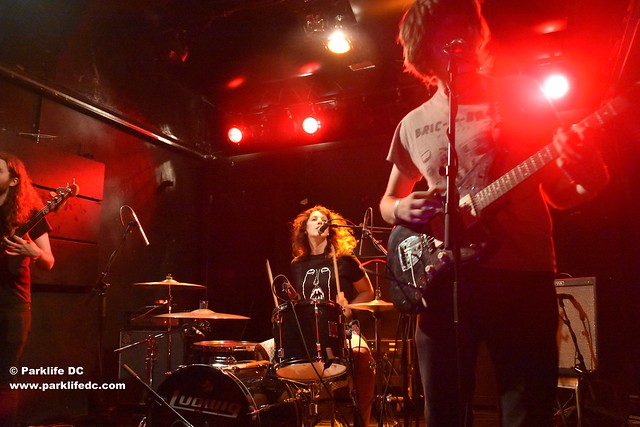 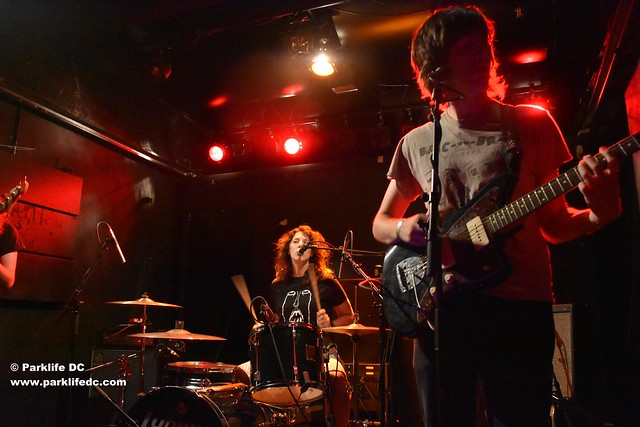 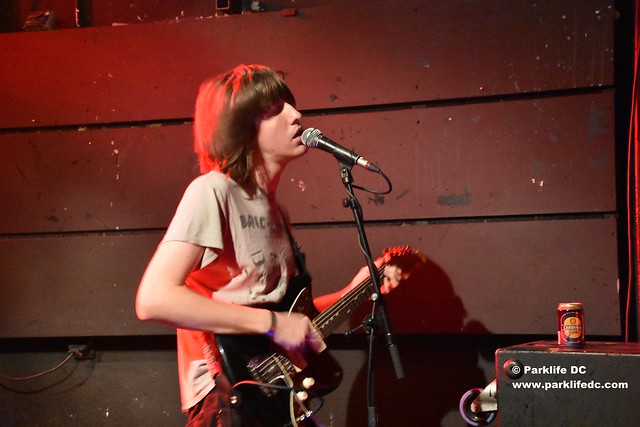 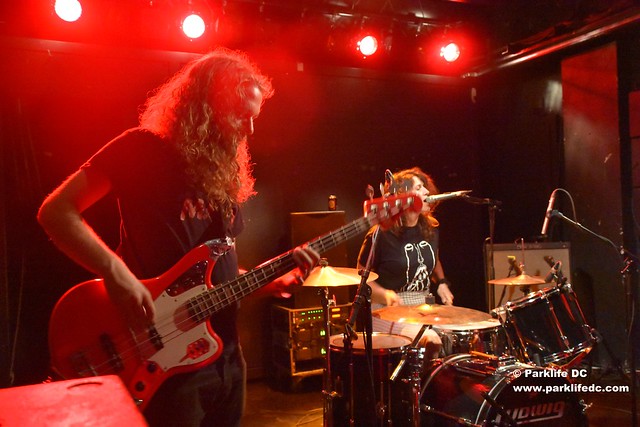 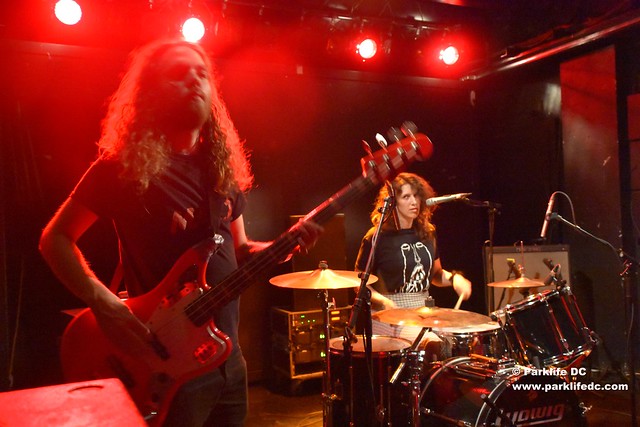 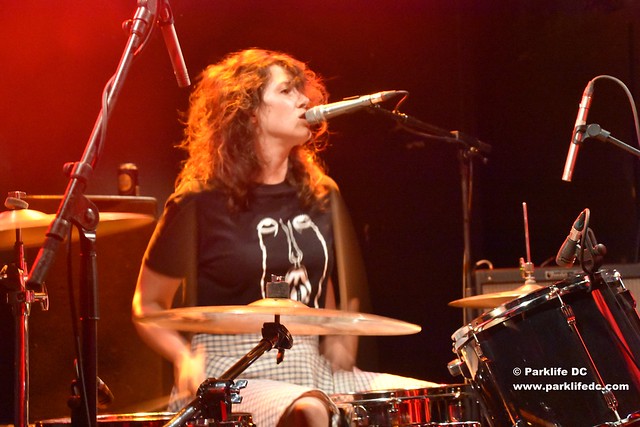 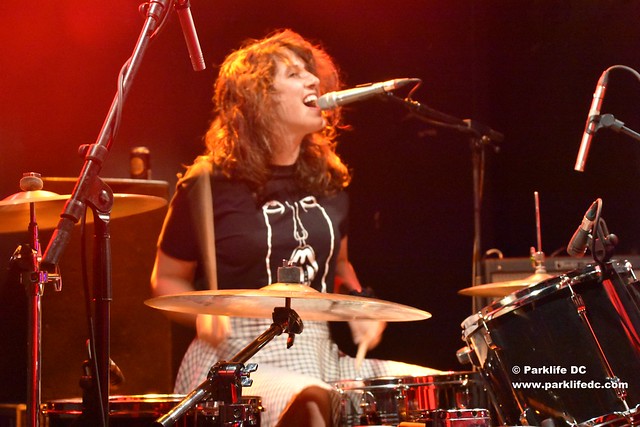 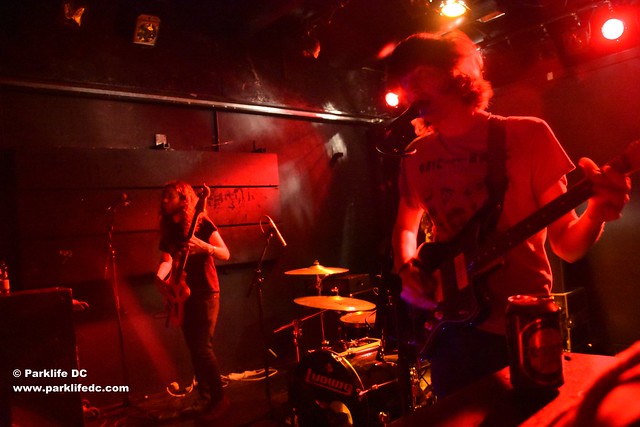 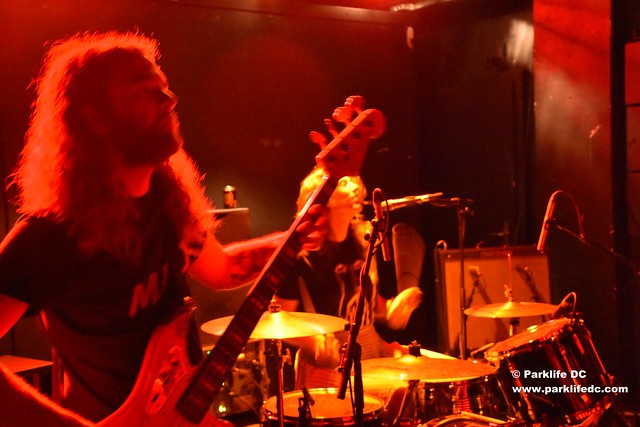