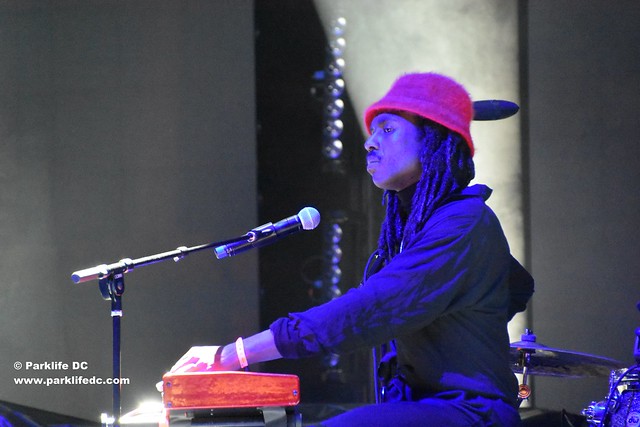 Blood Orange aka Dev Hynes released his hotly anticipated third album Freetown Sound on June 28 via Domino, and then announced a limited run of shows called “Welcome to Freetown” to commemorate it.

This initial run of eight shows begins on August 24 in Los Angeles, but lands here in DC with a stop at the Lincoln Theatre on Tuesday, Sept. 13.

The new collection of sparkling, funky R&B signature songs from the UK crooner are collectively named after Freetown, Sierra Leone, where Dev’s father was born.

Watch the official music video for “Augustine,” featuring some cool air piano and some dazzling real piano from Dev, by Blood Orange on YouTube:

“Dev Hynes’ work–populist, experimental, healing, agitating, straightforward, multi-layered–demonstrates this unfailingly. Prince’s radical pop spirit lives on in many artists. But none are channeling it more fully, or artfully,” said Rolling Stone of the album.

I too thought of Prince when I saw Blood Orange perform at Moogfest 2016 in May in Durham, NC. Like the late superstar, Blood Orange doesn’t like to stick to one genre, often mixing new wave sounds into his alt-R&B palette.

If you’re hungry for talent and substance, this show will fulfill your appetite. Tickets are available online.