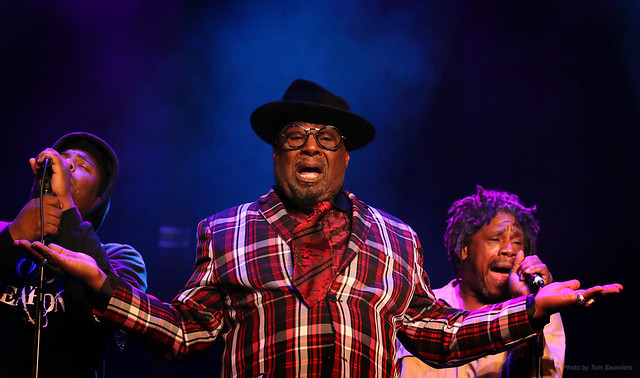 Mark your calendars for Saturday, Sept. 24. If you see no other bands the rest of this year, go see George Clinton and Parliament-Funkadelic!

I have seen P-Funk several times, and it is one of the best shows you can see. The thing is, you don’t even need to know their music to enjoy the show. The other thing is, you probably already know some of their music and you just didn’t realize it.

Check out these two songs and see if they sound familiar:

What I was most surprised and impressed by when I first saw them was how musically talented they are. This is not just a dance party. There will be three or four guitarists, a few drummers that switch off throughout the night, LOTS of people singing, and all kinds of other fun stuff.

You may know the backstory. Basically, George created two groups — Parliament and Funkadelic. The two bands ultimately became one, which was logical because most of the members were in both groups anyway. George started his musical journey back in 1956 and is still going strong at the age of 75!

The 9:30 Club is going to be rocking! I encourage you to put that on your calendar; you’ll be glad you did. If you are going to come, you might want to get yourself some caffeine. (Thanks for that upstairs coffee bar, 9:30 Club!) The doors don’t open until 8pm and once P-Funk comes onstage, there’s no telling how late they will play. I think if it was up to the band they might throughout the night. This is going to be a great show!