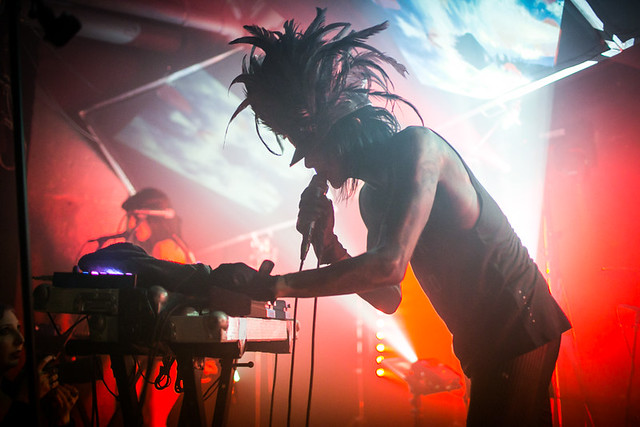 IAMX is a solo project by Chris Corner (formerly of Sneaker Pimps), mixing industrial with synthpop/trip hop. His live shows are supported by two keyboard players and a live drummer but the drummer is barely visible behind the four screens and of course the drum set.

The audiovisuals and the band on the front keep you focused on what is on the foreground that you forget everything else (including the drummer) for a solid hour and half.

Friday night’s show at U Street Music Hall packed a punch but I honestly didn’t expect anything less. After my first IAMX show (also at U Hall), I walked out wondering what the hell just happened? Where am I? What am I supposed to do now? This time I decided to pay close attention to details and figure out how he does it, but I am none the wiser.

The two keyboardists and Chris do not slow down at any point; they put every song out like it is the last one they’ll ever do. Even the slower songs are intense and leave you holding your breath.

The biggest surprise for me was that the DC masses still haven’t found IAMX. I hope next time he comes around, I get to buy a ticket to 9:30 Club instead. 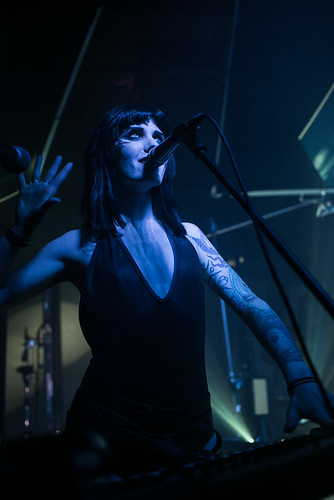 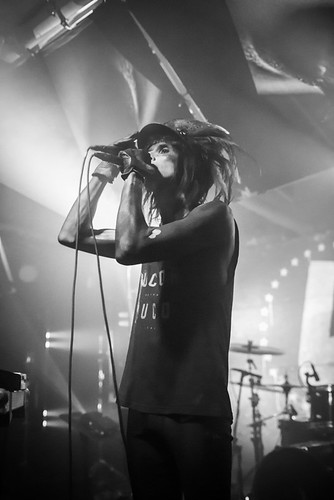 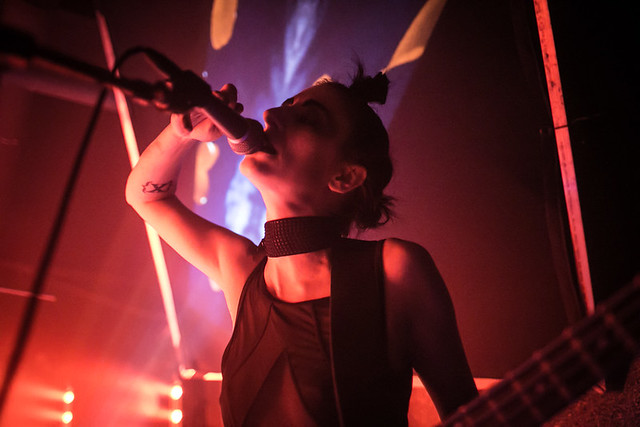 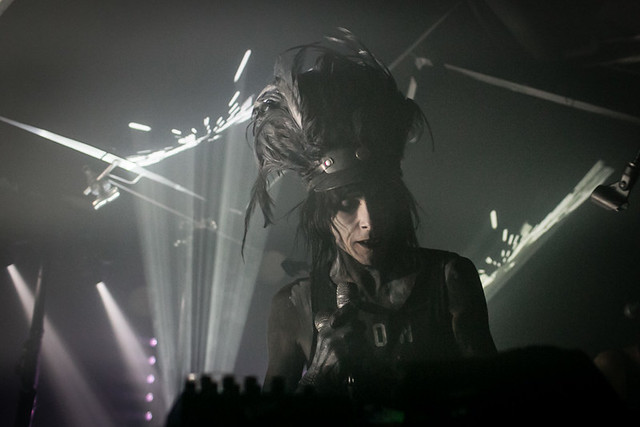 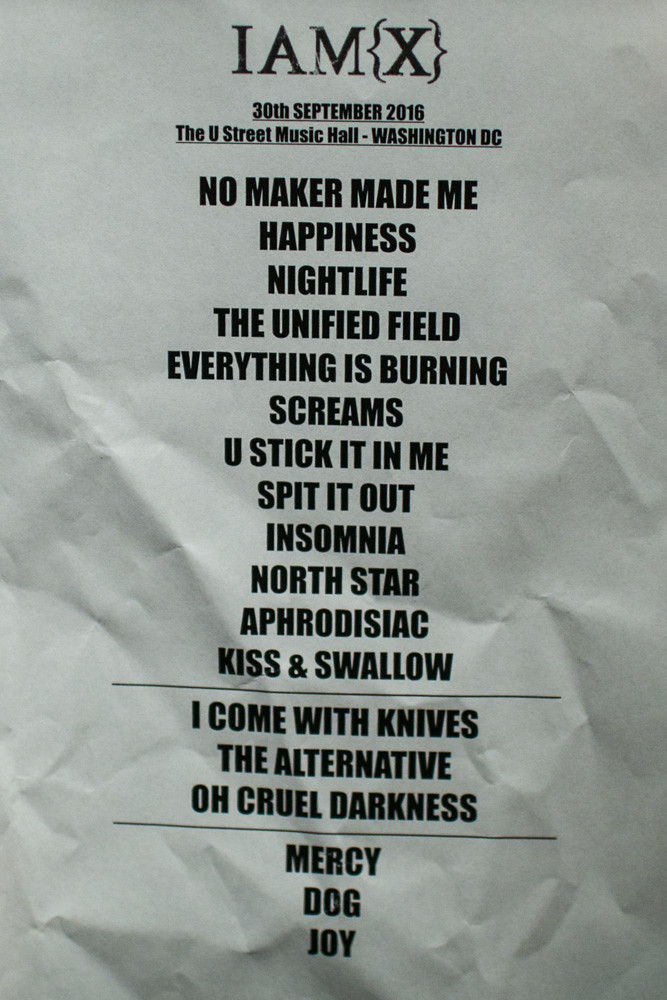