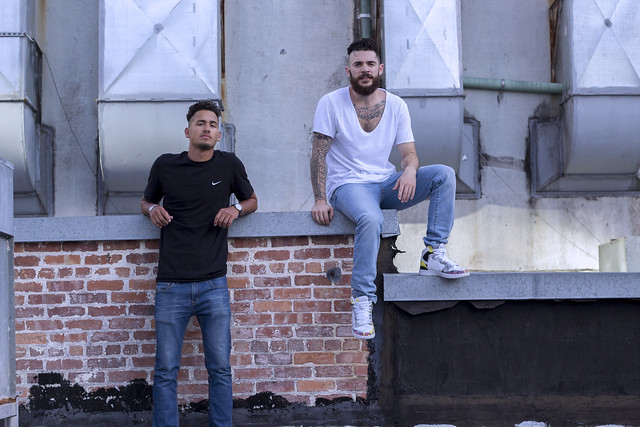 Jon and company blew the roof off The Fillmore Silver Spring on Monday. The crowd was hyped and loved every minute of it.

I was amazed by how big of a following Jon has. It’s not a surprise though. He has created a one-of-a-kind sound that draws from multiple influences anywhere from Kanye West to John Mayer. He also is a big fan of Disney Pixar, and he has stated that he hopes to one day score a movie from them.

But Jon is a true artist. He creates his album art, he creates all of his music, and he produces it as well. He does it all, but he is not a one-man show. Although their names may not be known to the public, Jon has a really great backing band. They do not just hang out in the background; they are actually a big part of the show and he clearly enjoys performing with them. He also was joined on stage by Travis Mendes, who he has collaborated with on a few tracks, throughout the evening.

Most probably know Jon due to his recent hit “All Time Low,” which has been climbing the charts and now sits at 35 on Billboard’s Hot 100. He also wrote the hit song “The Monster”, which is performed by Eminem and Rhianna. In addition, Jon has put out mixtapes and singles, culminating with his debut album,  “Human Condition,” which was released in June. If you haven’t heard it, you can check out his hit single below:

Jon has found this unique mix of genres and they all come together just right for a great sound. This guy is really just getting started and I am am excited to see where his career will take him. I can tell you that, although I just recently came across his music, I already am a fan. He does things right, and he’s a great example for musicians striving to produce music and make it in the music industry.

He’s clearly doing something right as the show at The Fillmore Silver Spring was sold out. I would tell you to try to check him out on the rest of his tour, but ALL of his US stops are already sold out. It’s worth keeping your eyes open if more tickets become available. There was mention of a 21 Pilots/Jon Bellion tour next year — something to look forward to. Keep that one in mind because if it does come together, I can guarantee the tickets will sell out VERY quickly, maybe within hours.

In the meantime, you can still enjoy his music, and I highly recommend that you do. There is really something in it for everyone. I will leave you with two of my favorite songs of his new album “Human Condition” to get you started.