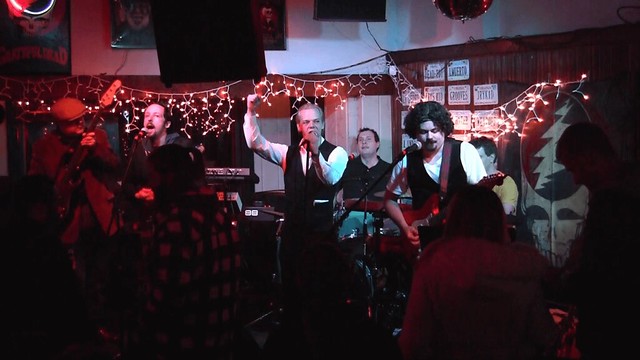 A six-man band in Richmond, Virginia, aims to keep alive the spirit of David Bowie, and they are coming to DC to perform at Gypsy Sally’s on Friday, Jan. 6.

David Bowie would have turned 70 on Jan. 8, so this is a perfect opportunity to come out and salute the music icon. (Our own DJ dance party — Careless Memories: Happy Birthday, David Bowie — follows shortly after at Dodge City on Thursday, Jan. 12!)

After Life on Mars perform at Gypsy Sally’s, they perform at The Camel in Richmond the next night. Since launching in October 2015, the gents have performed steadily in Richmond and nearby cities, appearing at venues like The Camel and The Broadberry.

Check out a video of Life on Mars performing “Let’s Dance” by David Bowie in a video from May 2016 on YouTube: