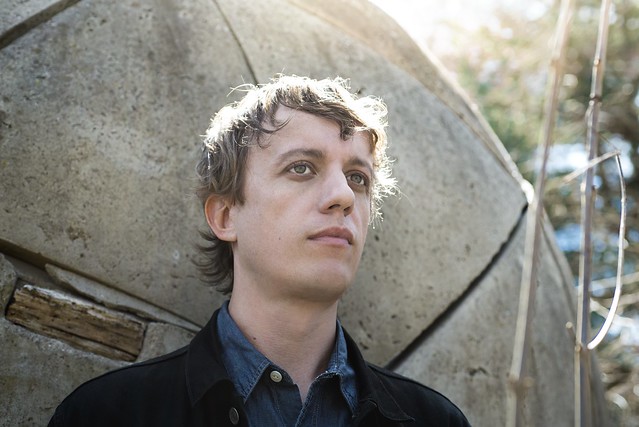 The prolific Steve Gunn recently released a new album Eyes on the Lines, via Matador, and he has embarked on a solo acoustic tour that stops at the Rock and Roll Hotel on Friday, Jan. 20.

Many of us might recall Steve from his work with Kurt Vile, but the Brooklyn-based singer-songwriter has released a wealth of material since his self-titled solo album in 2007, often collaborating with other artists such as Golden Hiss Messenger. (Let’s not forget that Steve released a crazy nine albums of acoustic guitar music with GHQ between 2005-07!)

In tunes like “Park Bench Smile” and “Ancient Jules,” Steve presents shimmery guitar chords that give his folk rock a pleasantly powerful punch.

Watch the official music video for “Ancient Jules” by Steve Gunn on YouTube:

Pitchfork praised Steve’s new album, describing it as an album about exploring. “Every song happens on the way to something else, in the patches between starting out and ending up. Often it’s unclear exactly where Gunn’s characters are headed, or why, but the flux in his words and music is vivid. To get caught up in these tunes is to eschew standing still,” said Marc Masters.

(Although Steve is touring solo, he recorded the album with a band that included Mary Lattimore on harp, and she stops by the 9:30 Club to open for Parquet Courts on Feb. 13, so make note of that show also!)

If that weren’t enough, Steve is on a co-headlining tour with guitarist Lee Ranaldo, formerly of Sonic Youth. Don’t miss this great double bill. Tickets are available online.