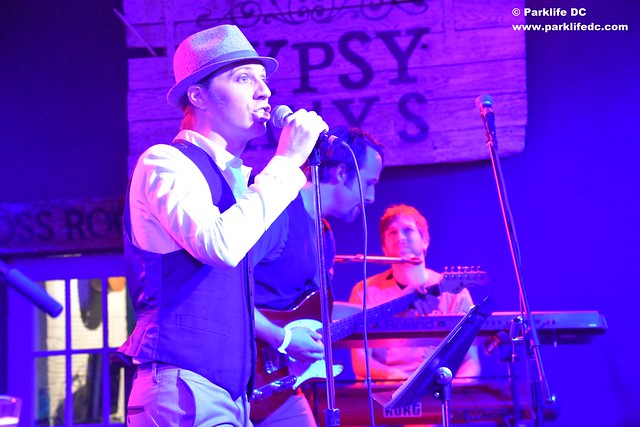 Halloween Jack may have been a real cool cat, but so are the six gents who performed at Gypsy Sally’s Friday in a David Bowie tribute band called Life on Mars.

Formed by bassist Rusty Farmer, Life on Mars hails from down the highway in Richmond, Virginia, and they drew a remarkably full house here in DC for their show. Gypsy Sally’s wasn’t quite sold out, but navigating the room proved to be close quarters for those of us there to dance the night away to the Bowie catalog. 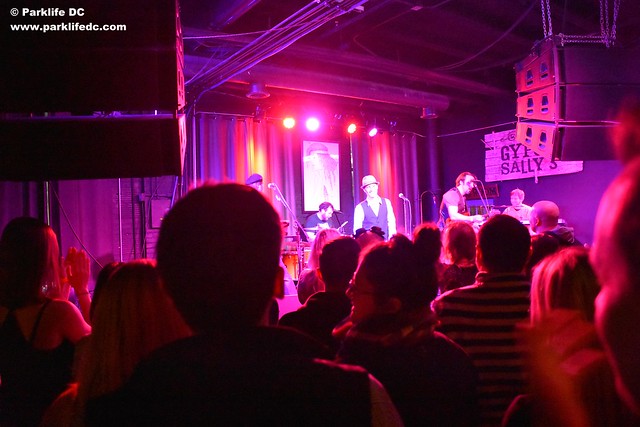 And dance we did, as Life on Mars jumped through roughly 20 Bowie songs, starting with “Space Oddity.” The band captured the groove of the selections, particularly the glam rock era Bowie, powered by their two guitarists — John Conley and Brandon Martin. The two axemen relished the opportunity to rock out to “Ziggy Stardust,” “Moonage Daydream,” and “Starman,” adding theatric touches like guyliner and an appropriately ruffled shirt in John’s case.

Rusty kept a relatively low profile in the back of the stage with drummer Aaron Thompson, but they also kept the rhythm tight through “Diamond Dogs,” “Scary Monsters,” and “Fashion,” striking with bass and drum when they mattered. Keyboardist Brandon Mitchell struck a good note in many songs, particularly the synthy “Cat People.”

The gents brought along with them a guest vocalist Matt Shofner, who brought bright enthusiasm to every song. If Matt occasionally sounded a bit like he was singing Broadway showtunes instead of Bowie numbers, that was okay with the audience, who soaked up the energy and came prepared for a touch of camp in their tribute band.

Life on Mars ended their show on high notes indeed. By “Let’s Dance,” the entire room was indeed dancing. And they were a little daring in my opinion to add “I’m Afraid of Americans” in the end of their set.

I was worried initially how the band might handle the spikey edges of “I’m Afraid of Americans,” but I was pleased to hear Life on Mars simply translate the song’s melody with more glam stomp, making it pleasantly congruous with the rest of their set. In particular, John earned applause for throwing down with gusto as Life on Mars wrap up the show.

Life on Mars perform regularly in Richmond and the surrounding area, although they don’t appear to have a date scheduled now. Hang on to yourself until you can catch them in Richmond or again in DC. (Meanwhile, if you’re looking for more Bowie celebrations this week, join Parklife DC at Dodge City for our Bowie night on Thursday, Jan. 12!)

Here are some more pictures of Life on Mars performing at Gypsy Sally’s on Friday, Jan. 6, 2017. 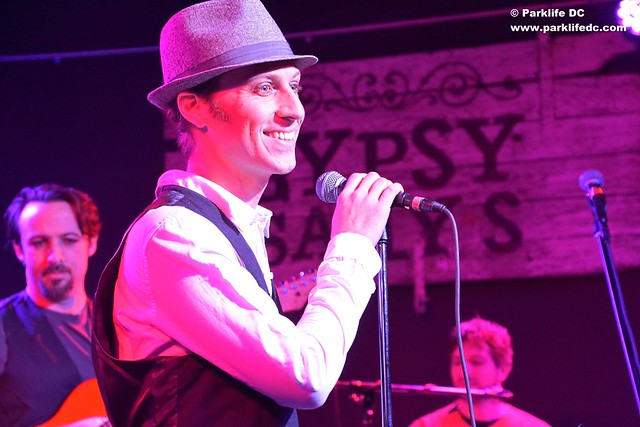 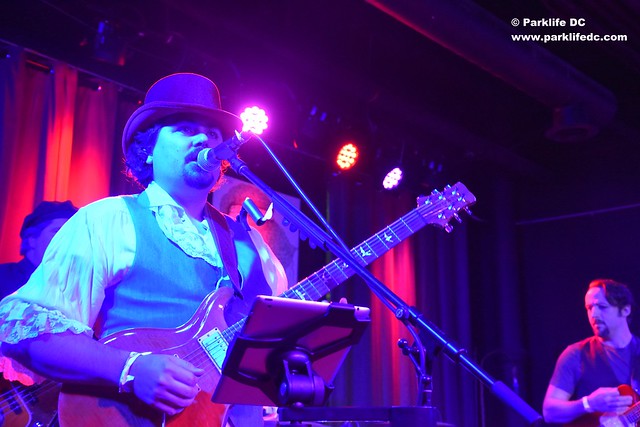 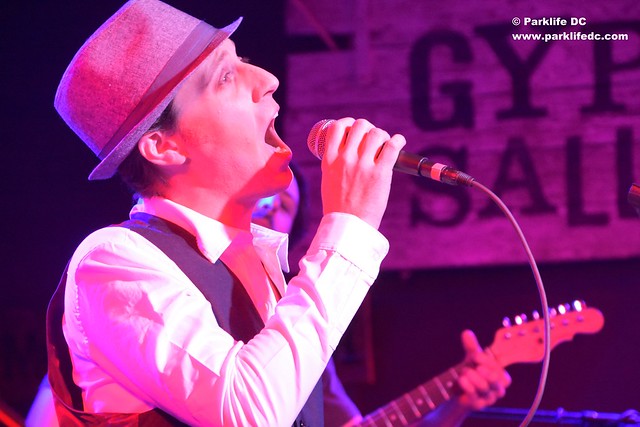 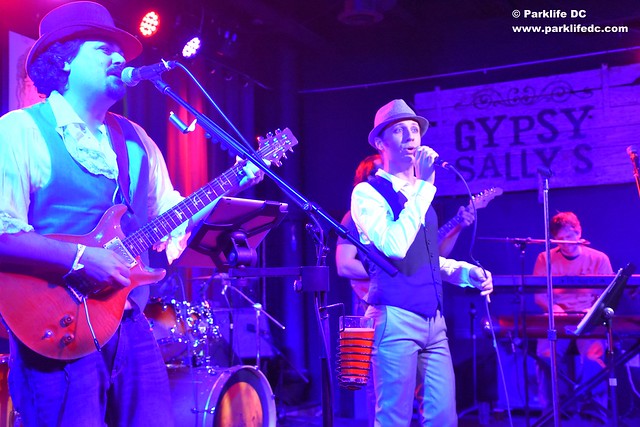 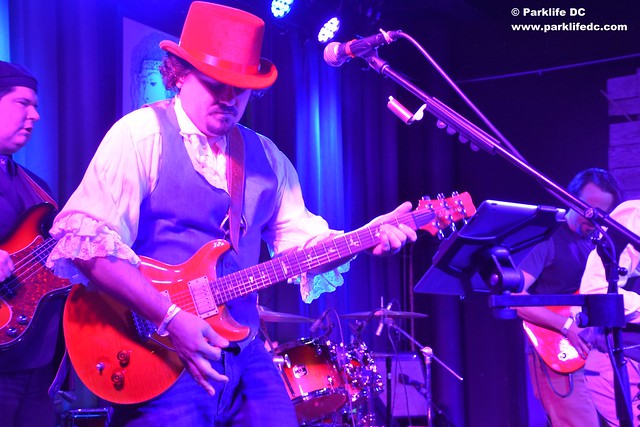 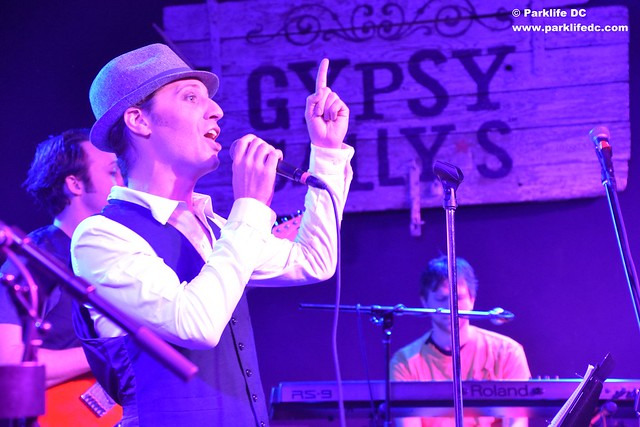 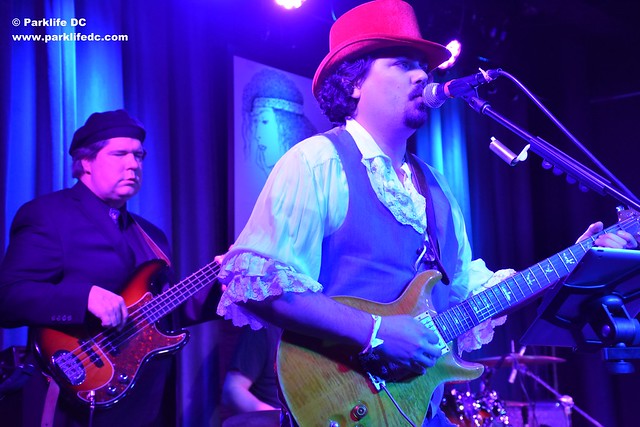 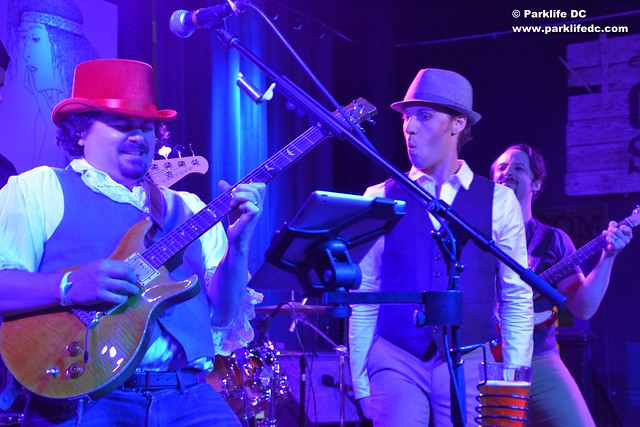 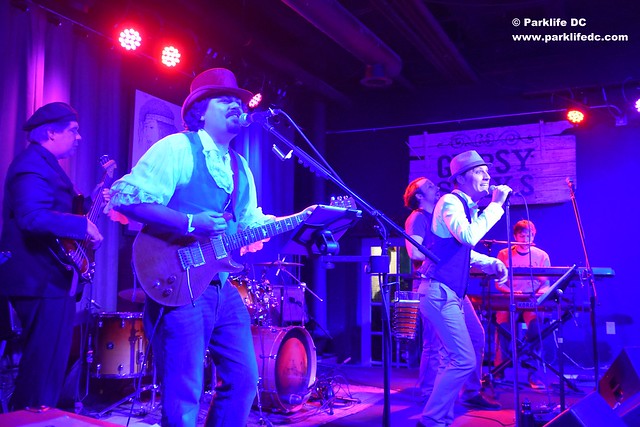 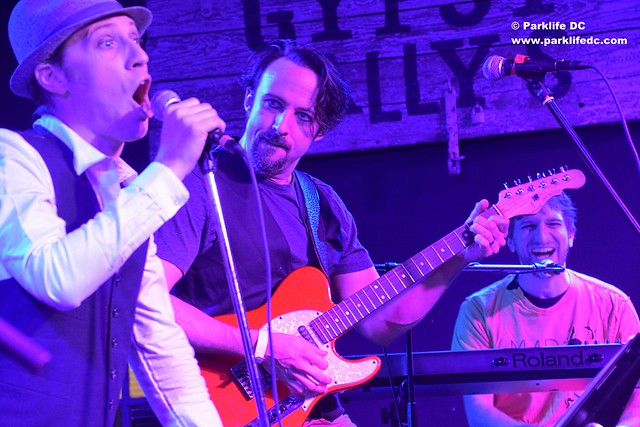