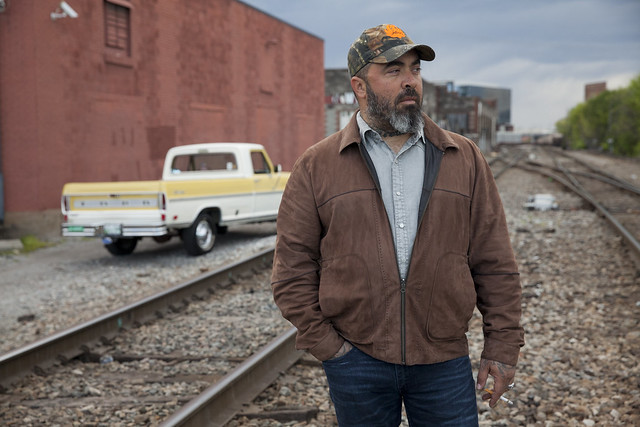 Aaron Lewis is proud of being old school. The former vocalist for Staind has taken his no-nonsense approach to music into country, releasing his second solo album SINNER via Dot Records on Sept. 16.

He’s been touring in support of that album, and he stops locally at The Fillmore Silver Spring on Wednesday, Feb. 1. On the lead single of SINNER, titled “That Ain’t Country,” Aaron admires the days of yore when Charlie Daniels, Merle Haggard, and George Jones had something to say.

Watch the official music video for “That Ain’t Country” by Aaron Lewis on YouTube:

“I grew up listening to the country greats — Willie, Merle and Waylon,” said Aaron in a press release. “When turn on the radio in my car, I don’t even recognize what is now considered ‘country’ music. So it was important to me when making this new album that I was true to myself and what I believe is good music. My mouth often gets me in trouble when I express this opinion, but it’s the truth.”

Aaron must know what he’s talking about as SINNER debuted on the US Billboard 200 at #4 and at #1 on the Top Country Albums chart. Check him out yourself at The Fillmore!