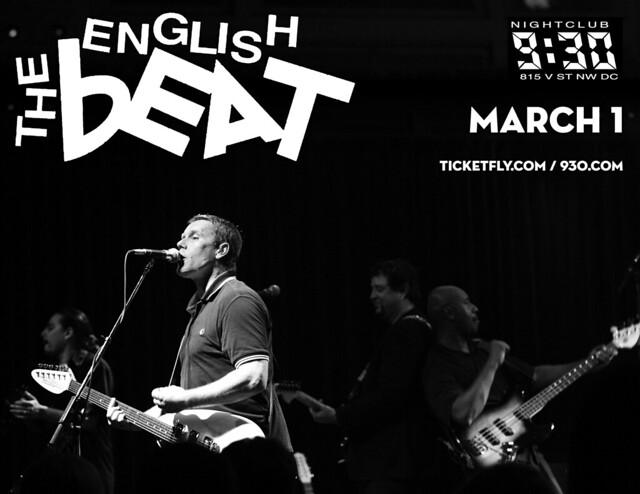 Dave Wakeling and The English Beat have been no strangers to DC, last performing at the 9:30 Club to open for Squeeze last fall. The band next return to the 9:30 Club on Wednesday, March 1, to provide a proper headlining set.

The English Beat will come equipped with plenty of old favorites, such as “Mirror in the Bathroom,” “Save It for Later,” and “I Confess,” but they also launched a very successful Pledge Music campaign recently to finance their new album, Here We Go Love, which has experienced delays in its release. In the latest from the band, they say on Facebook it will receive a final mix in February and presumably out soon after that, so perhaps in time for the March show at 9:30 Club, but likely a little after?

Watch the official music video for “I Confess” by The English Beat on YouTube:

Parklife DC is giving away a pair of tickets to see The English Beat at the 9:30 Club. To win, simply leave a comment on this blog. You can leave any comment, but we would like to know your favorite song by The English Beat!