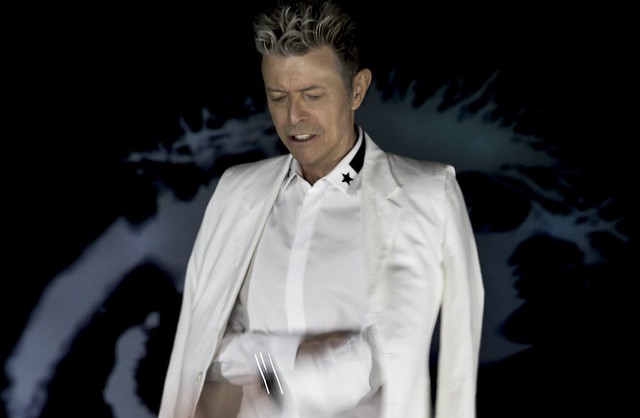 He was the first modern pop musician to embrace reinvention, moving deftly across genres and lending his incredible voice to glam, soul, new wave, and industrial.

David Bowie would have turned 70 on Sunday. He passed away a year ago yesterday. In DC this week, various events have celebrated his life and legacy. We’ll continue that celebration tomorrow night at Dodge City with a monthly edition of our DJ party, Careless Memories: Happy Birthday, David Bowie.

Let’s dance on Thursday to an evening of Bowie music. Do you have any requests? Feel free to share them now in the comments below.

On Bowie’s birthday, Columbia Records released a video for his song “No Plan.” Watch the official music video for “No Plan” on YouTube:

The “No Plan” video, directed by Tom Hingston, provides visuals for a song released as part of the Lazarus Cast Album and then released this week as a separate EP. Rolling Stone ranked the song #4 on their 50 Best Songs of 2016, calling it “a magnificent coda… one last transmission from the Bowie universe.”

The new video attracted more than 500,000 views in its first 24 hours online, while the No Plan EP reached #1 on the iTunes charts of 11 countries including the United Kingdom, Netherlands, Denmark, Ireland, Norway, Finland, and Sweden, and broke the Top 20 in more than 30 territories.

Celebrate Bowie’s ongoing achievements with us Thursday at Dodge City. Admission is free. RSVP on Facebook or simply join us there!