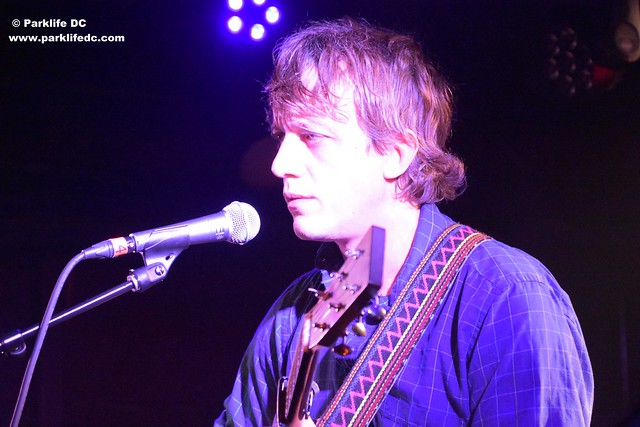 Steve Gunn came to DC with Lee Renaldo on Friday mostly to mourn the results of the election. He began his set with “Old Strange,” a song from his 2013 album Time Off, which was about the surprise death of a friend.

The song was written in response to Steve feeling “blindsided,” he told the very full house at the Rock and Roll Hotel, a feeling he also experienced with the results of the election.

The rambling, psychedelic tones of the song set the stage for the rest of the set. As with a lot of Steve’s music, there is a sense of meditative calm but also of sadness — no surprise in this case given the inspiration for the song. 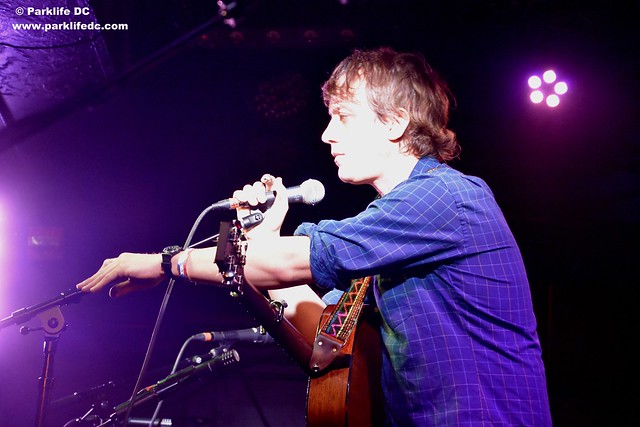 Steve also has been playing new songs from his new album, Eyes on the Lines, released last year via Matador. He strikes an upbeat note with “Conditions Wild,” where he delivers the lyrics in a sing-song matter over a vibrant guitar. Steve similarly strikes a rambling and more upbeat note on “Ancient Jules,” another song on which he sings with clear, easygoing voice. These numbers where Steve sings serve to add some variety to the mix. The more winding psychedelic numbers serve to wind us up and wind us down, while the songs on the new album keep moving — which is fitting because Eyes on the Lines is about traveling, searching, and finding yourself.

At the end of his set, Steve plays “Mr. Franklin” from his second solo album. Steve plays with his eyes affixed to his guitar, melancholy notes rolling out from its strings. The bluesy number, from 2009’s Boerum Palace, is a bit aggressive but mostly sets the audience into a contemplative trance. Given that the live song gets a bit of reverb and that Steve focuses down on his instrument, I am inspired to call it bluegaze (combining a bit of blues and shoegaze, you see!).

Steve and Lee wrapped up their tour in their home city of New York on Sunday, drawing their double bill to a close. Steve doesn’t currently have any shows scheduled, but keep your ears peeled for the bluesy psych rocker. He’s a prolific collaborator and a frequent performer, so no doubt he’ll be out on a stage again near you soon.

Here are some more pictures of Steve Gunn performing at the Rock and Roll Hotel on Friday, Jan. 20. 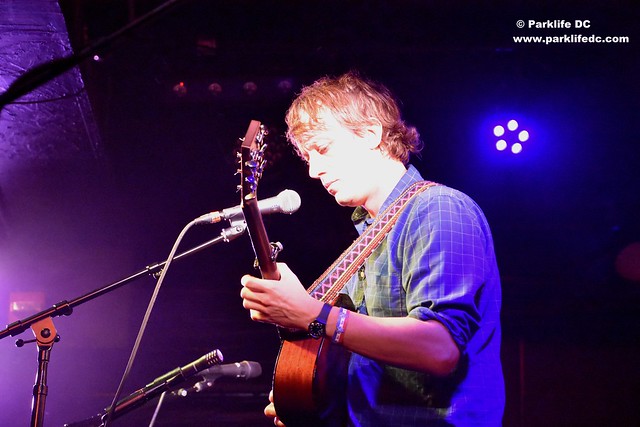 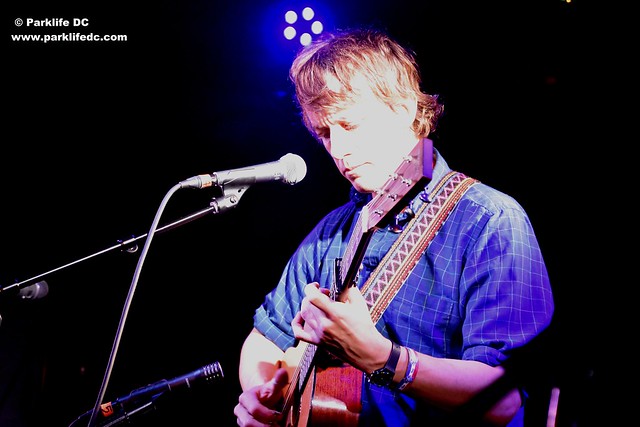 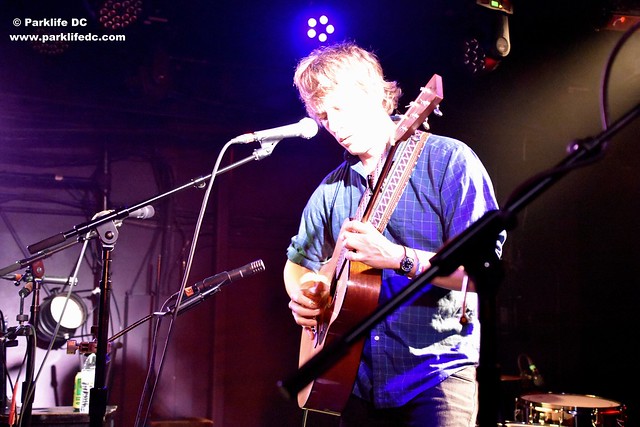 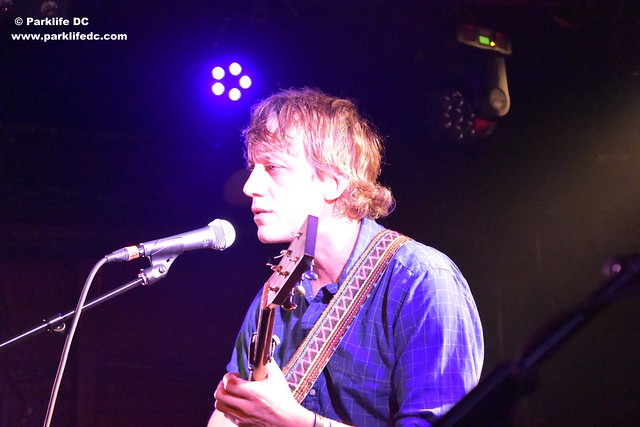 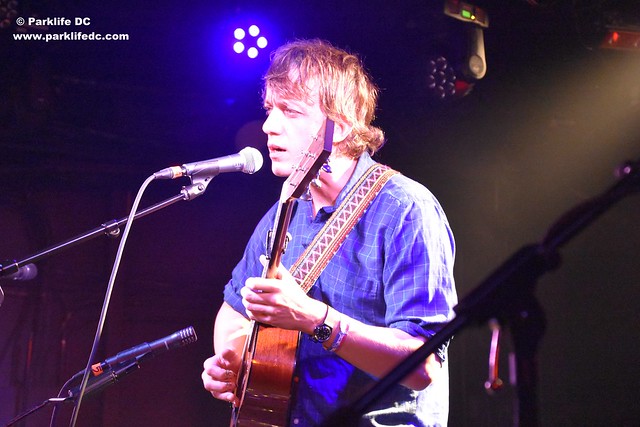 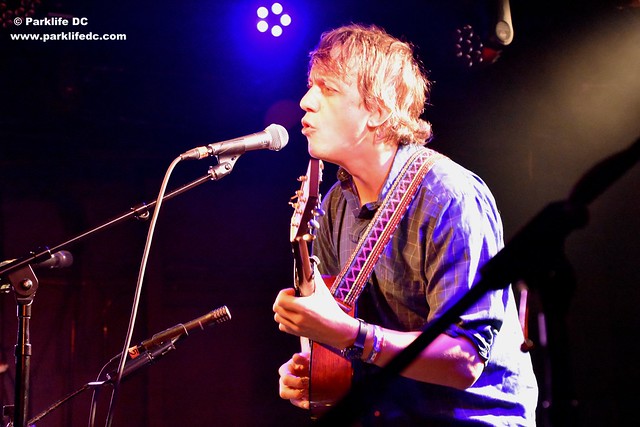 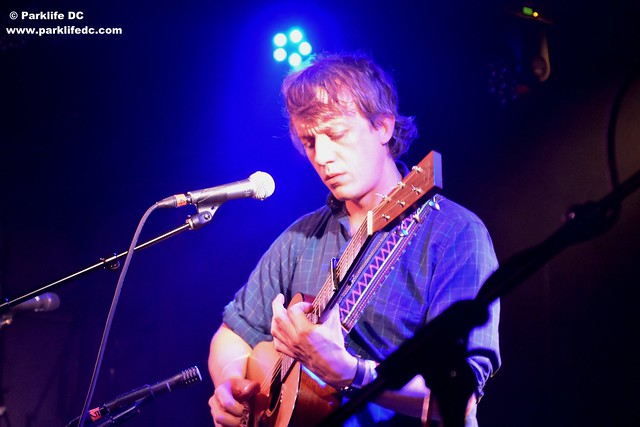 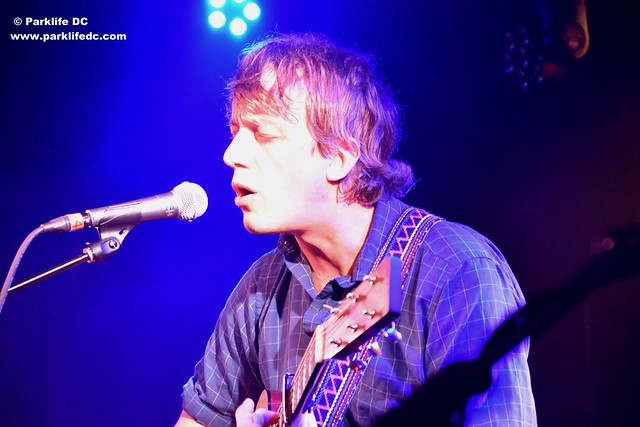 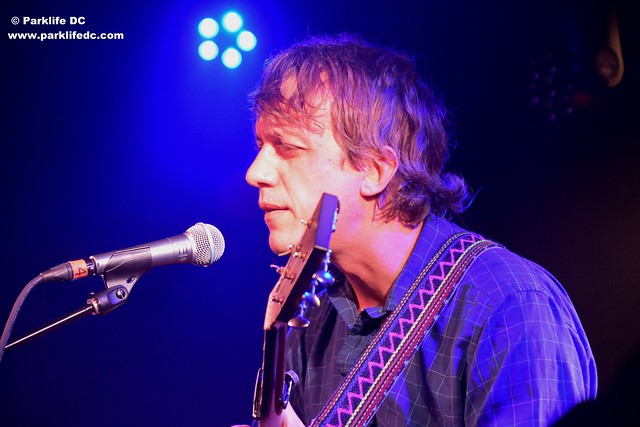 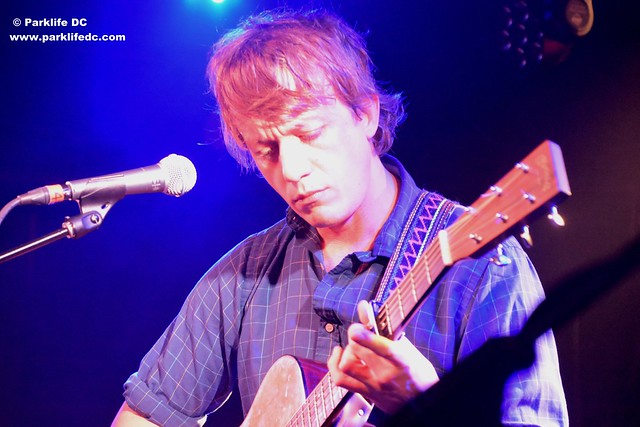