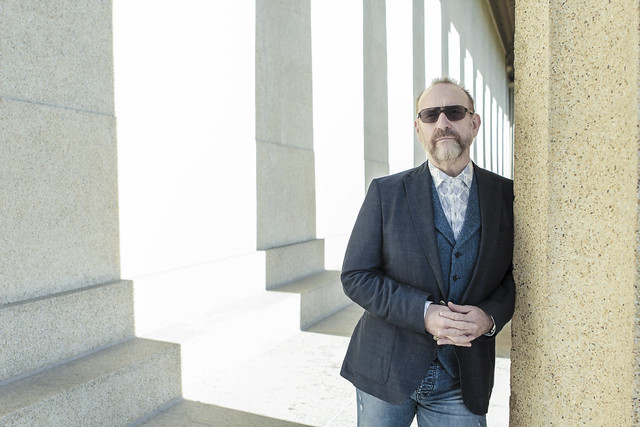 Colin Hay, the distinctive baritone voice behind Men at Work, has been solo for a long while now. The prolific singer-songwriter is about to release his 13th solo album, Fierce Mercy, on March 3 via Compass Records. Leading up to that, he will set upon a tour that includes two stops at The Birchmere Music Hall on Sunday, March 12, and Monday, March 13. (The Sunday date is already sold out.)

The new album explores love and loss, mortality, and other matters while demonstrating Colin’s express wit and wisdom. The Aussie musician turned to Americana inspirations and soaring strings among other elements for Fierce Mercy. Listen to “A Thousand Million Reasons” from the new album by Colin Hay on YouTube:

“When you’re in your 20s, you think you’ve got all the time in the world,” Hay said in a statement discussing his new album. “You get older, and you go through a quickening. Everything seems to get faster.”

“With the changing weather patterns, or the polar ice caps melting, we’re getting all of these warnings, and a lot of them are incredibly fierce. But they still feel somewhat merciful — they’re not destroying us totally. We’re all being told, ‘Listen, you can still maybe address this, and it won’t get to the point where I have to take you all out. You’ve still got a shot.’”

Of course, Colin hasn’t forgotten that folks love him for his past work with Men at Work, and he’s been out and about performing staples from his old band in songs like “Who Can It Be Now,” “Down Under,” and “Overkill.”

Watch Colin Hay perform “Overkill” with Choir Choir Choir! at the Hall at MP in Brooklyn late in 2016:

Buy your tickets for March 13 online.