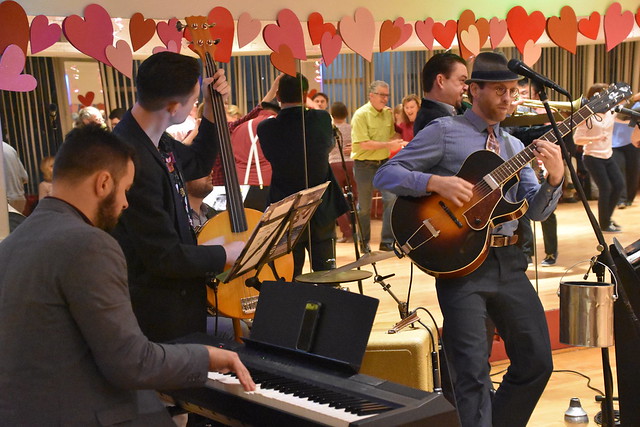 Falty & the Defects, four five cats from Baltimore, often come over to DC and play some old-school jazz and swing, getting down with crowds at bars and dancehalls.

The band are found regularly in gigs around Baltimore, but they also intermittently visit our city, as they did last Monday for Gottaswing at Chevy Chase Ballroom. Falty & the Defects are regulars on the Gottaswing scene, but they also recently completed a residency at Bossa Bistro and Lounge (2463 18th St. NW, DC). On Monday, they played live for a large, diverse group of folks who mostly turned out for dance lessons before the concert. I frankly was surprised at how many people were actually out on a Monday night and impressed that everyone wanted to put their swing skills to the test in a live trial immediately.

Mike Faltasek (aka Falty) and his bandmates were happy to supply the soundtrack for the night, moving through jazz and blues selections that favored fast feet. (No ballads here, folks.) As Falty told me, “A lot of people think of Miles Davis when you say jazz, but we play older stuff.”

That stuff comes in the form of songs like “Hey! Ba-Ba-Re-Bop” as made famous by Tex Beneke and the Glenn Miller Orchestra (written by Lionel Hampton and Curley Hamner) from 1946. The song’s emphasis on repetition and short bursts of words and phrases make it a popular dance number for Falty’s audience. Falty also demonstrates fine guitar chops on the song, which proves to be a strong showcase for the entire band.

Falty & the Defects show their taste for blues with “Rosetta” by none other than Ray Charles from his album Dedicated to You (1961). The song suits Falty’s voice well. Full of character, he rather sounds like he’s stumbled off a radio show from 60 years ago. Falty sings in crisp voice with a bit of a warble, putting a declarative emphasis on occasionally scattershot lyrics. (I’m a little disappointed that the poor acoustics of staid Chevy Chase Ballroom let him down a bit, however.)

At the end of their first set, Falty & the Defects invite soprano Alexandra Palting to the band, and together they dive into a few classics like Irving Berlin’s “Putting on the Ritz” and old blues standard “Careless Love.” The Alexandra’s softer voice brings welcome variety to the songs, which blossom smartly under her guidance.

Falty, Alexandre Abdoulaev (piano), Mike Scoglio (bassist), Joshua Ziemann (drums), and Joe Brotherton (trumpet) make for a fine band with lots of interpersonal chemistry. (My sincere apologies to drummer Joshua, who was I originally left out of the band roster in this report!)

My hat’s off to trumpeter Joe, who stole the show more often than not. Joe blew some fierce wind into that trumpet, producing a fine buzz that kept our dancers dancing. I also couldn’t help but chuckle at the unlit cigarette often dangling from the mouth of Mike the bassist, lending him the nonchalant air of weary musician who’s seen it all. Characters, indeed. 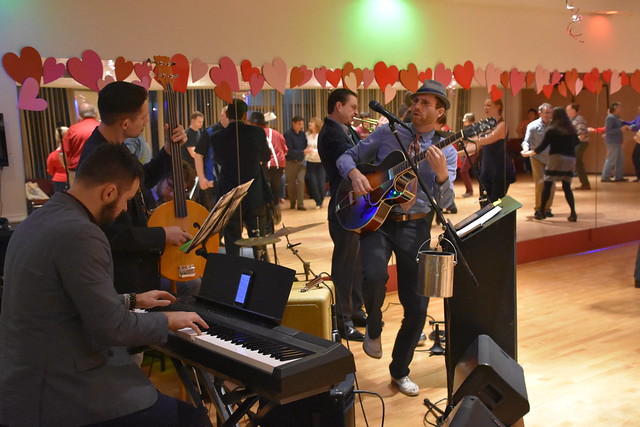 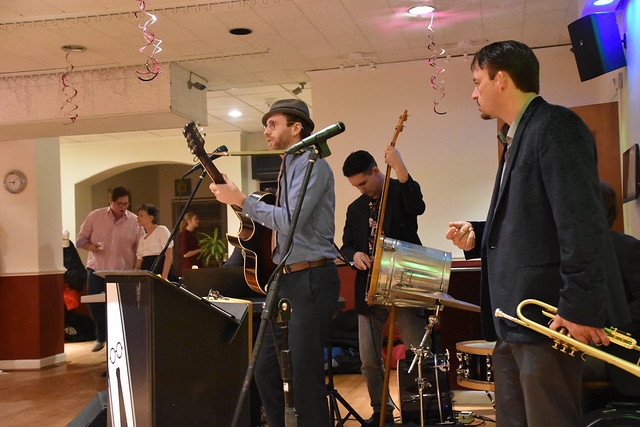 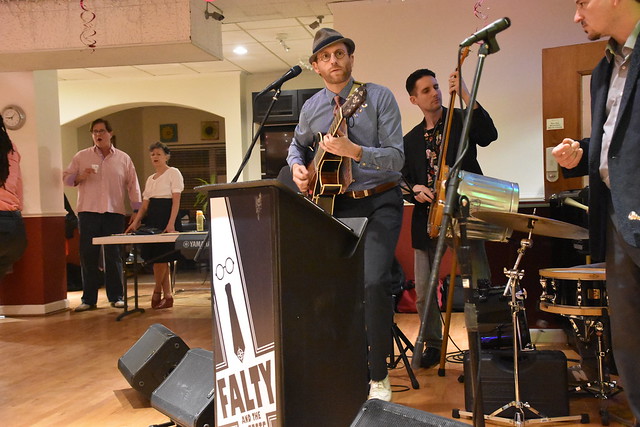 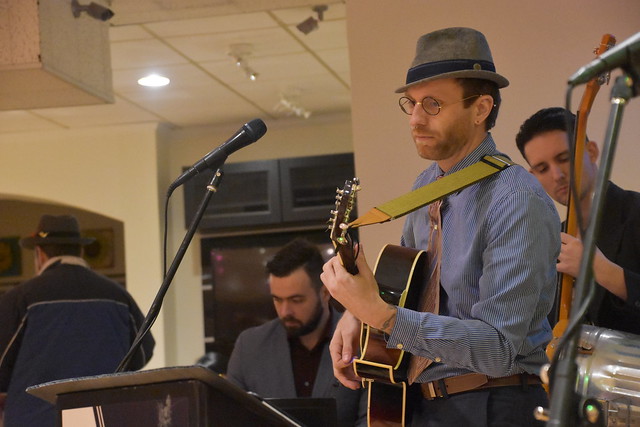 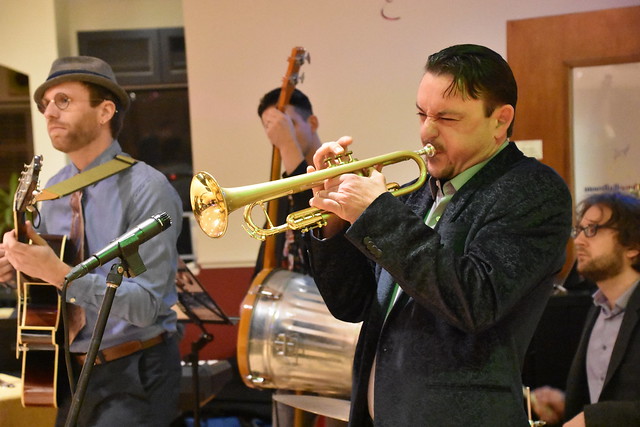 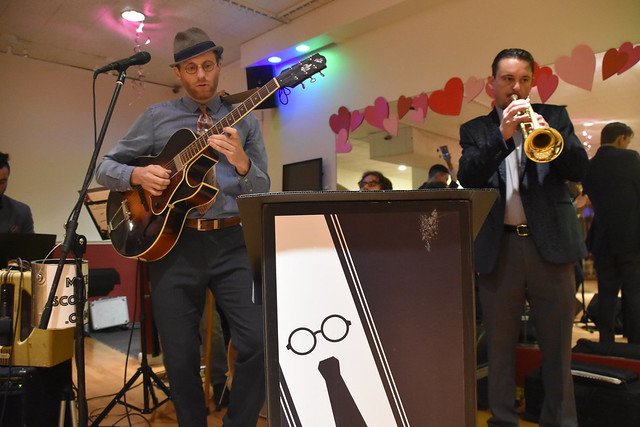 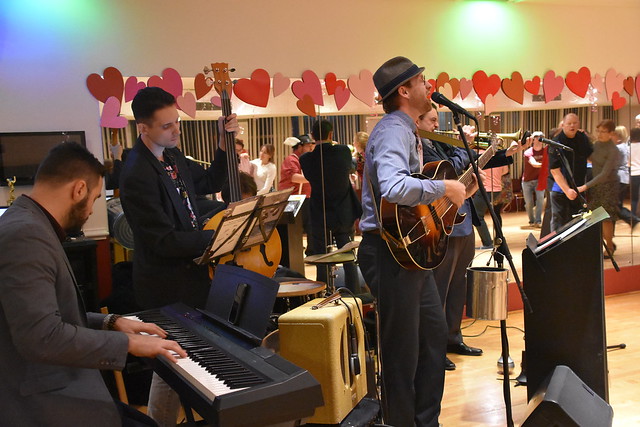 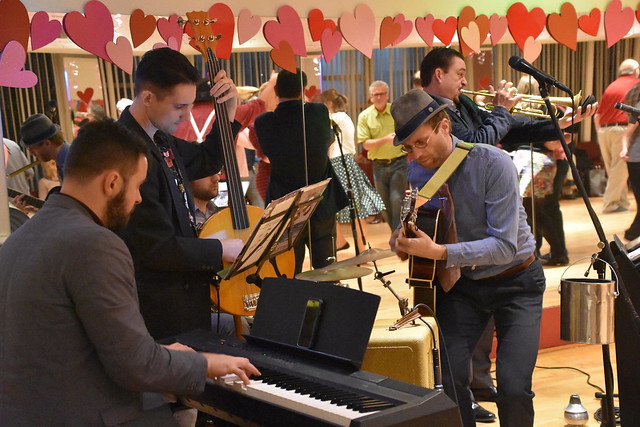 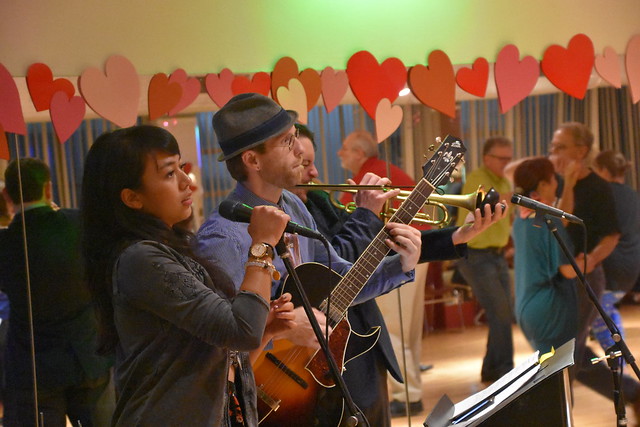 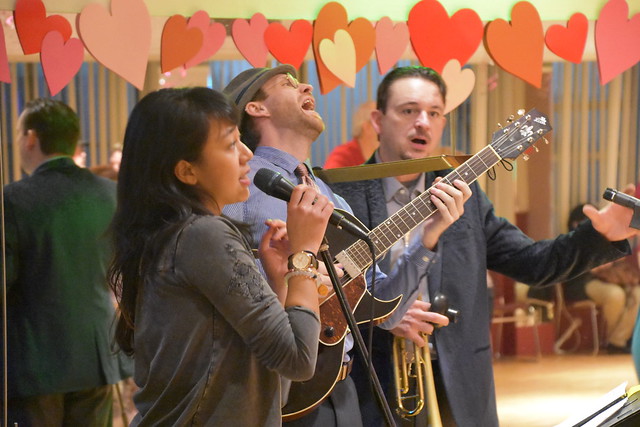