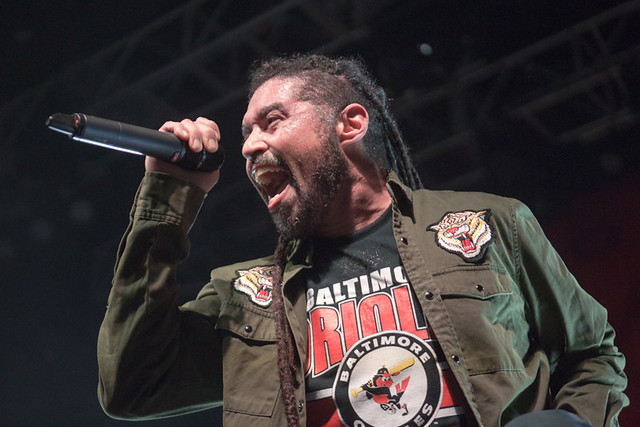 Elias Soriano of Nonpoint sings at The Fillmore Silver Spring on Feb. 10, 2017. (Photo by Paivi)

Drummer Robb Rivera and vocalist Elias Soriano formed their heavy metal band Nonpoint in Fort Lauderdale 20 years ago, and they’ve hit the road with their bandmates to celebrate their 20th anniversary.

Nonpoint have been performing some shows as headliner and some shows as opener for Alter Bridge. The band stopped at The Fillmore Silver Spring on Friday as the opening act.

Still, Robb, Elias, Rasheed Thomas (guitar/vocals), Adam Woloszyn (bass), and BC Kochmit (lead guitar/vocals) received a hero’s welcome as they grooved through songs from across their nine-album catalog, including singles like “Generation Idiot” and “Divided… Conquer Them” from the latest, The Poison Red.

The guys also did a surprising cover of “In the Air Tonight” by Phil Collins!

Nonpoint resume their tour tomorrow, Feb. 14, in Houston, opening for Alter Bridge for a run of shows that ends in Seattle on Feb. 22. They headline a few more shows after that. Go celebrate 20 years with them!

Here are some pictures of Nonpoint performing at The Fillmore Silver Spring on Friday, Feb. 10, 2017. (All photos copyright and courtesy of Paivi.) 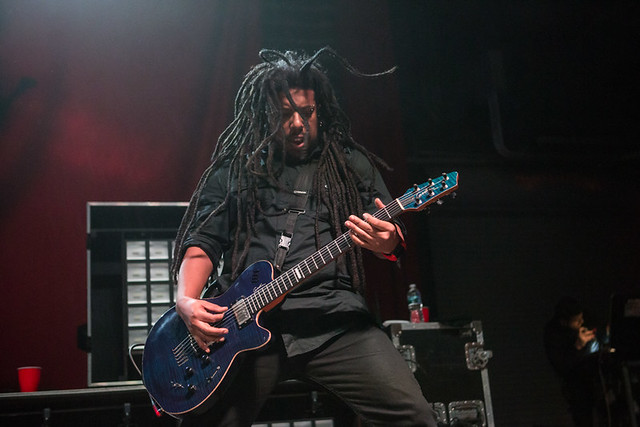 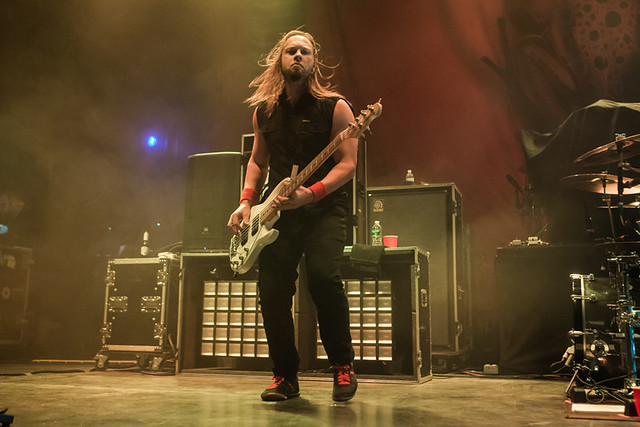 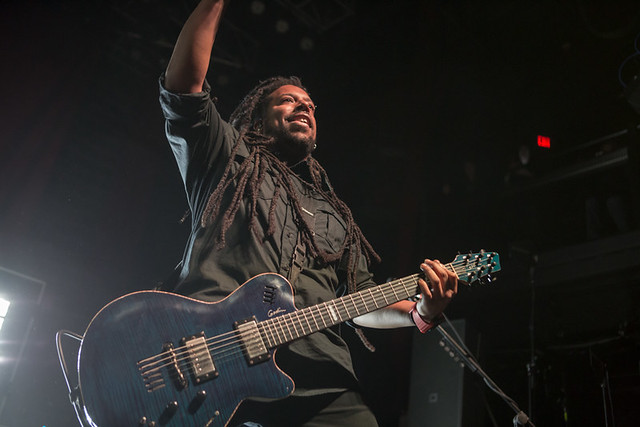 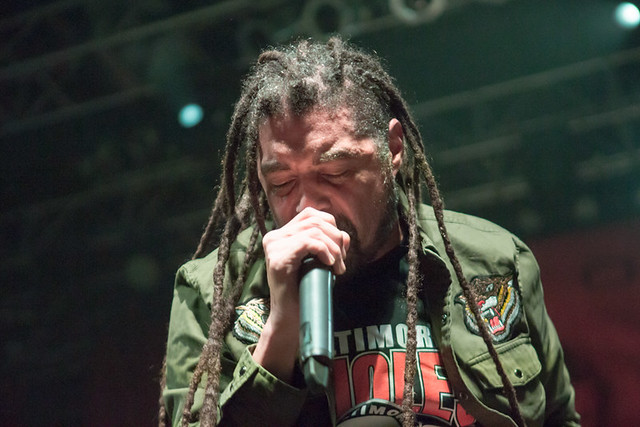 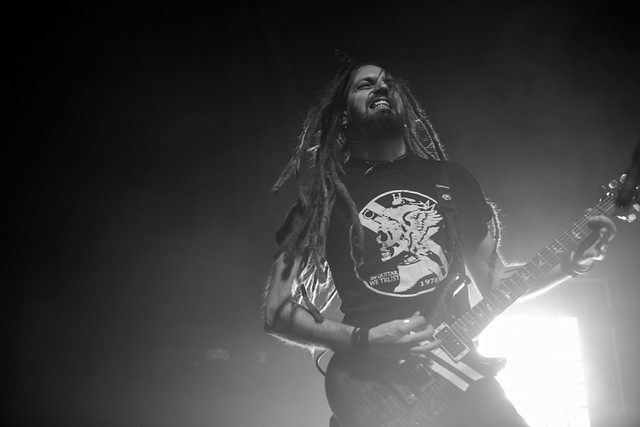 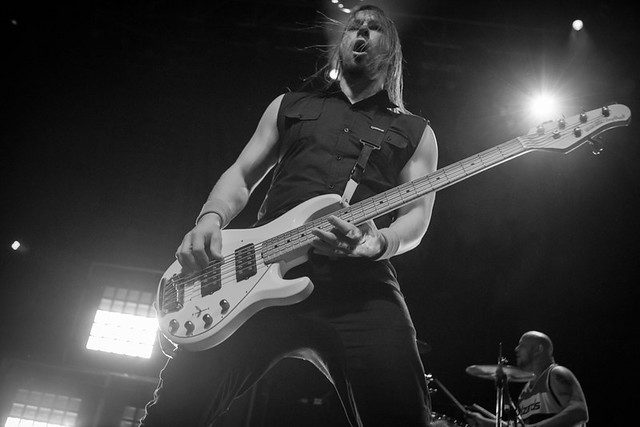 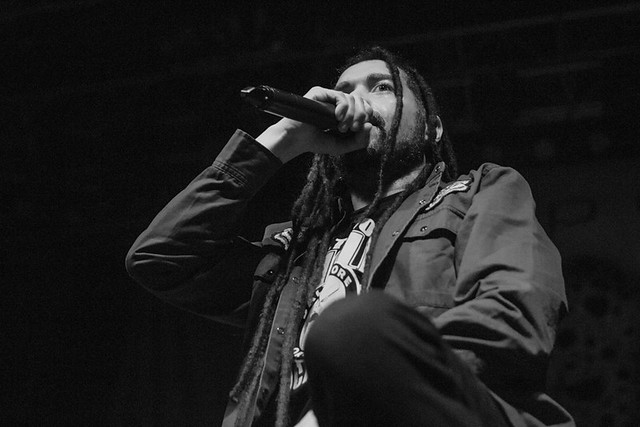 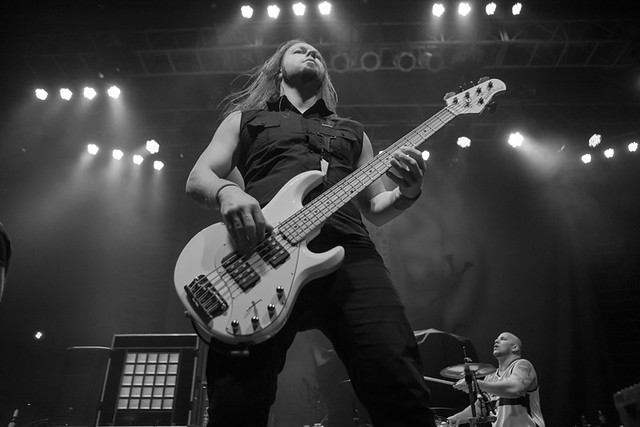