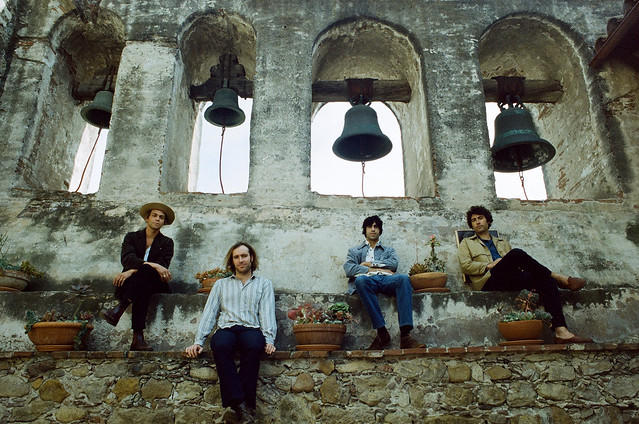 Allah-Las will take you to sunny California at the drop of a record needle. The garage rockers famously formed a band when three of its four members were working at Amoeba Music, and their articulate surf-influenced music certainly sounds like it was made by musicians who absorbed as much of their surroundings as possible.

After touring last year, Allah-Las hit the road again, and they surf over to 9:30 Club on Monday, March 27. Allah-Las released their third full-length album, Calico Review, in September via Mexican Summer, winning a lot of critical praise in the process. And their live show is just as exciting. After seeing Allah-Las live in New York, The New Yorker said, “Cramming as much guts and passion as possible into three and a half minutes or less — while burning its own path, with brooding, lonesome songs, tightly restrained surf inflected musings on girls and freedom.”

Watch the official music video for “Could Be You” from Calico Review by Allah-Las on YouTube:

The resulting 12 new songs may occasionally feel sad and wistful but, as The New Yorker noted, the gents are also all about girls and freedom. And always with that sunny California vibe.