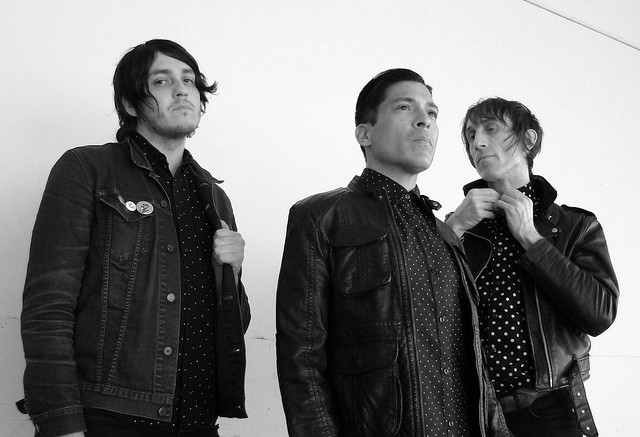 Blake Miller of Moving Units is taking his L.A. dance-punk band on the road with a very specific concept. On their current tour, Moving Units present the songs of Joy Division, and they will pay homage to the legendary post-punk Mancunians with a stop at DC9 on Wednesday, March 1.

Blake explained, “It was kinda like the soundtrack to the discontent of my youth.

“I was drawn to the moody industrial sound of their debut album Unknown Pleasures when I was a freshman in college,” he continued. “And Ian Curtis has this ‘Frank Sinatra smacked out on valium and uppers’ vocal style I really love. I remember feeling captivated by this band while I drove around my desolate hometown in suburban Detroit.”

Blake was so recently so inspired in fact that Moving Units will release an album of Joy Division covers, titled Collision with Joy Division, tomorrow, Friday, Feb. 17. The album contains Moving Units’ take on tracks including “Disorder,” “Digital,” “She’s Lost Control,” “Atmosphere,” and “Love Will Tear Us Apart,” among others.

“I think we share a deep artistic connection with their music,” said Miller. “Our band was very inspired by Joy Division and similarly innovative post-punk bands from that era like A Certain Ratio, PiL, Section 25 and The Fall. So when we approached the material, we decided to learn the songs note-for-note and then apply our own musical brush strokes and accents to our versions.”

In addition to their set of Joy Division songs, Moving Units will play a second set of their originals cover material from Dangerous Dreams to Damage with Care.