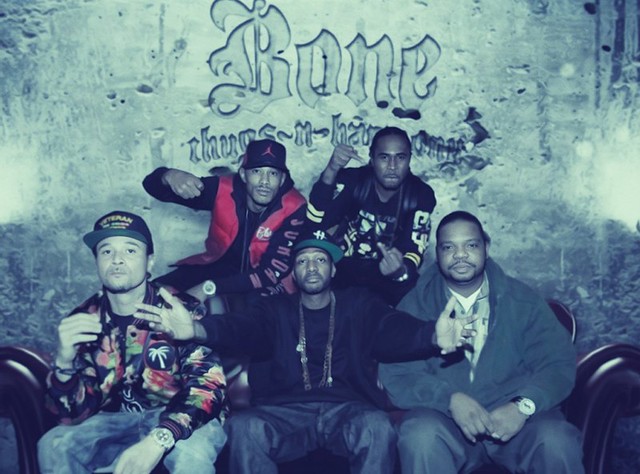 Hip hop legends Bone Thugs-N-Harmony are said to be releasing their final album, E. 1999 Legends, this year as one copy to the highest bidder, similar to how Wu-Tang Clan sold a single copy of their 2015 album. Meanwhile, BTNH are performing on some US tour dates, including a stop at The Fillmore Silver Spring on Saturday, Feb. 25.

Members of the group have said they plan to concentrate on their solo careers and other projects, and their last album, The Art of War: World War III, went ahead without new contributions from Krayzie Bone and Wish Bone in 2013. They have since reunited with Bizzy Bone, Wish Bone, and Layzie Bone, however, and the gangsta rappers have a few more tour dates in February (including tonight in Reading, Pennsylvania) and in California, Texas, and Florida in April.

The five men also reunited for some singles since 2013, releasing “More Than Things” for an album, Damizza Presents. Damizza (aka Damion Young) is also reported to be the producer of E. 1999 Legends.

Watch the official music video for “More Than Things” by Bone Thugs-N-Harmony on YouTube:

Praising a recent BTNH performance in Toronto, Luke Fox wrote for Exclaim, “On stage, the 40ish rhymers were relentlessly charismatic and vocally impressive. Bizzy, bouncing east-west in a white sweatsuit and wide smile, especially. Anthems ‘1st of the Month,’ ‘East 1999,’ and ‘Crossroads’ were performed flawlessly, but the a cappella ‘Me Killa’ and ‘Mr. Bill Collector’ were just as sharp. Hey, remember when it wasn’t cool for rappers to sing?”

Clearly, it is the perfect time to see Bone Thugs-N-Harmony. Buy your tickets online.