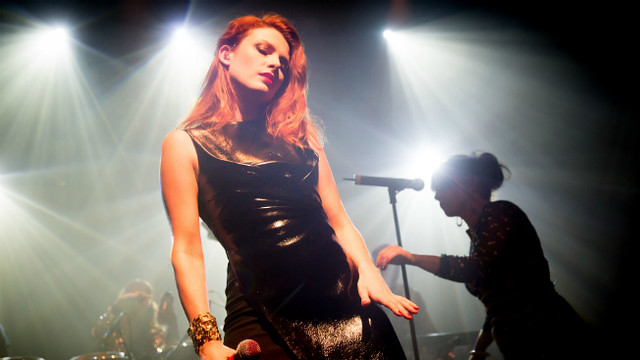 In Paris circa 2003, Olivier Libaux and Marc Collin formed Nouvelle Vague, a cover band that took its inspiration from a translation of “new wave.” Bossa nova also translates as “new wave” from the Portuguese. Inspired by this, Nouvelle Vague covered “New Wave” songs often in bossa nova style for four albums before taking a break in 2010.

Last year, Nouvelle Vague returned with their fifth album, I Could Be Happy, released via Kwadian. And the gents are taking some lady vocalists on the road to present the new tracks in a North American tour, including a stop at the Howard Theatre on Tuesday, March 21.

The latest entry from Nouvelle Vague includes some original compositions but also covers of great songs like “Athol Brose” by Cocteau Twins, “I Wanna Be Sedated” by The Ramones, “All Cats Are Grey” by The Cure, and the title track “I Could Be Happy” by Altered Images.

Listen to “I Could Be Happy” by Nouvelle Vague on YouTube:

In a review for Associated Press, Pablo Gorondi warmed up to the new album, writing, “The Cure’s ‘All Cats Are Grey’ works best. Melanie Pain’s voice, backed by accordion and xylophone sounds, reflects some of the original’s mystery and despair. Brian Eno’s experimental ‘No One Is Receiving’ is also fun, Nadeah Miranda’s singing loosening up Eno’s drone but retaining its drive.”