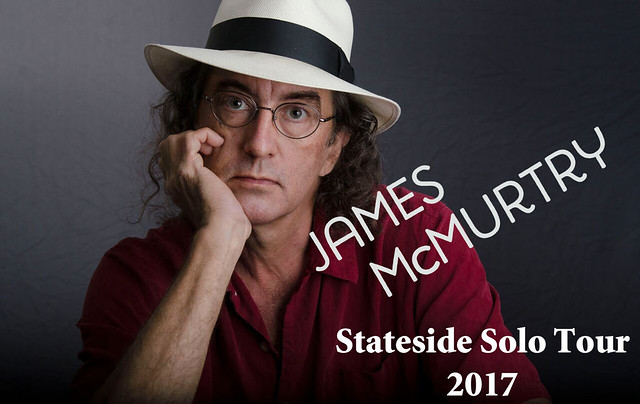 Guitarist James McMurtry is in the midst of his 2017 East Coat Stateside Solo Tour, which arrives tonight, March 28, at The Birchmere. Tonight’s show is sold out.

“Nothing makes you miss Waffle House like a couple of weeks in Europe,” said James, who has been touring abroad recently. “The term ‘Continental Breakfast’ is an oxymoron. And I haven’t heard Spanish in nearly a month. I sure miss the States.”

The singer-songwriter has been sharpening his political commentary while overseas, still touring in the wake of his most recent album, Complicated Game, released in 2015 on Complicated Game Records.

“At a stage where most veteran musicians fall into a groove or rut, McMurtry continues to surprise,” Texas Music magazine recently noted. “[Complicated Game] is a collection of narratives as sharply observed as any from McMurtry, but with a contemplative depth that comes with maturity.”

Watch James McMurtry perform in a session for Acoustic Guitar magazine on Aug. 26, 2016 via YouTube:

James broadens his scope considerably beyond political commentary on his latest album, however, particularly with story songs that explore personal life.

“The lyrical theme is mostly about relationships,” James said. “It’s also a little about the big old world verses the poor little farmer or fisherman.”

Complicated Game, the Austin resident’s ninth album, arrived on the heels of Just Us Kids in 2008, which put James on the Billboard charts and garnered American Music Award nominations. His previous album, Childish Things, won the Americana Music Association’s Album of the Year in 2006, and “We Can’t Make It Here” was named the organization’s Song of the Year.

As The Washington Post said, “Much attention is paid to James McMurtry’s lyrics and rightfully so: He creates a novel’s worth of emotion and experience in four minutes of blisteringly stark couplets. What gets overlooked, however, is that he’s an accomplished rock guitar player… serious stuff, imparted by a singularly serious band.”