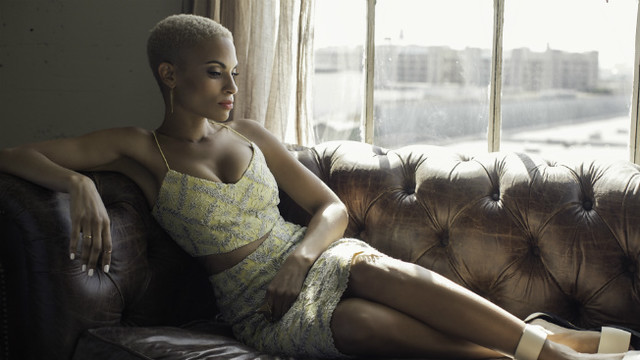 R&B artist Goapele announced she will release a new album in 2017, and she’s hitting the road with a date at the Howard Theatre on Saturday, April 22.

Goapele, whose name means “move forward” in Setswana, released her debut album, Closer, in 2001, and she’s remained relatively busy from her homebase in the San Francisco Bay Area.

She released her most recent album, Strong as Glass, in 2014 via Skyblaze Recordings with Primary Wave and BMG. Of that fifth album, This Is RnB observed, “Over elegant keys and soft percussion, Goapele opens her heart to the world, but shares her understanding that while she’s a strong, courageous woman, she still needs to be treated with gentle care.”

Watch the official music video for “Strong as Glass” by Goapele on YouTube:

Born of a South African father and a Jewish mother, Goapele grew up with a strong sense of community, and she has campaigned for causes against racism and sexism.

Rolling Stone called her the “spiritual love child of Sade and D’Angelo,” and she blends genres effortlessly, moving poetically from soul to jazz to hip hop.