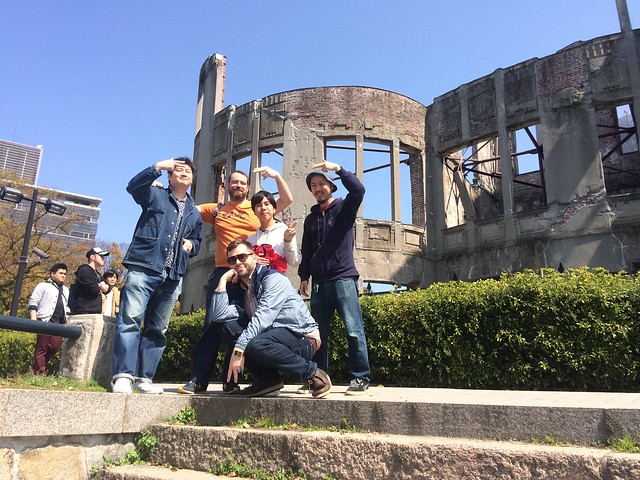 Here’s the official word from The Numero Group:

“After a long winter hibernating in our converted Chicago bottling factory, The Numero Group will emerge this April for another series of pop stores. Last fall found us going road blind in the expanse of the American west, so we’re opting for an easier run of Midwest and Eastern Seaboard dates this spring. If you’re not familiar with our traveling record roadshow, it features two guys, a box truck, and seven pallets teeming with blow out-priced Numero LPs, CDs, 45s, t-shirts, tapes, books, and other additional miscellany your local record store isn’t carrying.”

The Numero Group is an archival record label that creates compilations of previously released music, reissues original albums, and creates album reconstructions from a variety of musical genres, according to Wikipedia. The label, known as Numero, was founded by Tom Lunt, Rob Sevier, and Ken Shipley in 2003. Numero’s mission is to publish obscure material that did not find commercial success upon its initial release.

Listen to some artists distributed by The Numero Group on Soundcloud:

Again according to Wikipedia, Numero publishes ongoing series, including:

Numero stated several times in recent months that its decreasing the circulation of many of its new pressings. Here are a few examples of recent releases, as described by Numero on its blog.

Recorded in two hours at the cheapest studio in the phone book, White Zombie’s sophomore single Gods On Voodoo Moon is back in print on 45 for the first time since bassist Sean Yseult hand-photocopied 300 copies at the Parsons campus print shop in 1985. Limited to 2000 copies on Zombie Blood, Zombie Puss, or Zombie Black colored vinyl.

What does teen spirit smell like, anyway? It might smell something like Noise Addict. Like the real-life stars of some sort of choose-your-own-adventure book about pursuing rock stardom, few bands ever led a more charmed existence, springing from the Sydney suburb of Bondi into seemingly overnight international fame as friends and collaborators of Sonic Youth, Fugazi, and the Beastie Boys. Through a combination of relentless drive, luck, and an admirable lack of self-doubt, Noise Addict spanned puberty to surpass the haters and join Radio Birdman and Nick Cave as a strange but permanent piece of Australian punk history.

For more information on Numero, visit http://www.numerogroup.com. To buy their stuff, visit Bossa Bistro on April 25.