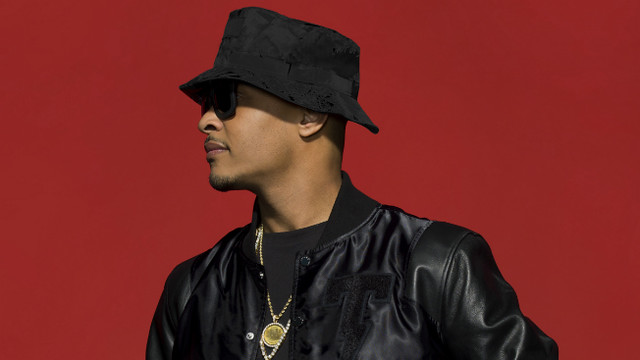 Atlanta rapper Clifford Joseph Harris, better known as T.I. has become quite a hip hop impresario with his Grand Hustle Records label. In addition to publishing T.I.’s own records, including December’s extended EP, Us or Else: Letter to the System, Grand Hustle Records has cultivated a crop of new talent in recent years.

T.I. is on the road with some of those artists with the Hustle Gang — including Yung Booke, London Jae, Shauntrell Pender, RaRa, Translee, and Young Dro — and they stop at the Howard Theatre on Thursday, May 4.

Grand Hustle Records has been releasing compilations and mixtapes featuring Hustle Gang artists, most recently H.G.O.E. (Hustle Gang Over Errrrythang) in September 2016. Of the musicians on the current Hustle Gang Tour, Young Dro is the most prominent after T.I. with three albums published under the Grand Hustle banner, including his most recent, 2015’s Da Reality Show.

Check out the official music video for “I Do the Most” by the Hustle Gang featuring Yung Booke, T.I., Young Dro, Spodee, and Shad Da God on YouTube:

The Hustle Gang Tour launches tonight, April 26, in Mobile, Alabama, and runs for at least 36 dates. T.I. has said he has up to three new albums in the works, so he may take the opportunity to air a lot of new material!

This is an exciting opportunity to indulge in a strong line-up with a lot of great hip hop. Buy your tickets online. (…and perhaps a backstage experience for $297.50!)