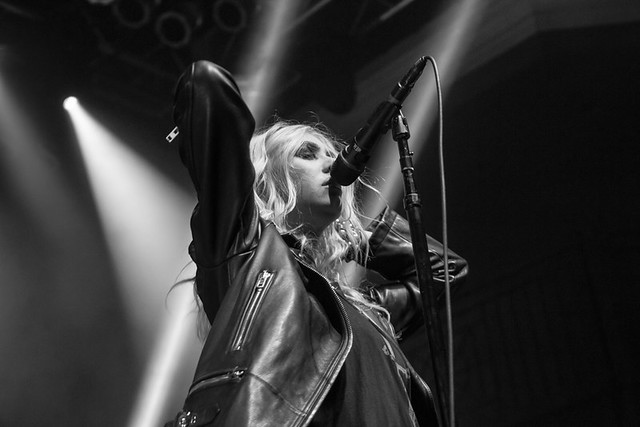 Wow! It’s amazing to think Taylor Momsen, vocalist of The Pretty Reckless is only 23. Don’t get me wrong — the blonde former actress certainly appears vital and fresh, but her looks belie her voice. That voice is big and booming, and surprisingly weathered while still occasionally sliding into bluesy romance.

Taylor’s voice was on full display Wednesday in a very crowded show at 9:30 Club, where she demonstrated her vocal power. I was impressed by how no matter how loud her bandmates played their instruments, that strong voice remained out front, incapable of being drowned out by the din.

Early in the show, The Pretty Reckless hit their latest single, “Oh My God,” from their third album, Who You Selling For, released in October via Razor & Tie. With the new material, The Pretty Reckless have embraced their inner metalheads. Taylor sounded very ‘90s admittedly when screeching the verses of the songs and the instruments are rolling in pure ‘80s hard rock. The defining groove of the song was the irrepressible drum roll by Jamie Perkins, who really drove it home as the song crashes into a crescendo by the end. The combination of Taylor’s voice and Jamie’s drum imparted a furious urgency to the song, a lament on being dissatisfied with oneself. It collapsed suddenly after the last verse, where the narrator can’t take any more.

Soon, The Pretty Reckless performed the very first song by the band, “Make Me Wanna Die,” from 2010’s Light Me Up. It was my first exposure to the song, and it underscored a metal streak that’s apparently been inherent in The Pretty Reckless from the start. The song smacked of Black Sabbath honestly, particularly in the guitar riffs from Ben Phillips, who co-writes the band’s songs with Taylor. 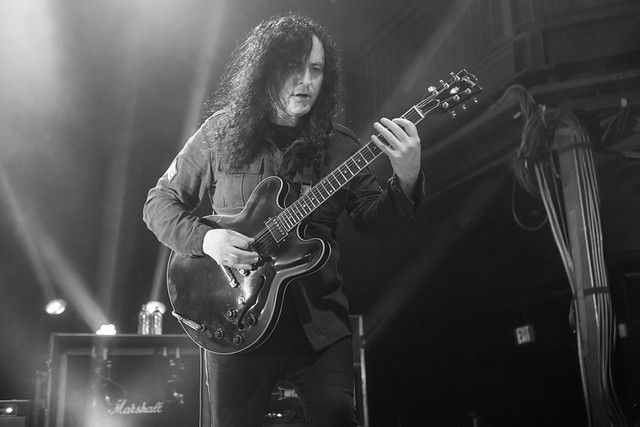 It’s a highlight of the show because the entire 9:30 Club audience knew the song well. “Make Me Wanna Die” has a catchy refrain “Then your eyes/Your eyes/I can see in your eyes/Your eyes,” and Taylor paused when she reached that point in the song because she knew the audience was going to sing it for her. The crowd didn’t disappoint, returning a full-throated singalong for each time the chorus was due.

The tradeoff with the audience again highlighted how naturally voluminous is Taylor’s voice. She’s able to float above the commotion, weaving hypnotically around her microphone stand as she sang. Taylor also occasionally addressed the audience directly, thanking them for their support and also directly enlisting their collective power.

“Not only do we need your help tonight, we need you to be a part of the band tonight. We need you to be one with the band. And this was our first number one, thanks to you,” Taylor said, for example, in introducing “Heaven Knows.”

The Pretty Reckless then launched into “Heaven Knows,” the second single from their 2014 album Going to Hell. It did indeed hit #1 on the Billboard Mainstream Rock chart upon its release in 2013.

The song began with a memorable bluesy guitar lick and it helps set the stage for one of several times Taylor overtly reminded me of Joan Jett. Taylor transformed her voice from song to song to fit the mood and tempo, and here she sang with a lyrical patter that was very evocative of Ms. Jett’s vocal style. As the song progressed, bassist Mark Damon set a solid foundation for his fellows, literally sliding with rhythmic ease as he entered a tranquil zone. 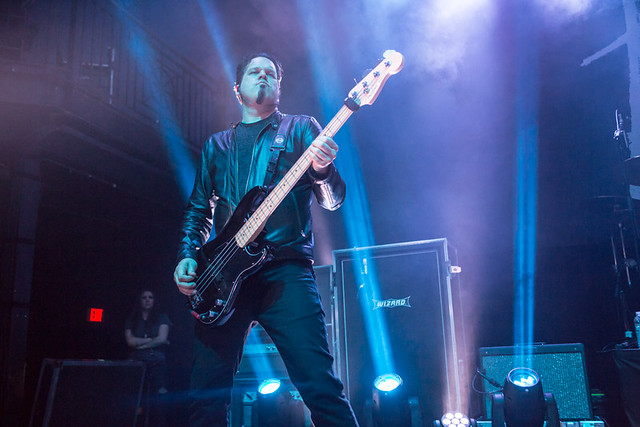 When the show ended on Wednesday, the audience cheered ardently for several solid moments before lapsing into a united chant of “one more song!” The Pretty Reckless returned to indulge us.

“Unfortunately, shit has not changed, and it is still a fucked up world,” Taylor said upon returning. She shook a tambourine while she sang “Fucked Up World,” another audience fave from the band’s second album, to delighted squeals throughout the room.

The Pretty Reckless resume their tour tomorrow, April 29, in Florida, and continue across the country to wrap their current US leg in Dallas on May 28. They have a summer full of festivals, including Lollapalooza in Chicago, so you have plenty of opportunities to catch them this year. And catch them you should, as you’ll walk away an admirer, justifiably impressed by the larger than life voice of a vocalist who is more than just a pretty face.

Speaking of faces, here are some pictures of The Pretty Reckless performing at 9:30 Club on Wednesday, April 26, 2017. (All photos copyright and courtesy of Paivi.) 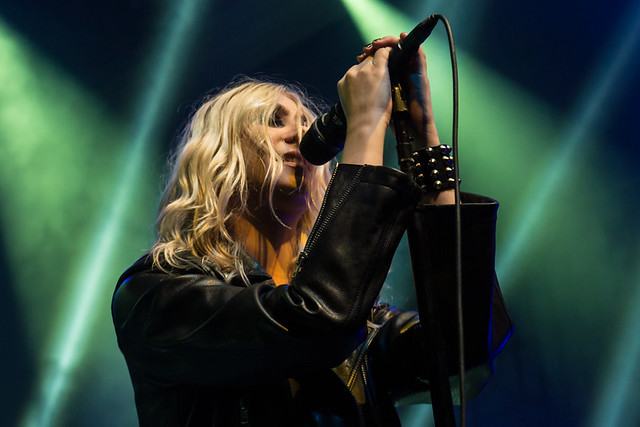 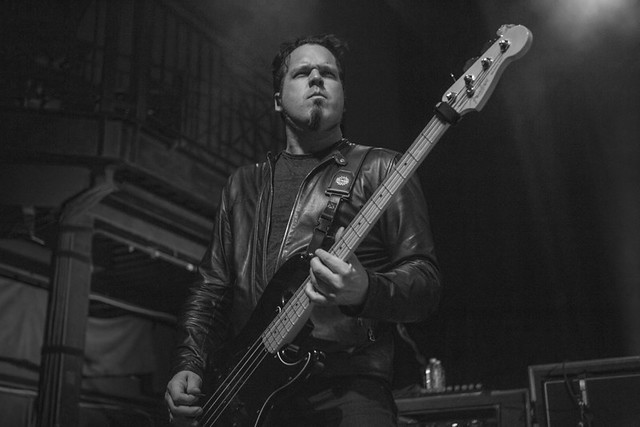 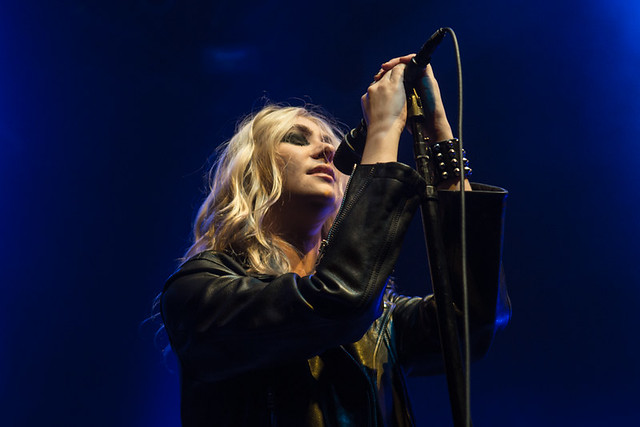 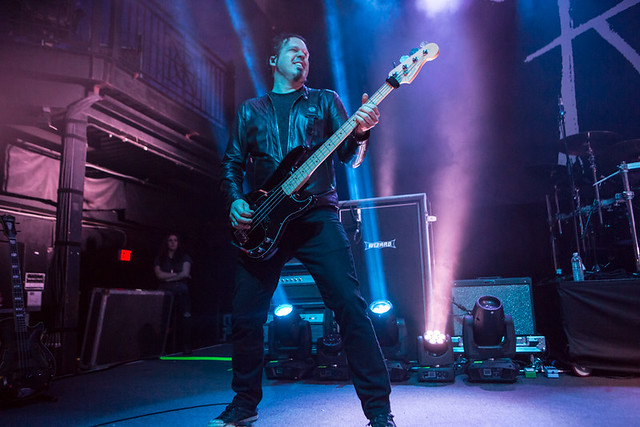 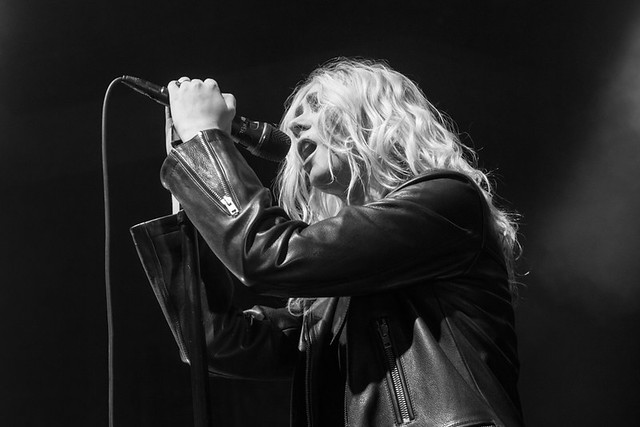 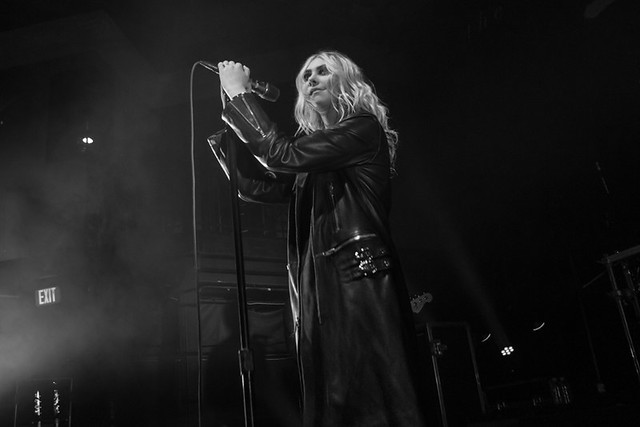 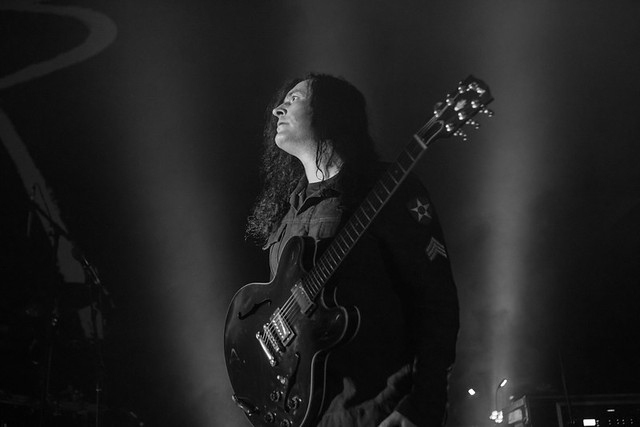 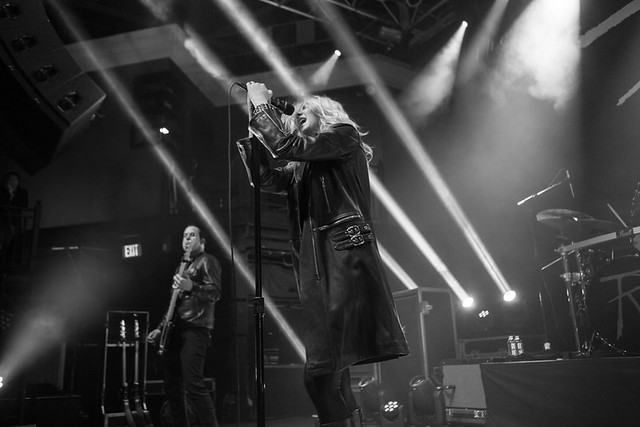 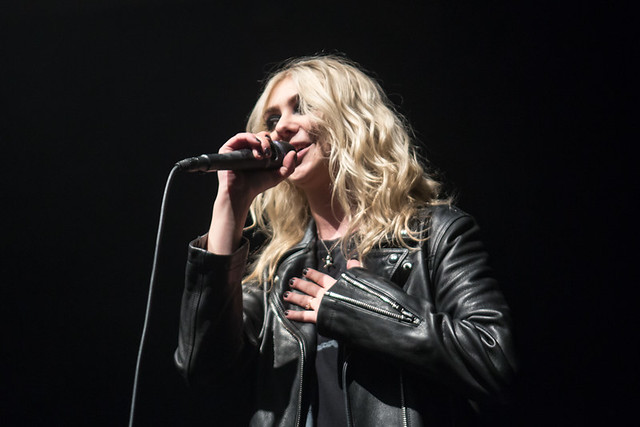 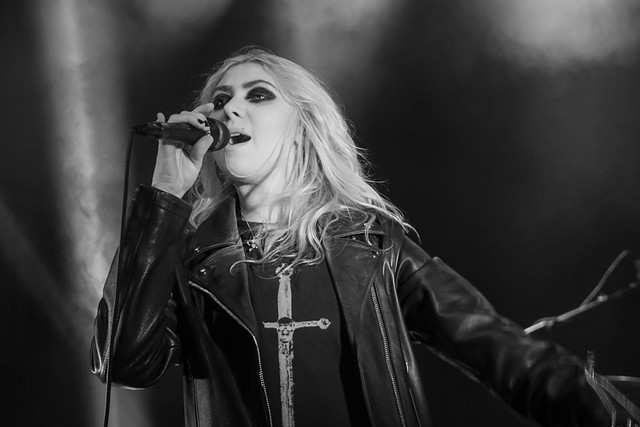 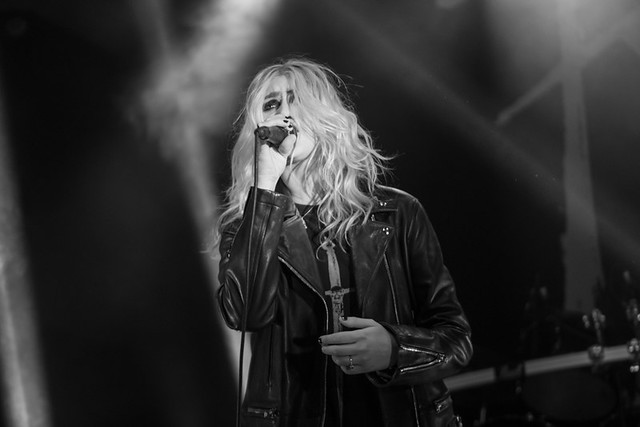 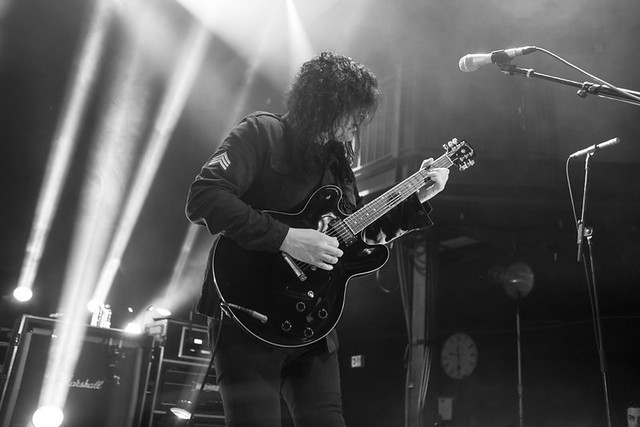 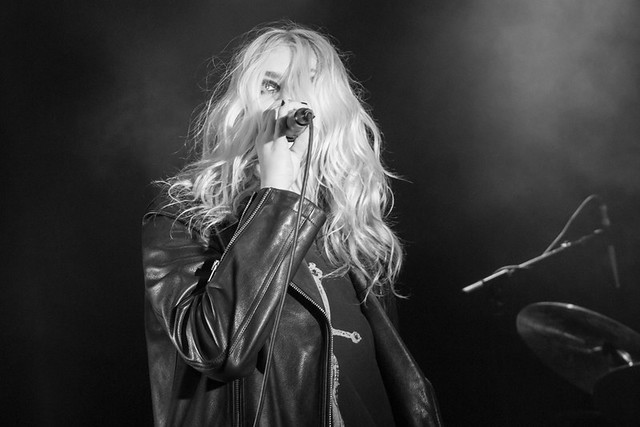 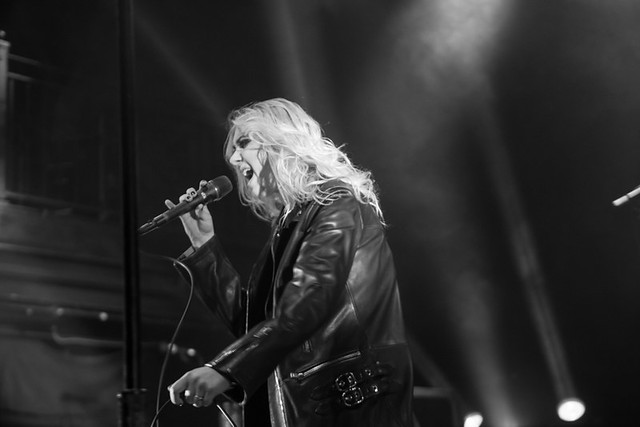 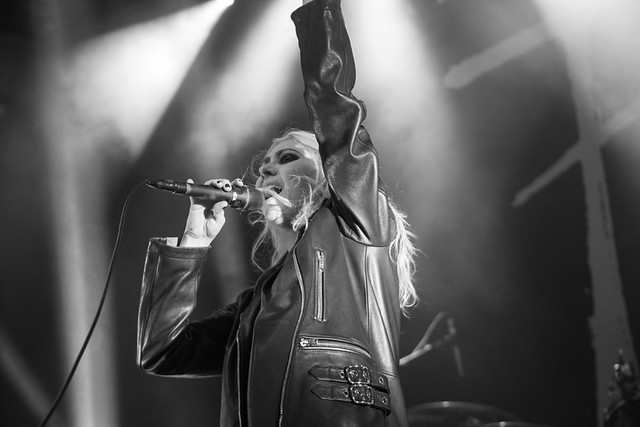