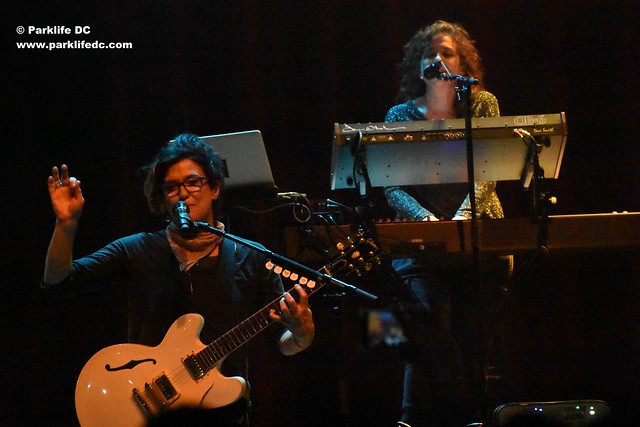 Wendy & Lisa perform with The Revolution at The Fillmore Silver Spring on April 27, 2017.

More than three-quarters of the way through a very full show at The Fillmore Silver Spring on Thursday, Wendy Melvoin took to the microphone to share some feelings about her former mentor and collaborator Prince.

There was a lot of speculation over the motives of The Revolution in reuniting after Prince’s passing, Wendy told the audience as if she were speaking to dear friends, which she in fact was. The Revolution, who created four amazing albums with Prince, wanted to celebrate their work and their friend’s legacy, Wendy said.

And ultimately, she would receive the question — “Well, who will be Prince?” The simple answer: “No one.” Nobody else could possibly be Prince. 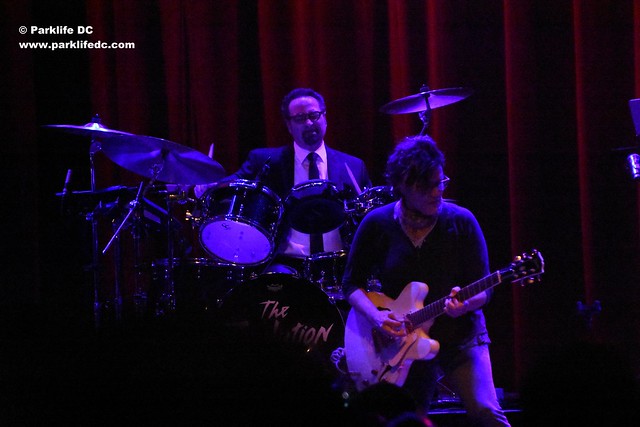 That said, Wendy, Brown Mark, and occasional guest vocalist Stokley Williams of Mint Condition traded vocal duties for a rich catalog of songs that still sound fresh as ever. In her discussion of Prince, Wendy herself confided in the audience that Prince recorded “Sometimes It Snows in April” (from the soundtrack album Parade) exactly 31 years prior to his death in 2016. And then Wendy herself sang the song with passion and grace.

Indeed, Wendy and Lisa Coleman, known famously as the duo Wendy & Lisa, were star players in an evening full of great moments. With Wendy on guitar and Lisa on synths, the two captured a moment in time and held it aloft for everyone to experience as The Revolution paced through 22 iconic songs.

The Revolution began the show with “Computer Blue” from Purple Rain, to the delight of the audience. Brown Mark tackled the funky tune with Wendy on backing vocals, and they certainly nailed it. Wendy’s great guitar riff set the tone of the song, and she and Brown Mark traded off during an exchange of guitar and bass that utterly resonates with the audience. The Revolution was responsible for the sound of those albums they made with Prince, and that sound was fully realized in performance on Thursday. 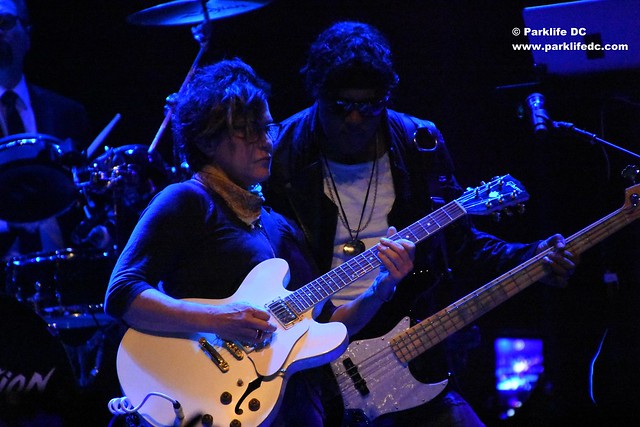 “1999” arrived around the midpoint of the show, and really marked a shift in momentum in my opinion. The Revolution surely had the full attention of the crowd up until this point, but now the band drew together with greater forward momentum to make the rest of the evening a true party. Stokley filled in a very competent frontman during the number, but the sound of Wendy and Mark on backing vocals made your hair stand up in excitement. And “1999” owed much of its character to Lisa’s synthesizers.

Speaking of synthesizers, the full power of The Revolution is realized when the band approaches full neo-psychedelia, and the twin synthesizers in the music really super charge the music. And so soon the audience jumped in time to “Controversy,” thanks to the synthpower of Matt “Doctor” Fink, who took a station stage left opposite Lisa. Doctor Fink, of course, worked with Prince on Controversy, having been a member of his band prior to the formation of The Revolution and continuing to work with him after Prince recruited a new backing band. Fink enjoyed good chemistry with Mark in the “men vs. women” staging of the band. 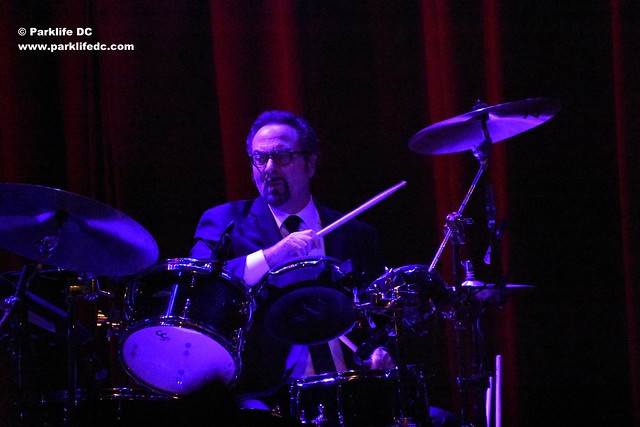 The concert truly hit its stride in its final quarter, hitting many of my favorite Prince songs, including “Let’s Go Crazy,” “When Doves Cry,” and “Purple Rain.” This artistic show of strength would not come together were it not for Bobby Z., the perfectionist percussionist seated stage center on drums. Bobby’s focus and discipline drove the rhythm of The Revolution, and if he seemed somewhat serious in his temperament while the rest of the band were getting funky, it was to the benefit of the entire process.

The Revolution keep the party going on Wednesday in New York City after playing two sold-out shows in Philadelphia over the weekend. The band continue across the country with dates scheduled through July, sometimes taking some time off from the road between engagements. After seeing them perform, I believe you’ll agree that the return of The Revolution is a welcome development indeed, particularly in the absence of Prince, and I hope that they will remain together for the long haul. Our stages have missed Wendy & Lisa in particular, and the entire band prove dazzling and vibrant in performance.

Here are some pictures of The Revolution performing at The Fillmore Silver Spring on April 27, 2017. 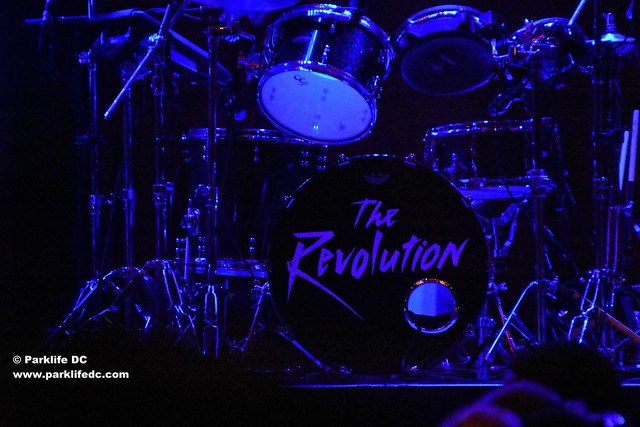 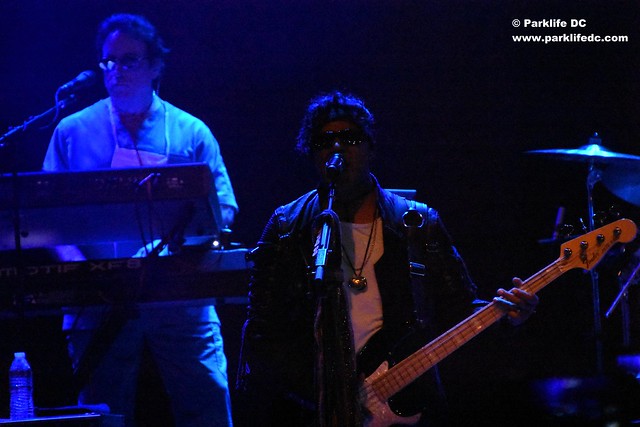 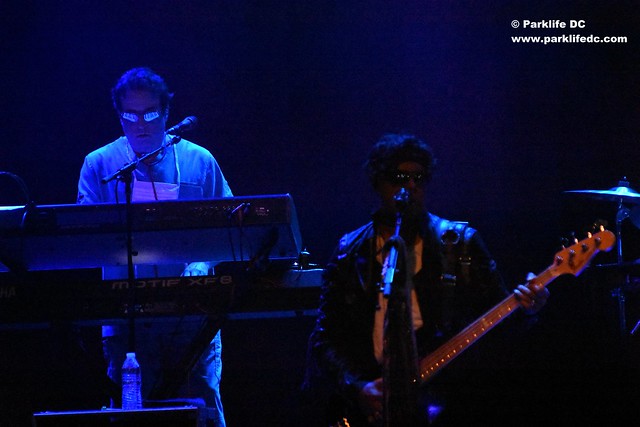 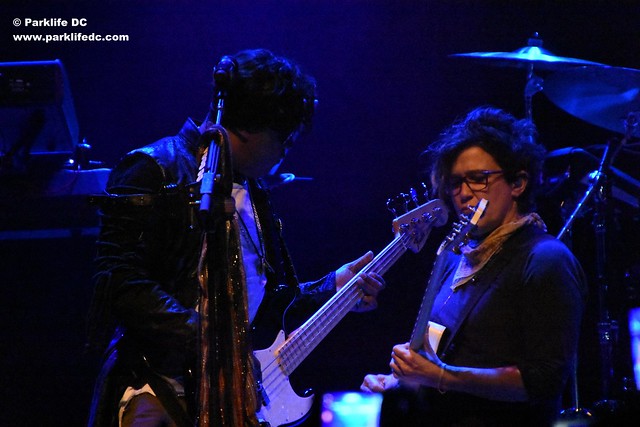 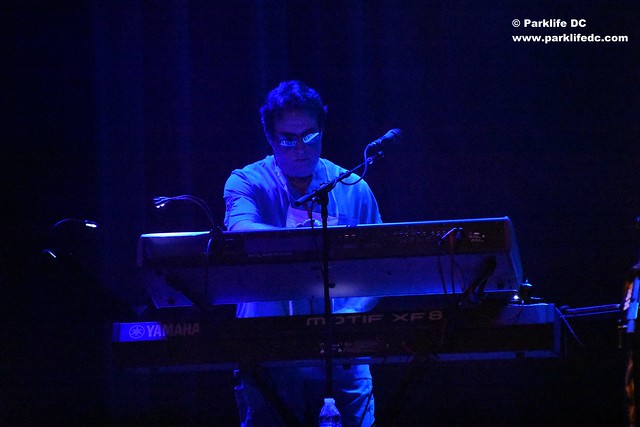 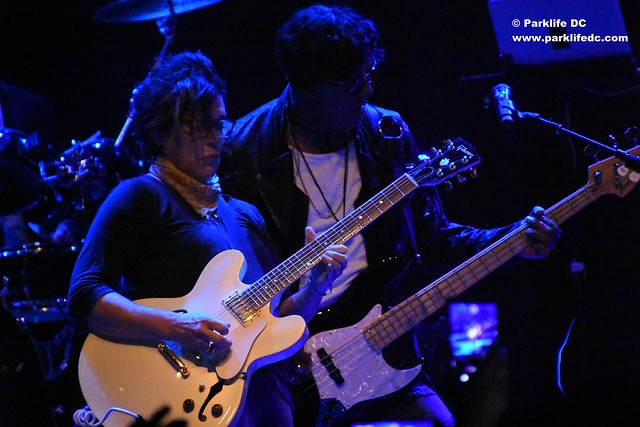 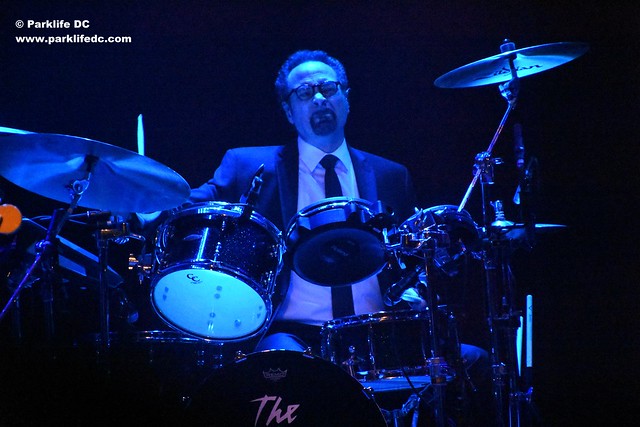 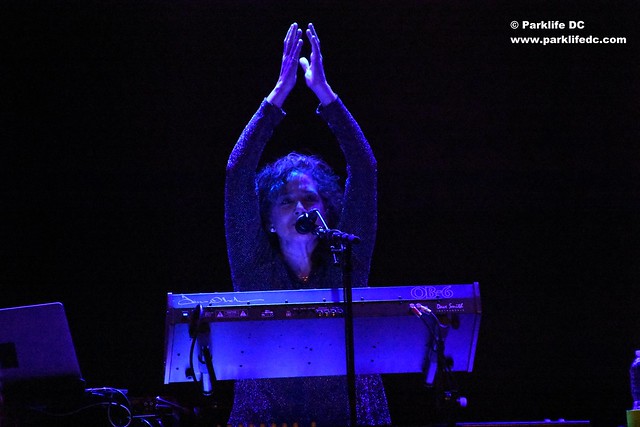 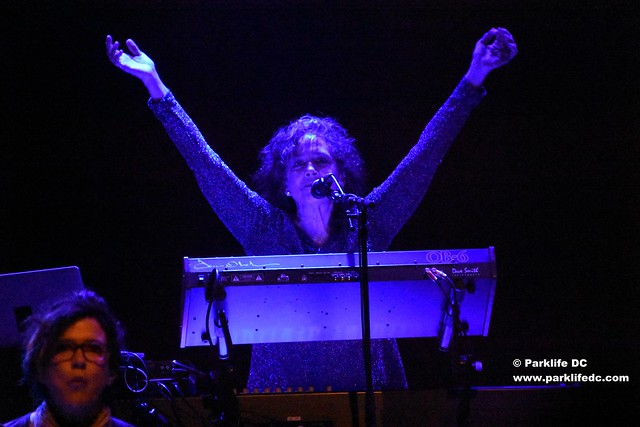 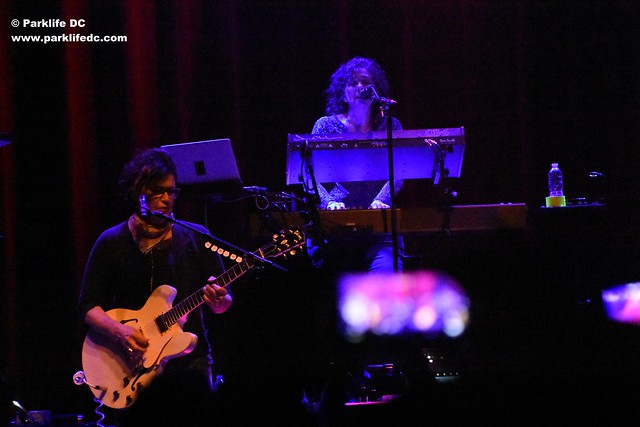 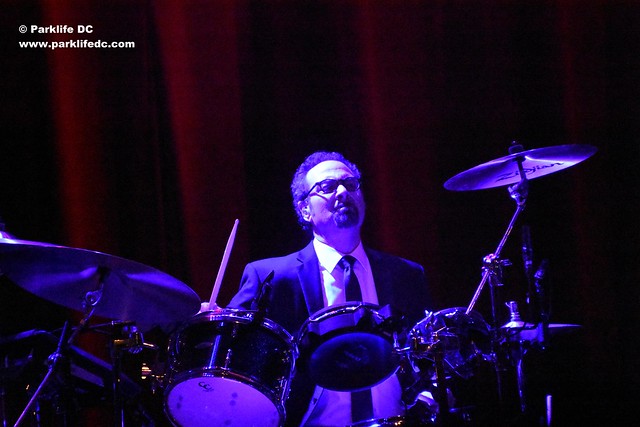 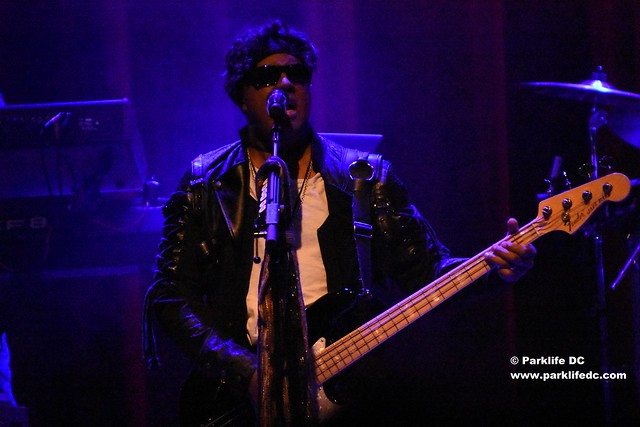 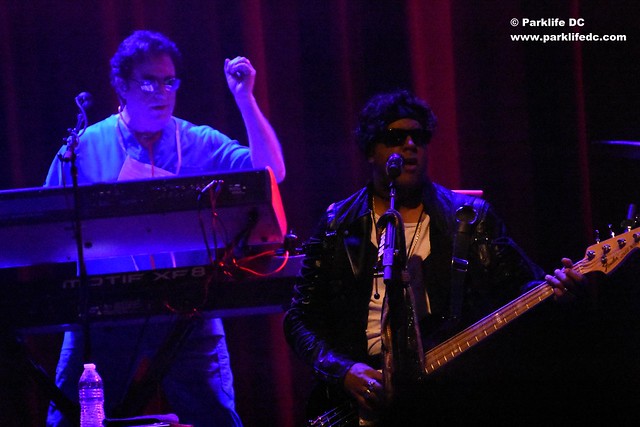 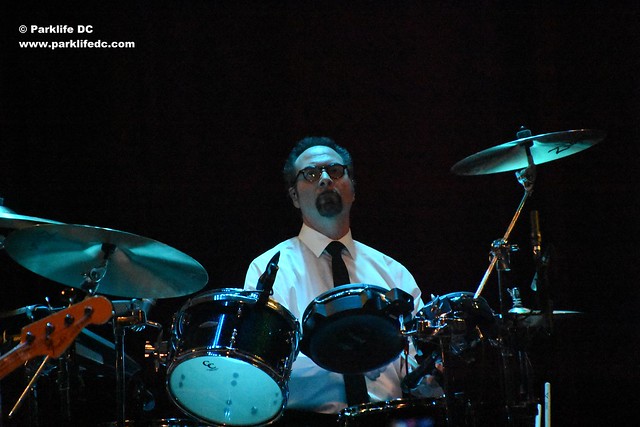 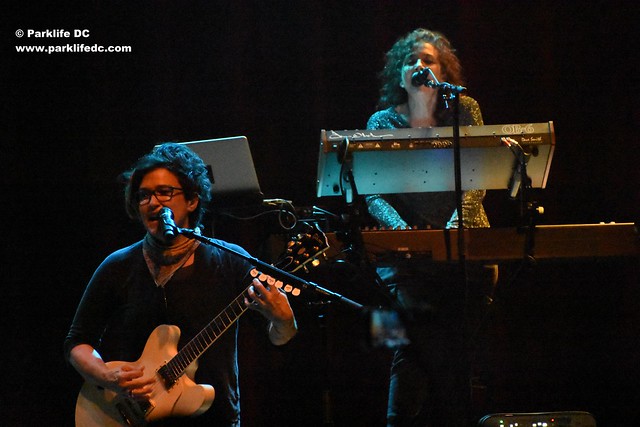 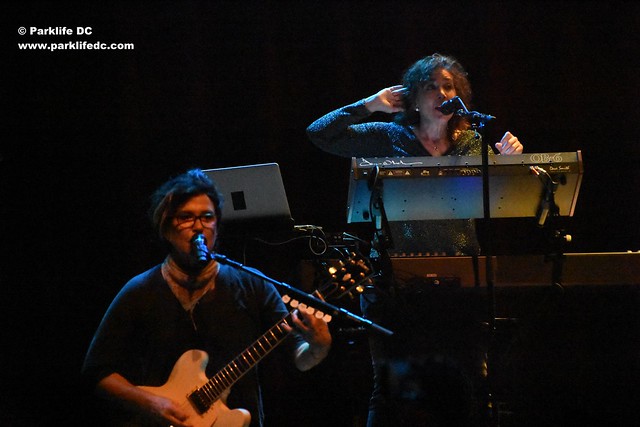 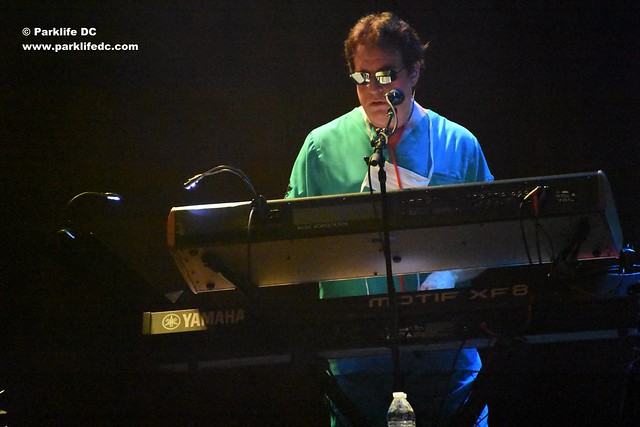 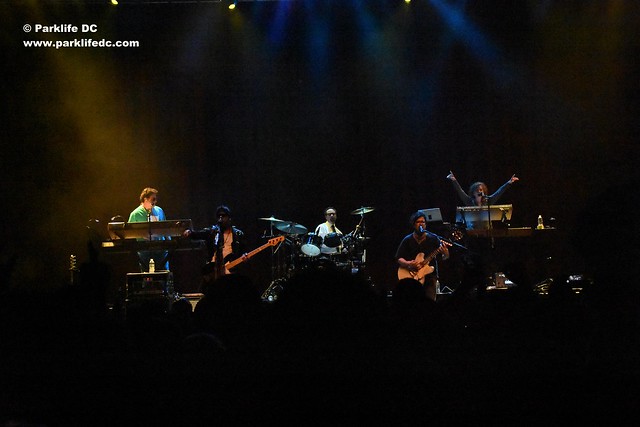