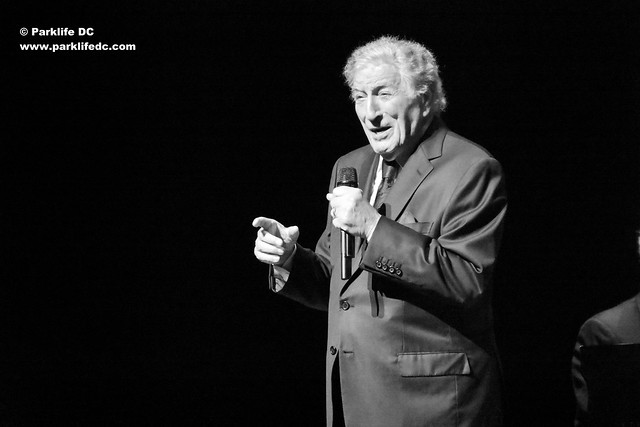 Tony Bennett sings at Stathmore Music Center on May 6, 2017.

Mr. Tony Bennett regaled a full house at Strathmore Music Center on Saturday, taking his audience on a timeless journey from his very first song to one of his most recent for the annual Strathmore Spring Gala.

That first song came midway through an enchanting set as the very dapper 90-year-old crooner introduced it with a smile. Way back in 1950, Tony recorded “Boulevard of Broken Dreams” as his first single after a demo captured the attention of record executives. Tony presented the tango as a laidback jazzy number with his Tony Bennett quartet, and everyone in the room is transfixed.

For a more recent number, Tony sang “The Good Life,” which he performed not long ago with Lady Gaga, as he noted. “I guess she needed the money!” he quipped.

Tony mostly let his singing do the talking for him. And his powerful voice proved capable of thrilling young and old alike, as the audience at the Strathmore Gala surely ranged from admirers in their 20s through their 80s (at least). The Strathmore crowd reacted audibly to treasured favorites. Perhaps the first gasp heard across the room escaped in response to “Stepping Out with My Baby,” which he recorded in 1993 on an album of tributes to Fred Astaire, who famously danced to the Irving Berlin classic.

Tony stirred the audience also with “The Way You Look Tonight,” also first made famous by Fred Astaire (and written by Jerome Kern and Dorothy Fields). Tony’s voice was steady and strong, and he sang deliberately, treating each word with importance as he clearly turned each phrase with measured passion. 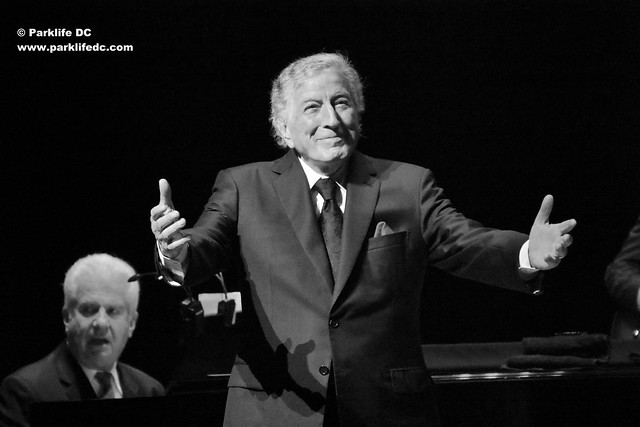 The last of the great jazz crooners kept the show going for 90 minutes, easily competing with younger acts who habitually perform for 75 minutes or less in today’s indie rock clubs. At one point, it looked as if Tony would wrap his show around the 60-minute mark, in part because he delivered a fiery rendition of “How Do You Keep the Music Playing?” –- a song he first recorded in 1986 for his album The Art of Excellence. In performing the sweetly sad song, Tony held the note in the word “never” with such determination that it felt as if he were punctuating the end of his performance.

But after strolling back on stage, Tony informed the audience that those with babysitters may want to head home because he was going to keep the music flowing. He dazzled and charmed for another 30 minutes, belting out giant classics with a pleasant, uplifting smile. The songs rolled off his tongue — “Shadow of Your Smile,” “One for the Road,” and “I Left My Heart in San Francisco.”

Of course, Tony was capably backed by the Tony Bennett Quartet, and part of the charm of the evening was watching Tony enjoy the fruits of their labor as he marveled at each of their solo turns. Early in the show, the band take solo bows for “I’m Old Fashioned” with piano man Billy Stritch tickling the ivories, guitarist Gray Sargent jazzing up the place, bassist Marshall Wood rumbling on the upright, and drummer Harold Jones pounding the drums.

Tony stepped onto stage Saturday night after an audio introduction from the late, great Frank Sinatra hailing him as “the greatest singer in the world.” Time certainly has proven Sinatra correct.

Here are some photos of Tony Bennett performing at Strathmore Music Center on May 6, 2017. 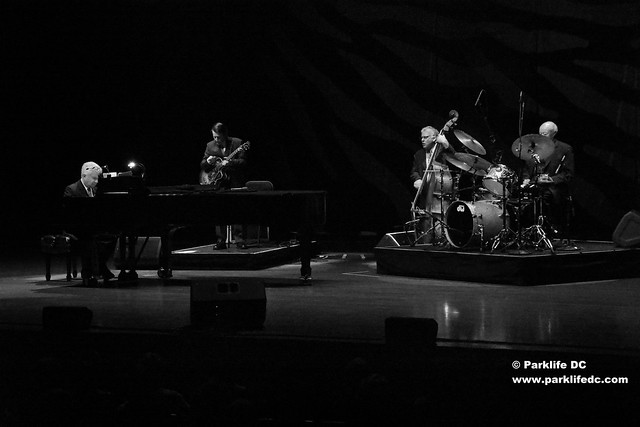 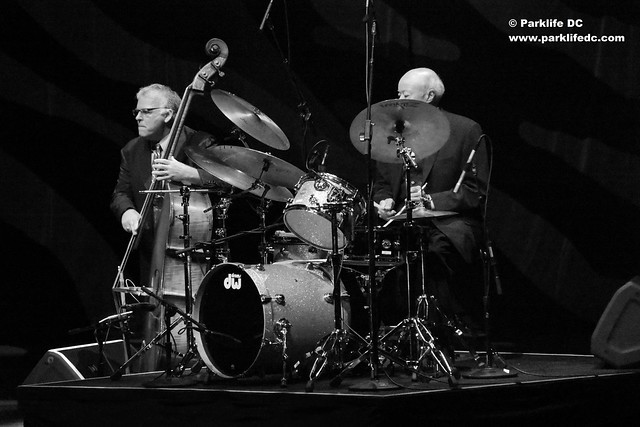 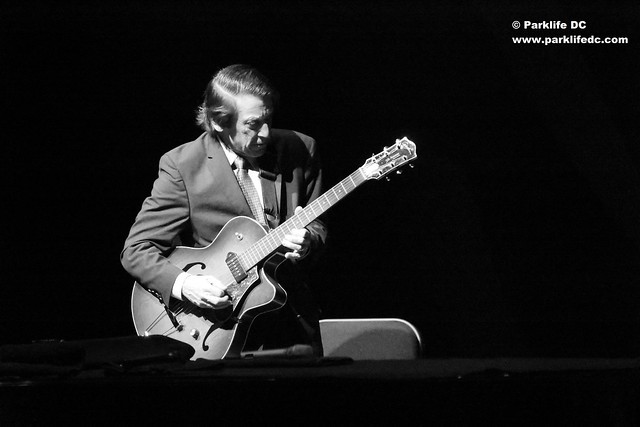 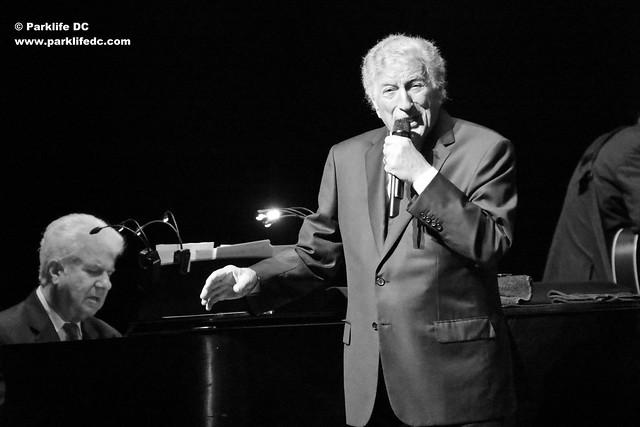 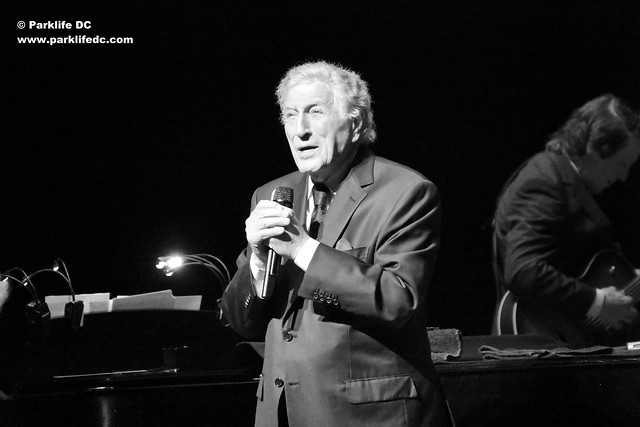 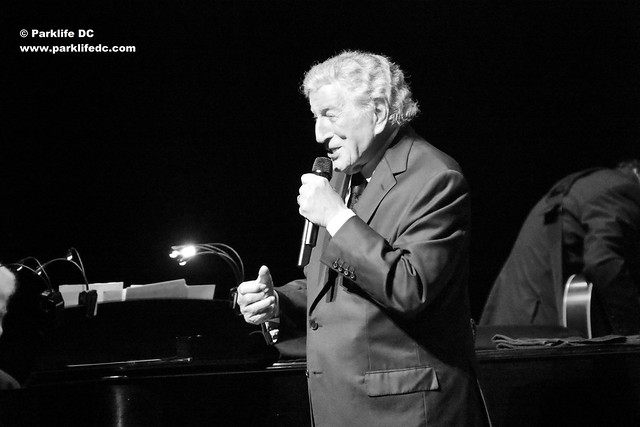 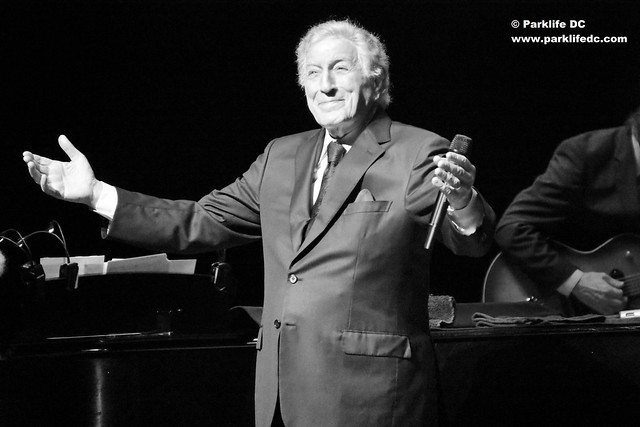 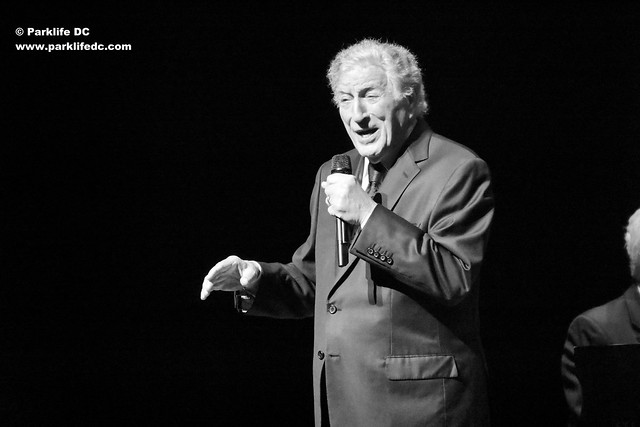 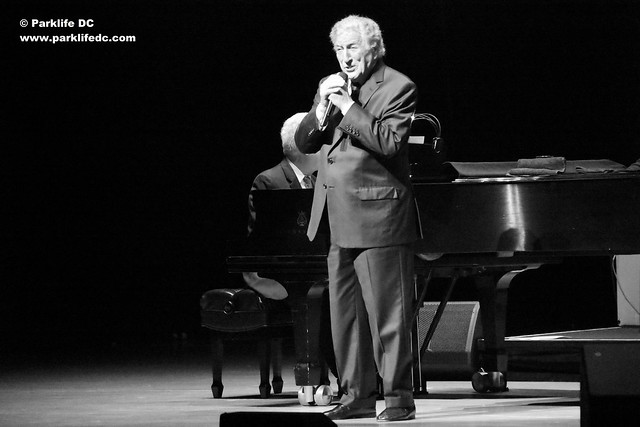 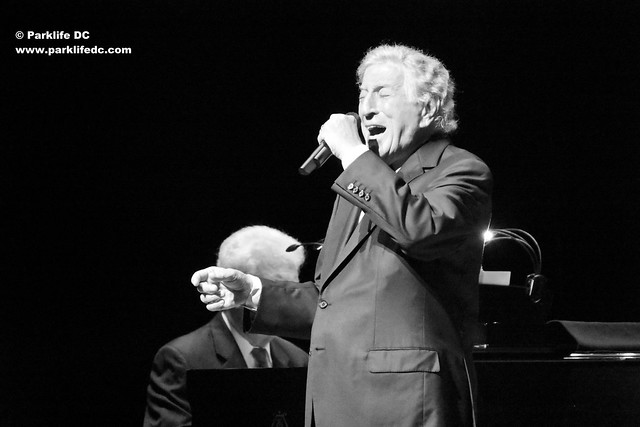 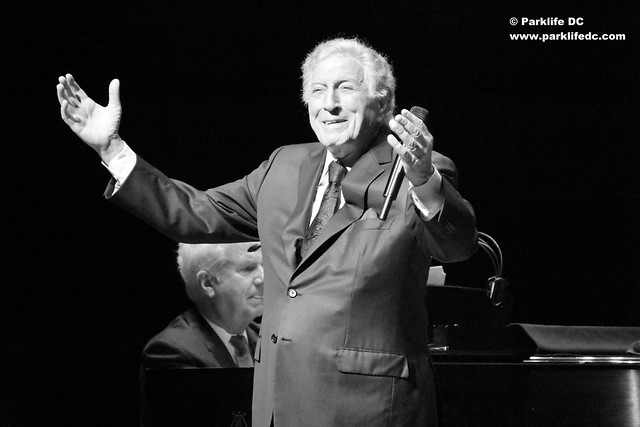 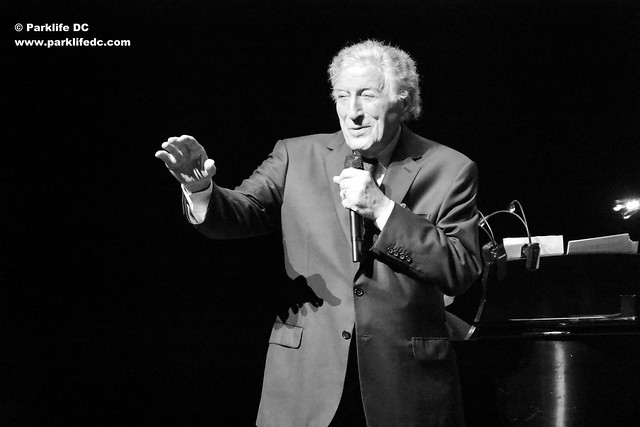 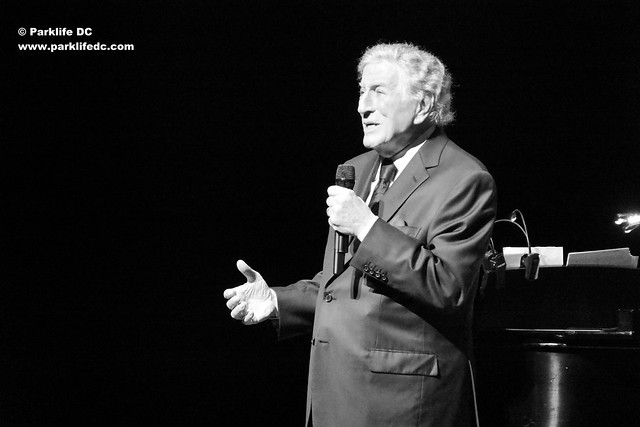 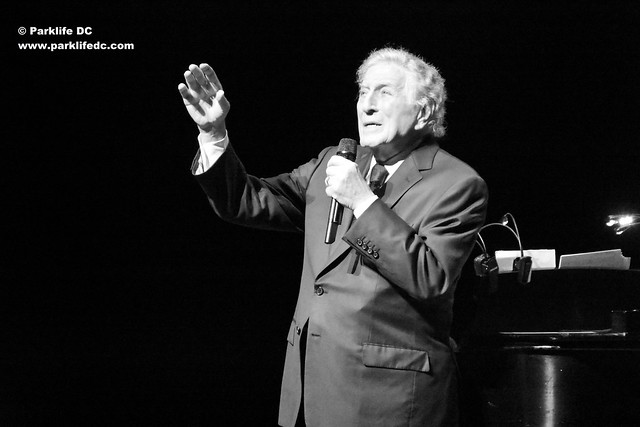 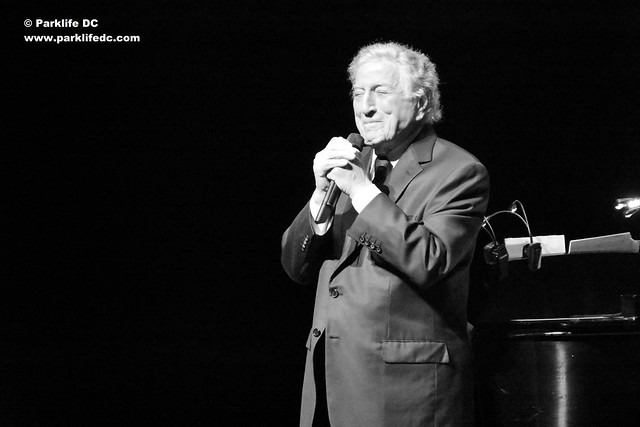