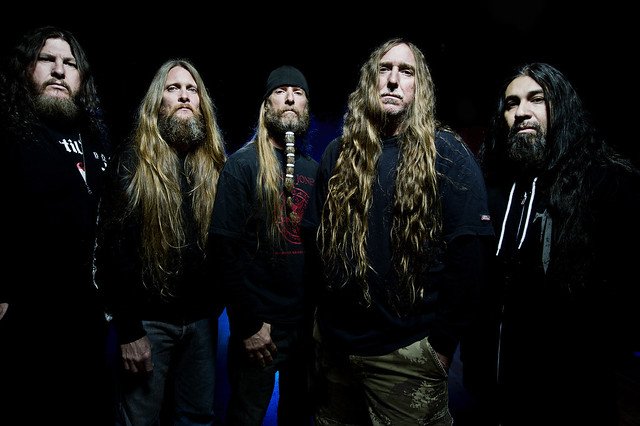 Death metal stalwarts Obituary released a self-titled new album on March 17 via Relapse Records. And they kicked off a North American tour that same day. Obituary are set to perform at Rock and Roll Hotel on Thursday, May 18.

On the same day as the album release, Obituary shared an animated video for their single “Ten Thousand Ways to Die” directed by Balázs Gróf, who previously animated their video for “Violence.”

“We are so stoked about the new ‘Ten Thousand Ways to Die’ video,” said the band. “We knew even while making the ‘Violence’ video from the Inked in Blood release that there would be a continuation video to follow. It just goes to show once again that this band is not afraid to have a good time and laugh at ourselves. Balázs is an amazing artist and captured the band’s characters and personalities perfectly in both videos and we are so excited to get the reaction from the Obituary fans.”

Watch the animated official music video for “Ten Thousand Ways to Die” by Obituary on YouTube:

Critics quite like the new record! Andy O’Connor of Pitchfork said in a review: “Floridian death metal veterans Obituary remain a beacon of consistency. This self-titled record is their most energetic effort since reforming in 2003, and it proves their vitality.”