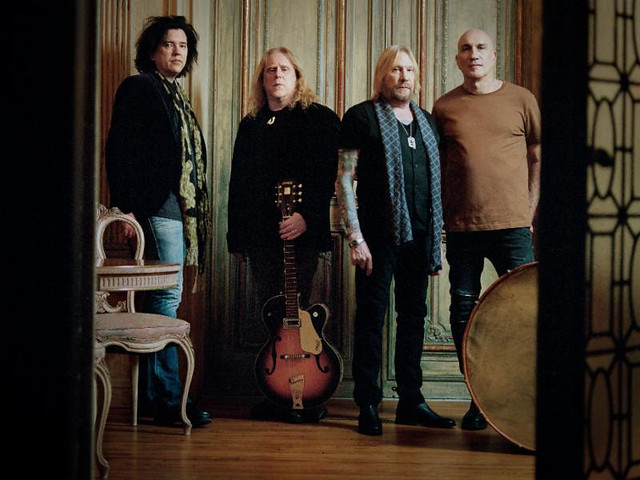 Gov’t Mule will release their 10th studio album, Revolution Come… Revolution Go, on June 9 via Fantasy Records. Prior to that, they will make a tour stop at Warner Theatre on Saturday, May 20!

With the new album, the American rockers explore a mix of rock, blues, soul, jazz, and country. Only a week ago, Gov’t Mule released a video for “Dreams and Songs” after introducing listeners to the first two singles from the album – “Stone Cold Range” and “Sarah, Surrender.”

Watch the official music video for “Dreams and Songs” from the new album by Gov’t Mule on YouTube:

Warren Haynes (vocalist, guitar), Matt Abts (drums), Danny Louis (keyboards, guitar, and backing vocals), and Jorgen Carlsson (bass) began recording the album in Austin, Texas, in 2016. They actually began recording on Election Day, capturing the distress of the nation over presidential politics. Songs on the album like “Stone Cold Rage” and “Pressure Under Fire” capture that national tension, but the album on the whole calls for unity.

The album cover depicts a soldier riding a broken toy mule facing the wrong way while shouting through a traffic cone. Warren commented on the cover, saying it reflected the state of the nation: “It’s that same idea. The character is yelling to nobody and facing backwards. It makes you think.”

There aren’t too many tickets left for Gov’t Mule’s upcoming DC show! Buy your tickets online.