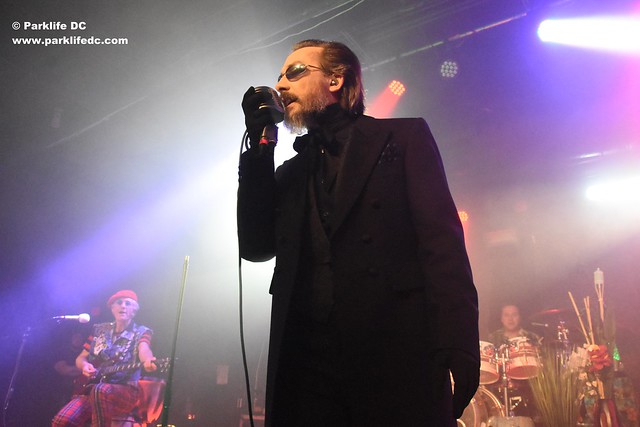 The Damned perform at Baltimore Soundstage on Tuesday, May 9, 2017.

Inside Baltimore Soundstage on Tuesday night, people would randomly shout out to Captain Sensible, mimicking the call of his 1982 solo single “Wot.”

“He said Captain!” random members of the audience interjected at various points throughout a very crowded performance by The Damned, on tour to celebrate the group’s 40th anniversary. While The Damned did not indulge the audience with the catchy earworm from Sensible, the UK punks did however smash through more than 90 minutes of great highlights.

On hand were band founders Dave Vanian and Captain Sensible, the latter only recently returned to touring after a spill from the stage in Toronto sidelined him for several days and prompted the rescheduling of three shows. The Damned returned to action over the weekend, and Captain Sensible appeared hale and hearty — quite chipper in fact! He fully participated in the concert seated on a mock toilet with which band and crew surprised him. Captain Sensible righteously hit every beat from his seat. 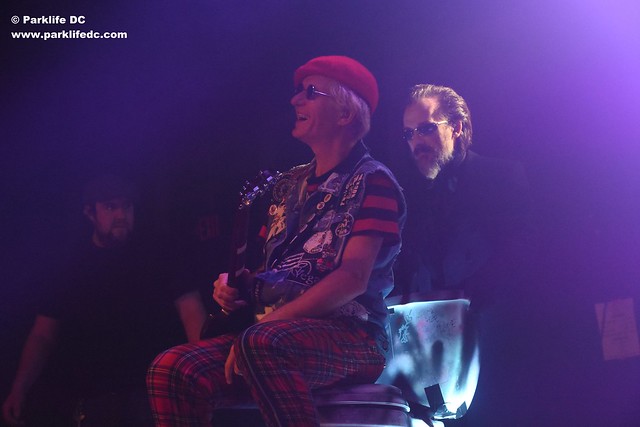 Along with the two founders, bassist Stu West, drummer Pinch, and keyboardist Monty Oxymoron also gave the show their all, captivating the nearly sold-out room with terrific tunes.

Of course, at the center of the stage for the entire show stood Dave Vanian, and you have to agree that the man is simply the very picture of cool. Witty, self-possessed, and debonair, Dave is a perfect frontman, particularly with his penchant for theatrical flourishes. The Damned are certainly well-respected and have no worries touring the globe on the strength of their 10-album catalog, but the one-two punch of Dave Vanian and Captain Sensible, two uniquely stylish and outsized individuals who put on a top show, leave me wondering why they aren’t even bigger than they are!

The band celebrated its 40th anniversary with a deluxe reissue of their first album Damned Damned Damned by BMG (first released indeed 40 years ago in February) and their accompanying tour found them in good form. Toward the end of the formal set,  The Damned perform their first single “New Rose” that draws a tremendous reaction from the audience as the crowd swelled forward to mosh along to the song’s kinetic energy. Attendees recognized the song instantly from the opening notes of Captain Sensible’s guitar, and you could cut the excitement in the room with a knife. 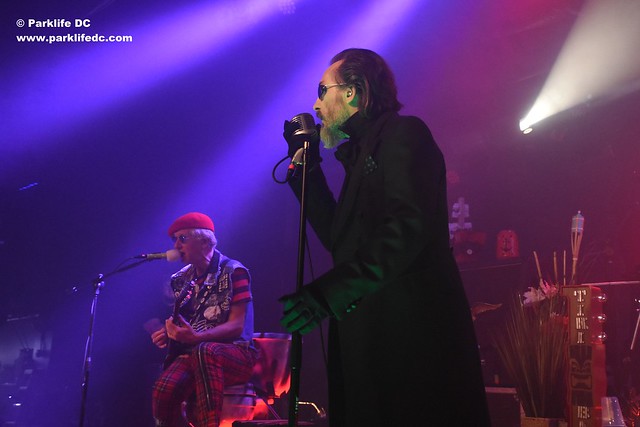 Dave, clad the entire time in a dark suit, never wavered in giving every song its full due even by the close of the show. And Monty made a rare appearance in *front* of his keyboards to throw himself into the gleeful signature dance that he performs to the song, much to everyone’s amusement.

Earlier in the show, The Damned hit many live favorites, including “Disco Man” from their Friday 13th EP. Captain Sensible put the song into some context when introducing it by observing that disco was the reigning genre of music on the UK charts when The Damned started out. He pointed out the disco ball mounted on the ceiling before the band launched into the irreverent, upbeat thumper, one of several numbers where Stu gets into the zone and blissfully jams out on his bass.

Other highlights in the show included nods to Machine Gun Etiquette, The Damned’s third studio album and perhaps my personal favorite. Early in the show, The Damned play “Love Song,” marked by big guitar riffs from Sensible, crisp warbling vocals from Vanian, and splendid keyboards from Myron.

The audience thrashed along to the song for sure, but songs like “Love Song” remind you first and foremost that The Damned are a rock ‘n’ roll band. They play fast and furious, and the resulting sound undoubtedly could fill an arena. “Love Song” segued smoothly into “Second Time Around” aka “Machine Gun Etiquette” and its immortal line “don’t you wish that we were dead,” which lent itself to the title of a documentary on The Damned in 2015.

For many, The Damned album of choice may be “The Black Album” with its more straightforward if atmospheric delivery. “Wait for the Blackout,” for example, is an earnest toast to the night without any snide comments or double entendres. The Damned followed that up with “History of the World (Part 1),” which Dave sang with subdued restraint. Again, the song played out like a rock anthem, even if one carrying the punk outlook that there is no future because everything is eventually doomed anyway. Meanwhile, The Damned play some damned good songs, so we filled at least one night dancing the night away. 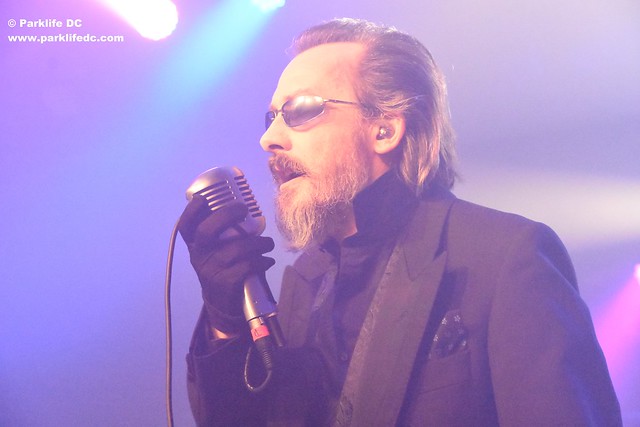 The Damned exited the stage and came back for encore that included “Smash It Up,” again making my argument for Machine Gun Etiquette. Despite its single-minded premise, the song is quite melodic, and The Damned give it room to breathe. Vanian shifted his voice to an appropriate growl to a rockabilly cadence.

The 40th anniversary celebration of The Damned continues tonight in Florida, and the band remains in the United States through May 24, where they wrap in Boston. The “First Punks” of England will return soon no doubt. (They commented they usually find themselves in DC on tour and not Baltimore, specifically at Black Cat, so they are well aware they owe us a show!) Not only do they tour regularly but they have a deal for an 11th studio album, tentatively scheduled for release in 2018. Given what fine form The Damned find themselves in, Sensible’s cracked rib aside, it seems an excellent time to record again.

The chemistry and comradery of the darkly clad Dave Vanian and the brightly colorful Captain Sensible was a joy to behind in concert, from Dave presenting the Captain with his throne at the start to their rapid-fire dialog and zingers throughout the show. The duo alone has charisma to spare and make fine music fit for cathartic dancing. These photos of The Damned at Baltimore Soundstage in Baltimore, Maryland, on May 9, 2017, will surely leave you to agree. 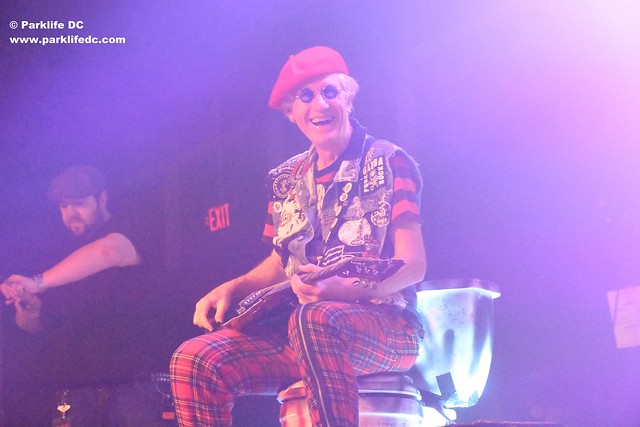 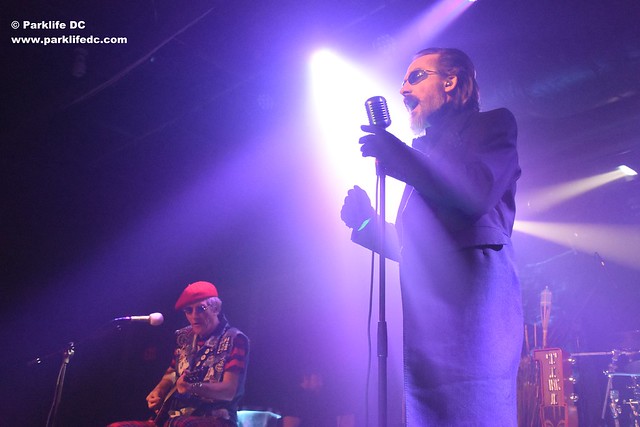 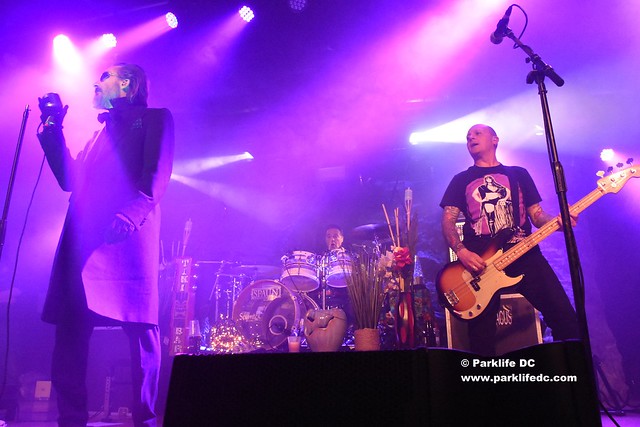 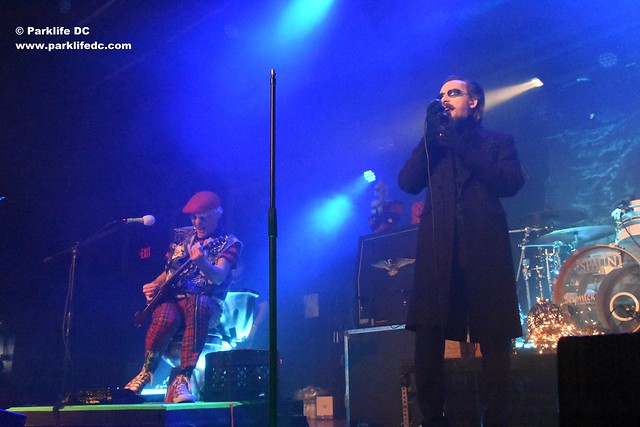 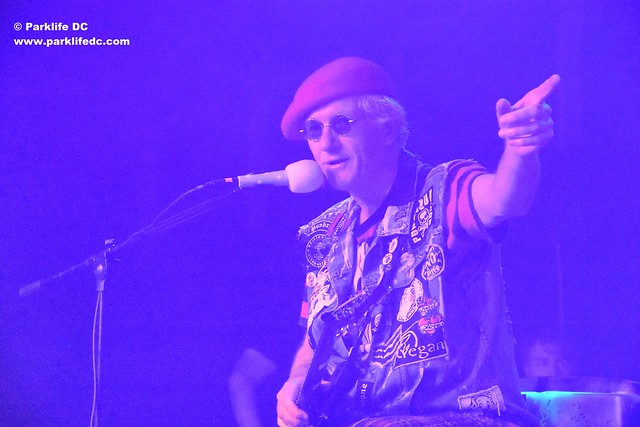 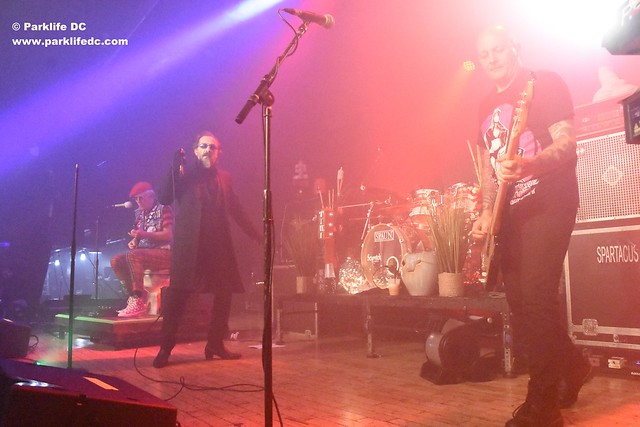 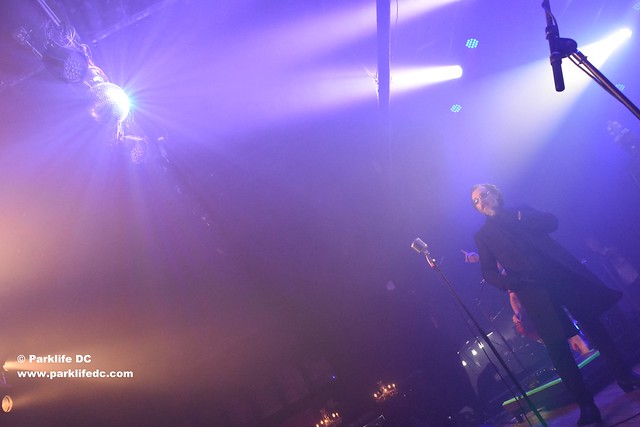 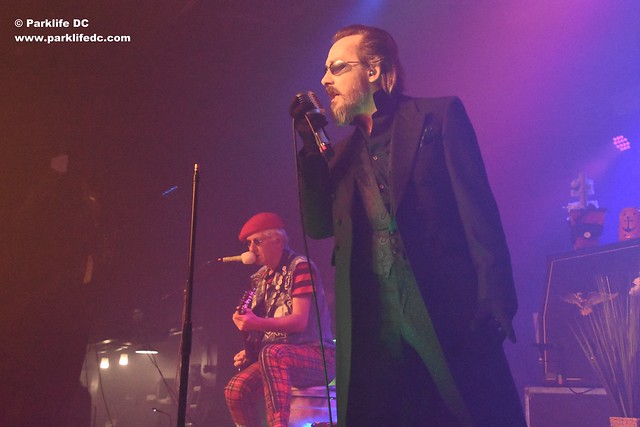 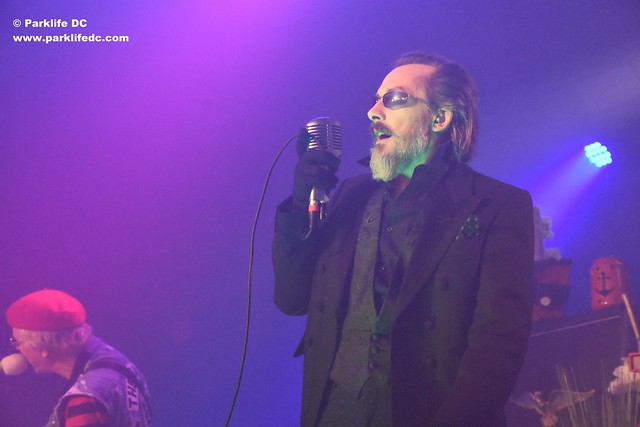 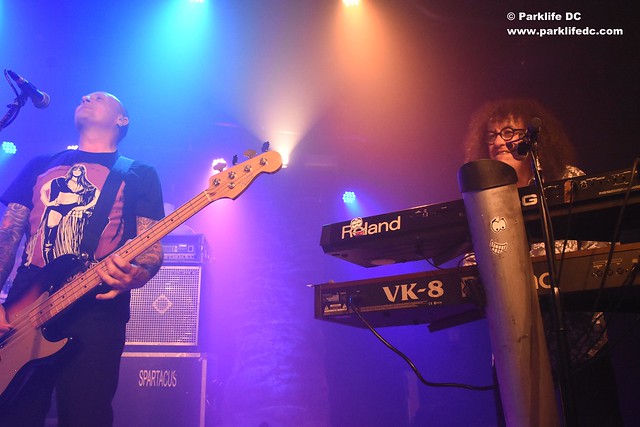 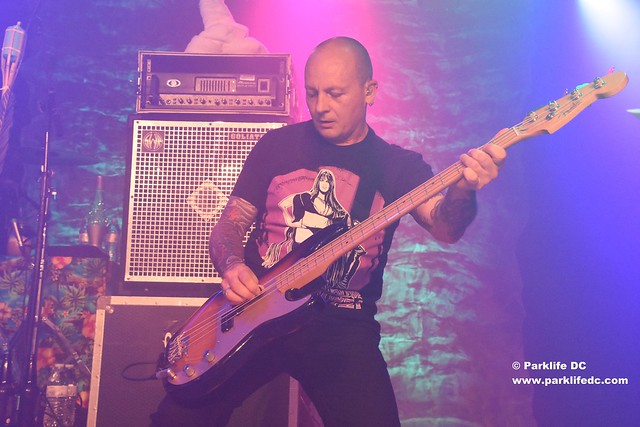 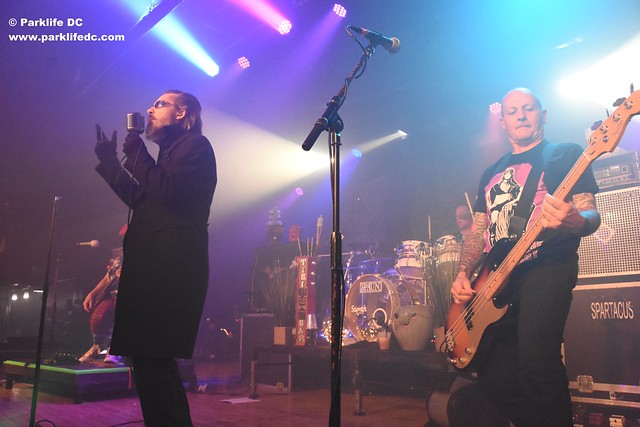