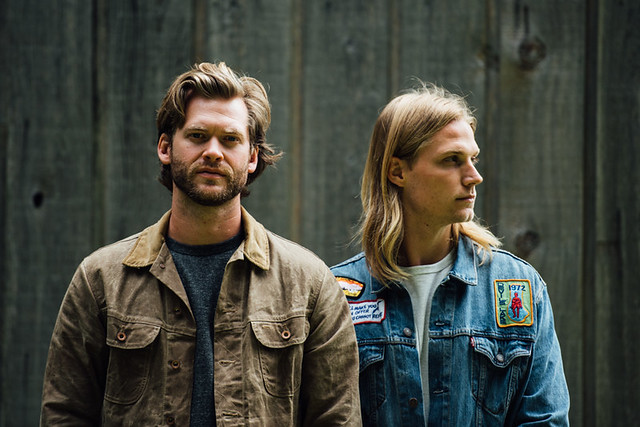 Jamestown Revival released their second studio album, The Education of a Wandering Man, last year via Republic Records, and the folk duo are performing a show at 9:30 Club on Friday, June 9. You can win tickets to go with Parklife DC.

Zach Chance and Jonathan Clay are childhood friends who grew up together in Magnolia, Texas. They formed their band in 2010 and eventually moved to Los Angeles.

“Coming to a Jamestown Revival show is like if Burt Reynold’s mustache had an illegitimate child with Sally Fields and then that subsequent child grew up watching old westerns, Purple Rain, and playing with military-grade explosives,” Zach told 303 Magazine after the duo released their first album, Utah.

They cover more ground in the new record. “While Utah was a bold and refreshing taste of country-rock, it had its share of rough edges. Many times the duo accompanied themselves with only one guitar, singing low-fi ballads of varying quality. In their second release, Jamestown Revival all but purged the meandering ballads that populated Utah, resulting in an upbeat road album filled with rich harmonies,” said Ben Cohen for PopMatters.

Watch the official music video for “Love Is a Burden” by Jamestown Revival on YouTube:

Parklife DC is giving away a pair of tickets to see Jamestown Revival at 9:30 Club. To win, simply leave a comment on this blog. You can leave any comment, but we would like to know your favorite song by Jamestown Revival.