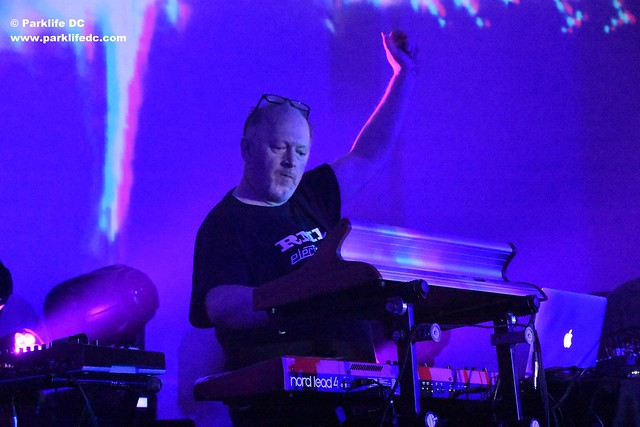 Distinguished house duo 808 State made a rare US appearance at Moogfest 2017 last week, entertaining guests at the conference VIP opening party and then returning later for a full live set at the Durham Armory in North Carolina on May 18.

Graham Massey and Andrew Barker arrived from Manchester, England, with lights and music to spare, mixing a great selection of energetic dance tunes in their early DJ set and then shooting sonic beams of power through their own compositions in their later live set.

Moogfest participants embraced 808 State with zeal. The crowd swelled in the late show in particular with a full room swirling and twirling to tranced out electronic beats from the guys who put acid house on the map in the late ’80s. 808 State, named for a Roland drum machine, enlivened the evening with the assistance of a live drummer as Graham and Andrew poured over their synthesizers and electronics.

The duo was the perfect Moogfest performers, demonstrating the range and potential of electronic music, where they sit at a vital fulcrum. In England, in particular, musicians witnessed the growth of synthesizers from specialty electronics used only by progressive rock bands that could afford them to their commoditization where younger bands with less funds could acquire them by the early ’80s. From there, underground house and other genres exploded in places like Manchester, where 808 State were well situated to ride the prevailing zeitgeist into electronic musical numbers that remained coherent tunes and not simply say a collection of samples or repetitive pulses.

In concert, Graham and Andrew rather physically represent the manifestation of that concept — they are studied but vibrant. You can watch them focus on their instruments, see them experience those moments of joy when things come together, and admire how that translates into a force that moves bodies on the dancefloor.

808 State have some summer dates in England, and we can only hope that they return to the United States at some point in the future, perhaps for another suitable festival performance. Until then, here are a few pictures of the gents at Moogfest 2017 in Durham, North Carolina, on May 18, 2017. (Toward the middle of these pix, I couldn’t help but include a snap of a particularly enthusiastic synth tech who shared a scene with Graham during the VIP opening party.) 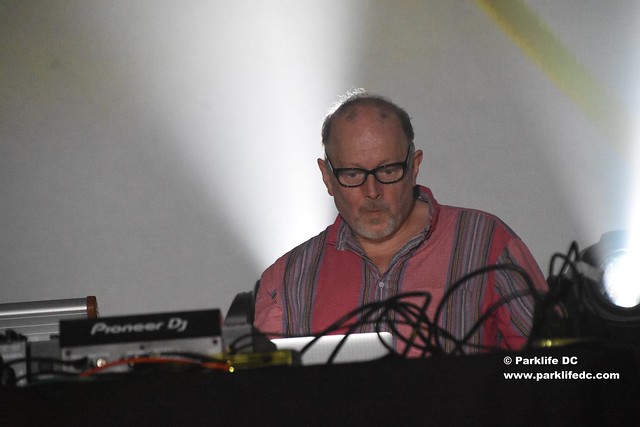 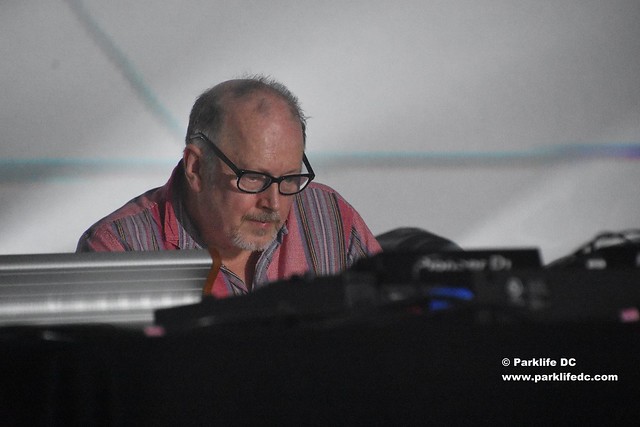 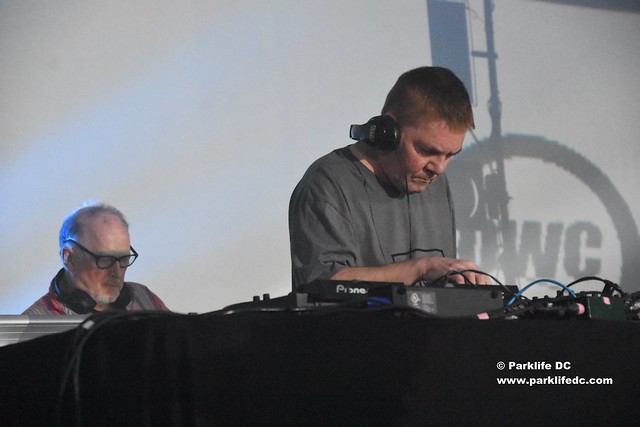 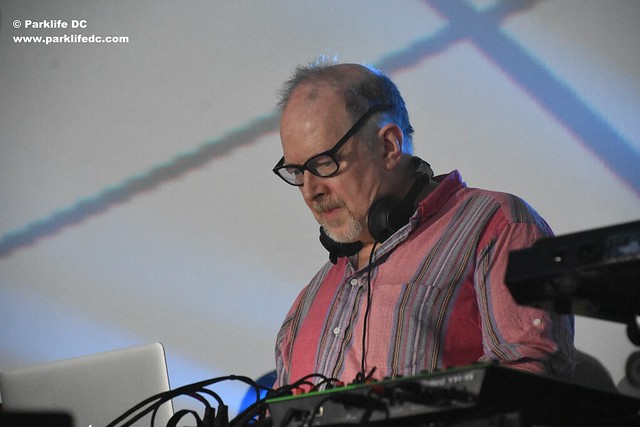 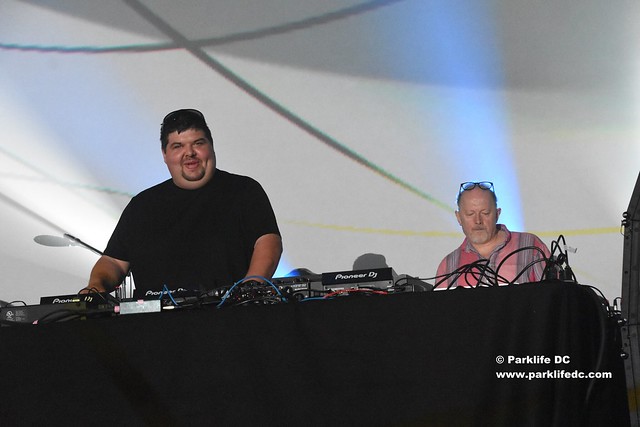 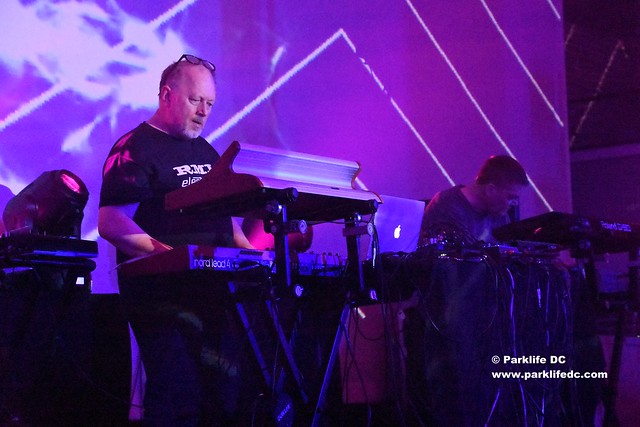 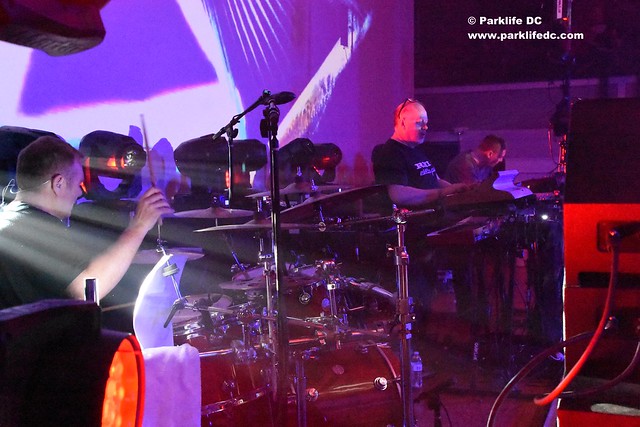 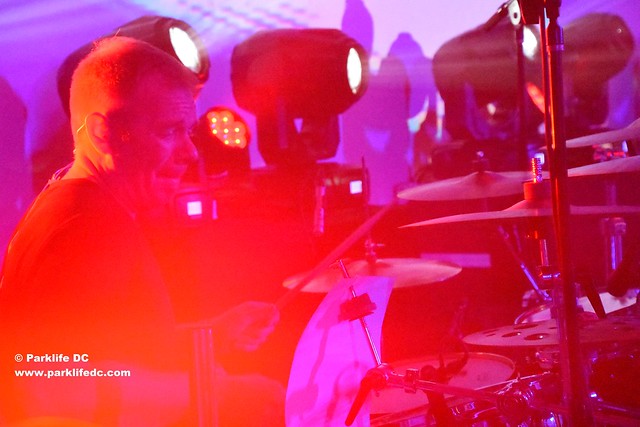 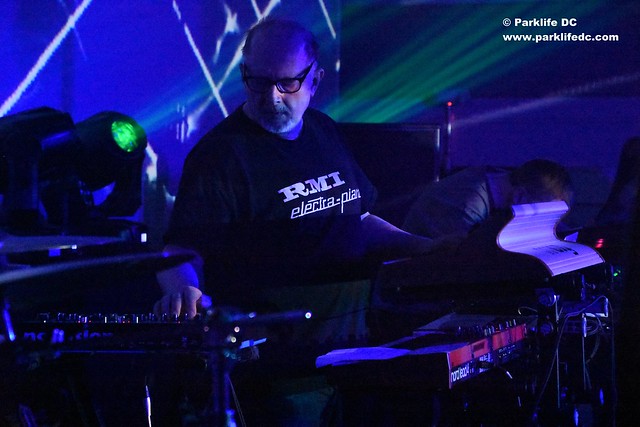 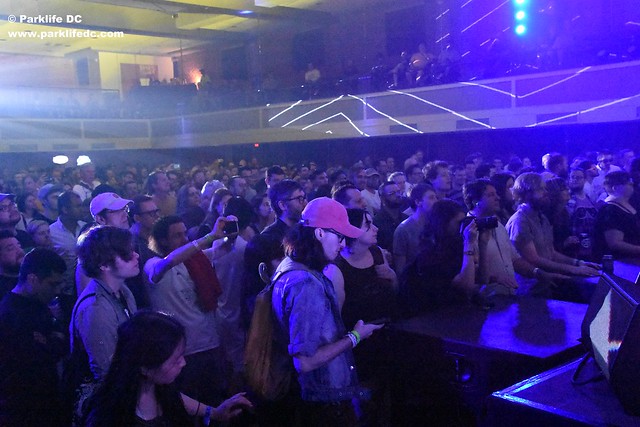 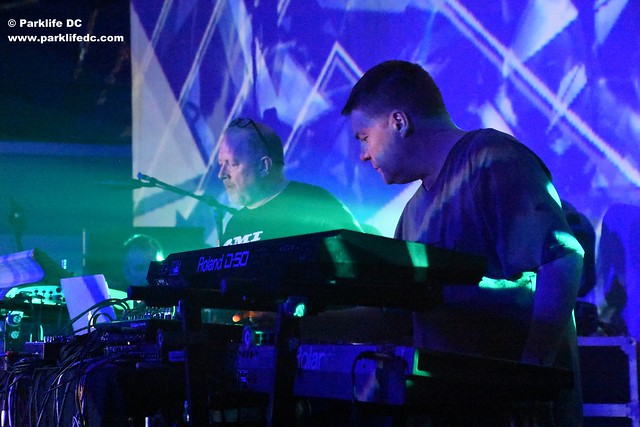 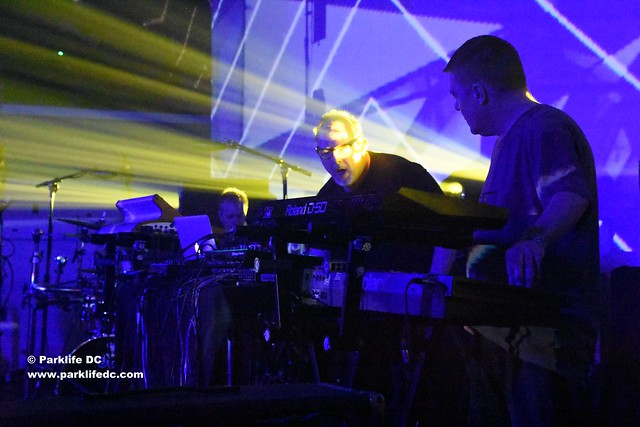