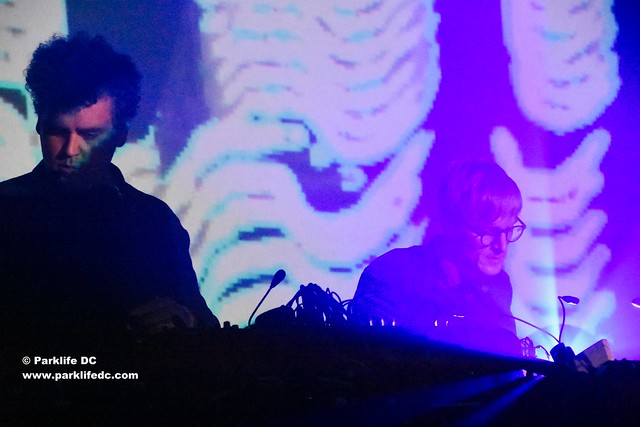 Simian Mobile Disco perform at Durham Armory in North Carolina during Moogfest 2017 on May 19, 2017.

James Ford and Jas Shaw of UK dance duo Simian Mobile Disco played their only US live show of 2017 at Moogfest in Durham, North Carolina, on May 19 — and all was good.

In the pitch black darkness of the Armory, Simian Mobile Disco created luminescence through their techno melodies. Soon, the duo put dancers in the zone with the familiar sounds of selections like “Cerulean” from 2012’s Unpatterns. A fat “whomp” set the beat with the bass in the background, while a structured melody materialized as if the wound were water flowing from their synthesizers. An intricate light show flashed in time to the music.

As they perform, James and Jas seemed to be in synch in some otherworldly dimension, enthralled by the electronics around them. James, known for producing acts like Depeche Mode in recent days, appeared more concerned with modulating dials and gauges around him while Jas seemed focused on moving the sound ever forward as he gyrated in time with the music.

Simian Mobile Disco released Welcome to Sideways, their fifth studio album, via their own Delicacies label late in 2016. It generally veers into smooth techno territory. The band most recently published “Flying or Falling” from the album, and it’s a song that captures the overall sound of the album’s sensations — afloat surely, but soaring or diving? In the pitch black of the Durham Armory, the answer didn’t matter so long as you kept moving your feet.

Generally, Simian Mobile Disco sought to keep the pace brisk but the ambience light as they played through an hour-long set marking their only appearance as a band in America this year. Indeed, James and Jas don’t have any tour dates scheduled anywhere at the moment, but keep your ears open for their comfortable techno!

Here are a few more pictures of Simian Mobile Disco performing at Durham Armory, where it was very, very dark, on May 19, 2017, during Moogfest 2017. 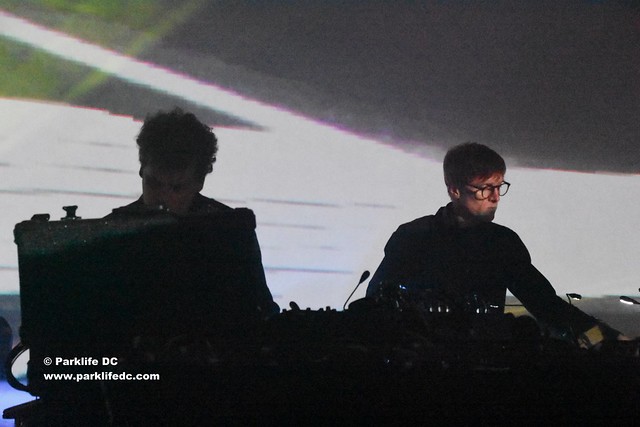 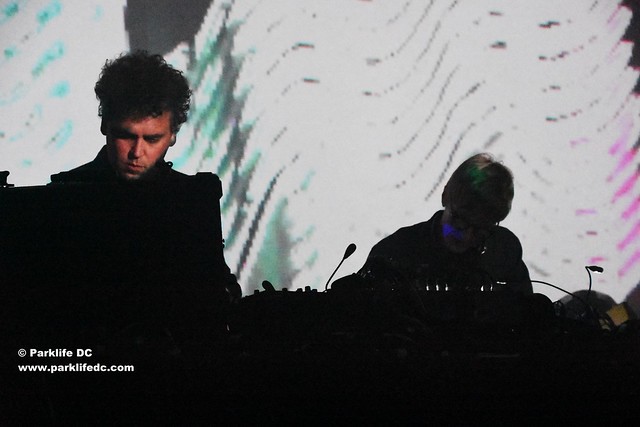 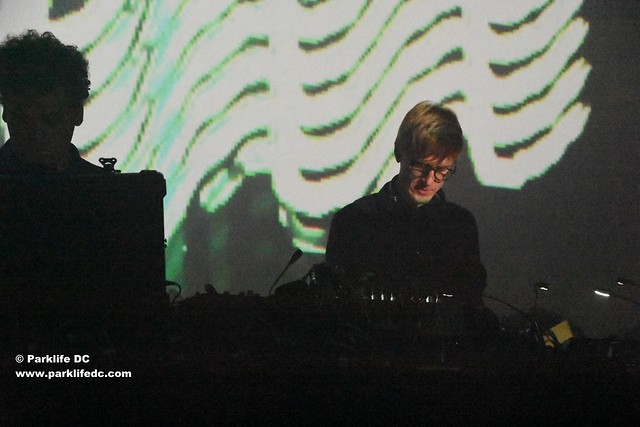 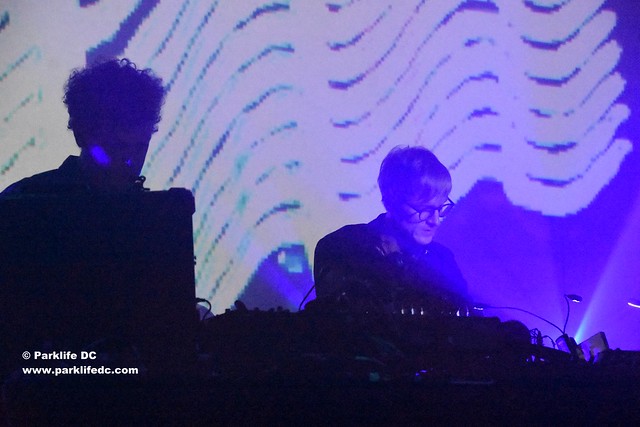 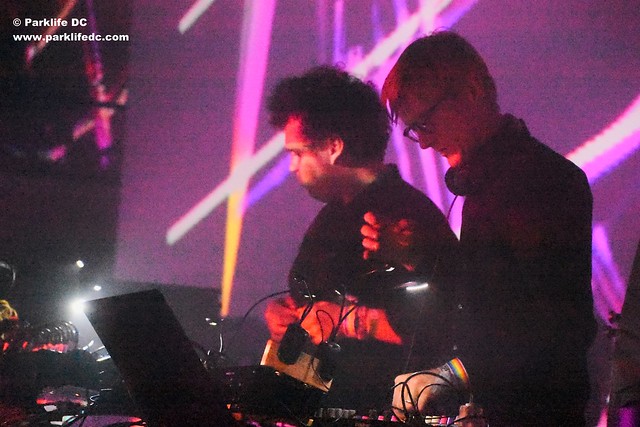 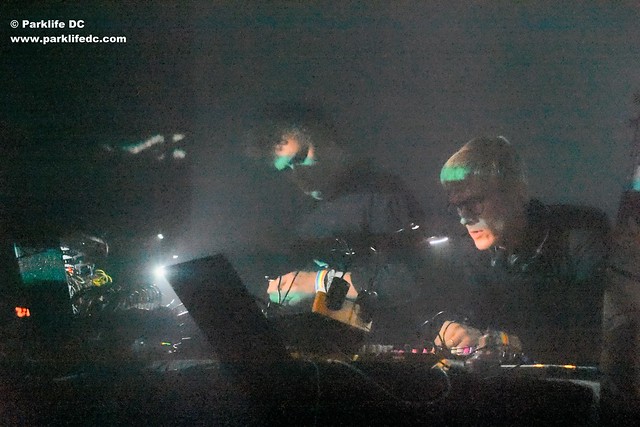 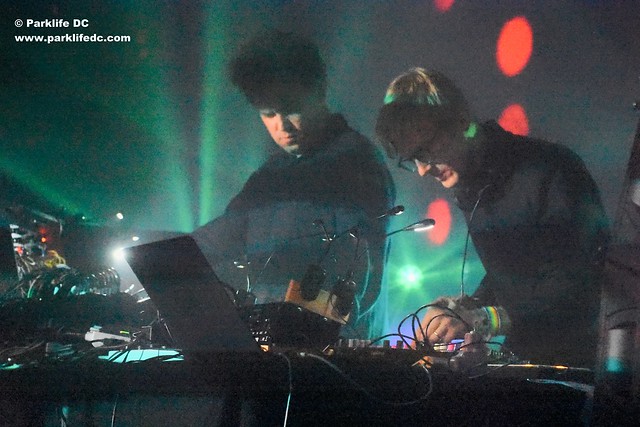 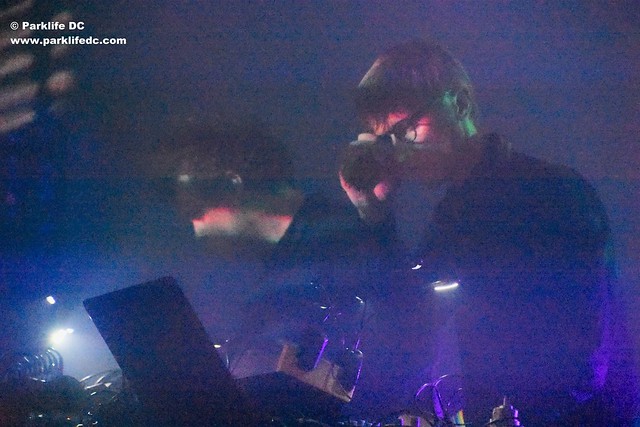 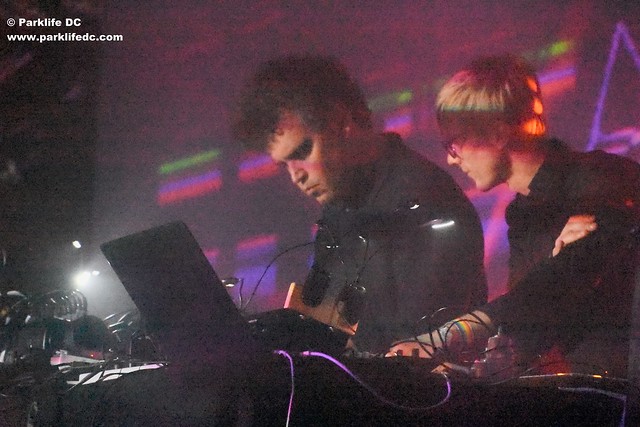