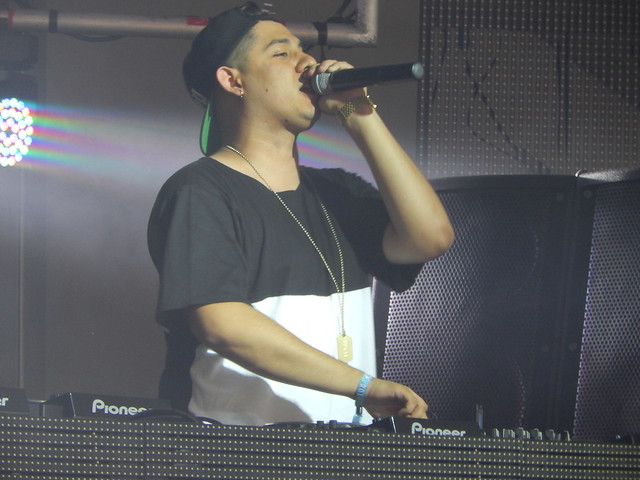 Recently, our focus is locked in on the talented producer and disc jockey, Abraham Laguna, better known as Ookay. The talented Ookay started making high energy house beats while he was attending community college under the name “Leisure.”  He has since transitioned into his current moniker releasing  consecutive bass hits, trap after trap!

Ookay dropped by Echostage to open for NGHTMRE on May 19 during MEGA DC.

Check out the beginning of Ookay’s set on YouTube:

The native of Chula Vista, California, progressively eased us into the hard-hitting sounds when he brought his trap sounds to the Nation’s Capital. The “trap arms” were in full effect as Ookay played a slew of his songs from his arsenal including his hits off of his EP ” Cocoon,” including “New Jack Swing” and “Long Time.”

However, when he played this track it was the difference maker sending the crowd into a frenzy:

The energy was present throughout the entirety of the 25-year old’s set at Echostage on this summer night that wouldn’t simmer. Hard-pounding bass and melodic synths provided a rich sound for the nation’s number 1 club. The night would begin the way it started.. Ookay. 😉

Until next time fam,