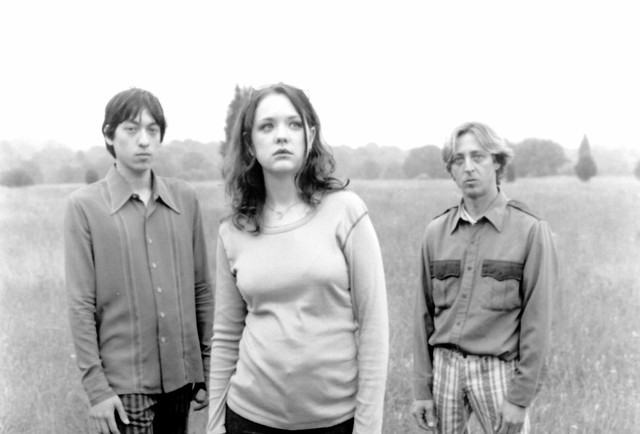 Mary Timony, DC’s top guitar ace, first became an indie rock darling in the ‘90s with her Boston-based band Helium, which dabbled in well-written noise pop. Twenty years after the band’s second and last album, Matador Records last month reissued Helium’s records and a new compilation — Ends with And, a collection of singles and other tracks.

To mark the occasion, Mary herself is hitting the road to celebrate the music of Helium in a short tour beginning with a date at the Rock and Roll Hotel on Tuesday, June 6. You still have a chance to buy tickets!

“An understated wild card in her band’s videos (all of which now have a distinctly ‘90s charm) as well as on wax, Mary Timony appeared unburdened by any need to stay in prefabricated identity boxes, slipping on whatever character’s skin a song invited,” said Ian King for PopMatters in reaction to Ends with And.

PopMatters also noted that Mary was much more ambitious than her bandmates, and you can see that in her continued career. Mary today is in power pop trio Ex Hex, but she remained in the indie rock spotlight after Helium with a solo career and a short stint in Wild Flag.

At any rate, Mary worked personally with Matador to unearth Helium rarities and to reissue the Helium catalog, and this tour offers an amazing opportunity to inhale some terrific music. It’s a wonder our hometown show has not yet sold out as several other dates have. Don’t wait for the door when it likely will be too late!