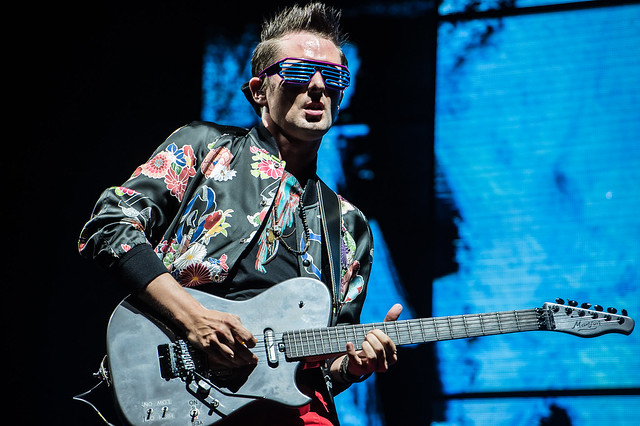 Sunday was a big day at Firefly Music Festival in Dover, Delaware, capped by a stunning headline show by English art rock trio Muse to close out the entire festival.

While we were there, I took the time to catch two other favorite acts for a third day of reporting on performances at Firefly 2017, by all measures a smashing success enjoyed by 90,000 people who poured into The Woodlands to watch more than 125 concerts over four days. 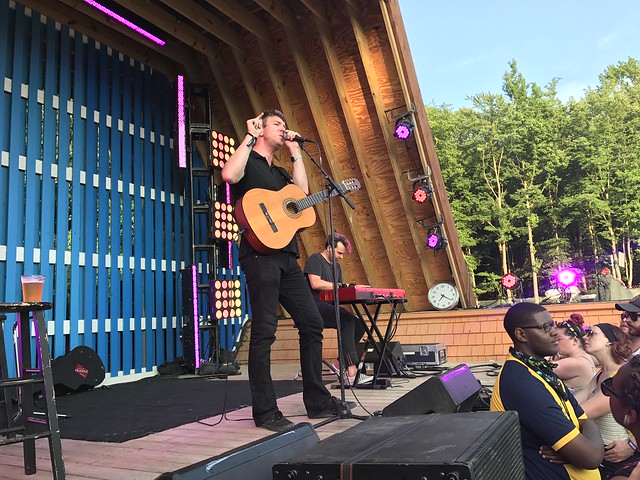 DC’s own Hamilton Leithauser played several shows at Firefly Music Festival. He hit a bigger stage on Saturday, but Sunday found him on the Coffeehouse Stage for a more intimate set. This year, it was commonplace for many bands to rotate across stages and play in various locations over several days of the festival. The band Scriptkiddie must have played over every available surface in the festival! As for Hamilton, he turned up only twice.

Hamilton was laidback and casual during his Coffeehouse performance, which favored I Had a Dream That You Were Mine, his 2016 collaborative album with Rostam. He didn’t appear with his full band, initially taking to the stage with only a keyboardist and then later adding another guitarist.

The timeless, hauntingly romantic songs from Hamilton’s album with Rostam fared well with a sparse treatment by the crooner and his guitar, and he performed “When the Truth Is…,” “In a Black Out,” and “The Bride’s Dad” as roughly half his set on Sunday evening.

Hamilton injected some passion into his singing although he stood relatively still on the stage. Still, he drew quite a large crowd for the small Coffeehouse venue. Between songs, Hamilton took it easy and sipped from a beer while he chatted with his audience about what he was going to play next. 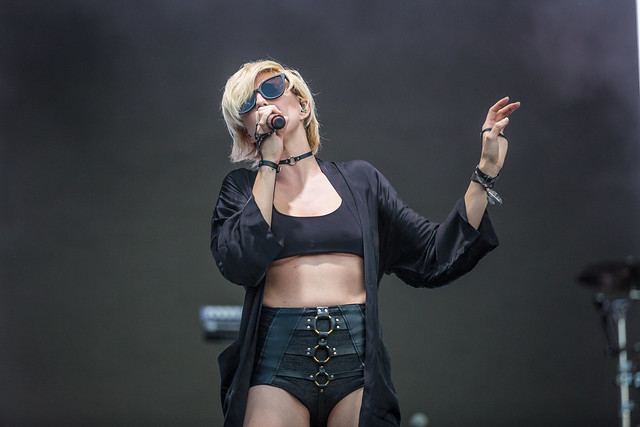 As great as is an acoustic set by Hamilton Leithauser, sometimes you’re in the mood for something with a bit more teeth and a bit more synth. Happily, right at hand on the Backyard Stage were Phantogram. Josh Carter (vocals, guitars) and Sarah Barthel (vocals, keyboards) turned up to perform at least a dozen dreampop selections from their appealing catalog.

Phantogram took a lot of their inspiration of course from their most recent album Three, released in 2016 via Republic Records. They began the show with “You’re Mine” and hit other crowd faves from their third album including “Run Run Blood,” “Answer,” and “You Don’t Get Me High Anymore,” which closed their set.

The duo also nodded to their debut album Eyelid Movies from 2010 with “Mouthful of Diamonds” as well as second album Voices with songs like “Fall in Love” toward the end of the set.

Josh and Sarah demonstrated a lot of versality in their set, taking up guitars in songs like “Answer,” where they get to trade vocals in hushed chants. “Fall in Love” was much more the fully electronic experience I sought, and Sarah danced alone at the front of the stage in her now iconic new black-clad new look.

For some reason somehow, Sarah danced with a puppy at the end of their show, leaving me to wonder if a dog had been on stage all this time and I was too wrapped in watching the band itself to notice. Well, Phantogram are a band worth watching, as we in DC can attest after two sold-out shows at 9:30 Club last fall. With luck, we will see them again soon. 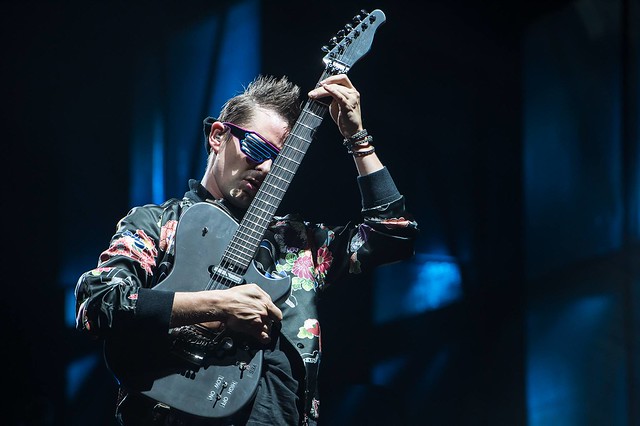 If you were looking for a day where the acts kept getting bigger and bigger, then Sunday was your day as it would have been hard to get bigger in sound and attitude than Muse.

Muse frontman Matt Bellamy came ready to rage in full-blown Rockstar mode. The band spread their 16-song set across their career, slightly favoring most recent album Drones with selections like “The Handler.” The song is a bit more subdued than most Muse compositions, but it becomes more obvious when you put it beside “Supermassive Black Hole,” the massive hit from their 2006 fourth album Black Holes and Revelations, as they did.

There is something in the way that Matt sings in his falsetto cry and the big glam guitars of numbers like “Supermassive” that render songs by Muse irresistible. Matt has mastered the stagecraft of strutting while generating improbably big riffs with his guitar, giving the illusion that the Rockstar gig is a simple thing.

Muse sound phenomenal, and the incredible soundsystem at the Firefly main stages does their music proud. The trio continued to impress late into their set with the brilliant “Starlight,” which references the title of that supermassive fourth album. I’m stuck there a bit, you see, as Firefly was my first opportunity ever to see Muse, and like everyone else on the planet, I was dazzled by that album. So the opportunity to hear those songs live was particularly compelling, and Matt, bassist Chris Wolstenholme, and drummer Dominic Howard truly delivered.

Muse impressed further in their encore, which you would want to contain “Knights of Cydonia” if you were seeing them for the first time like me. Our Firefly encore indeed presented us with “Knights of Cydonia.” And Firefly Music Festival ended like a festival should with the biggest, glammest number it could find. 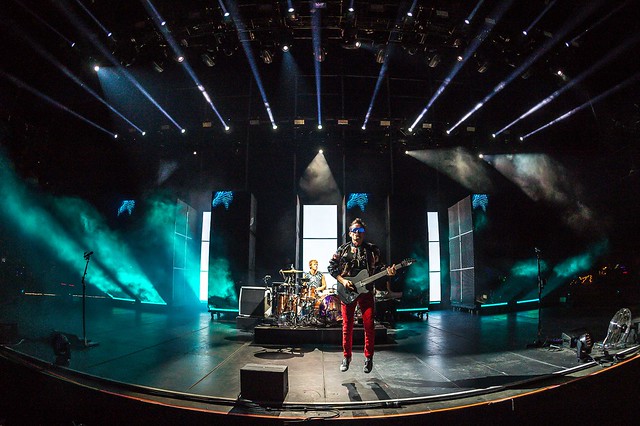 As previously announced, Firefly Music Festival returns to The Woodlands in Dover, Delaware in 2018 for four days on June 14-17. For more information and to stay on top of when tickets are available, visit https://www.fireflyfestival.com.