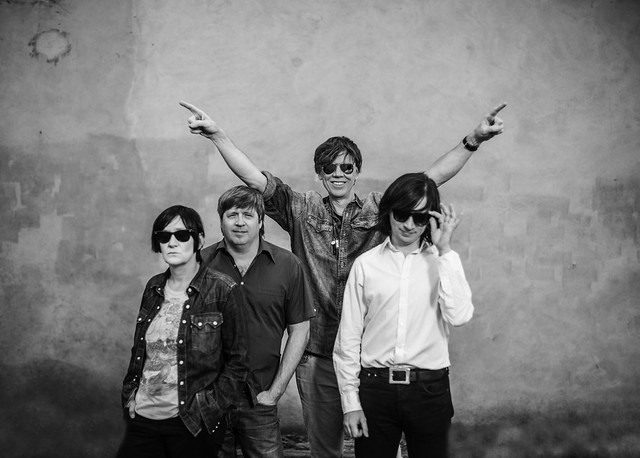 Thurston recorded the album with his regular team of late, and they are performing Sunday as the Thurston Moore Group. Live and recorded, his bandmates include bassist Deb Googe (My Bloody Valentine, Snowpony), guitarist James Sedwards (Nøught, Chrome Hoof), and drummer Steve Shelley (Sonic Youth, Crucifucks).

“The man certainly has his baggage, but the former Sonic Youth co-leader Thurston Moore still knows how to put together a splintered, magnetic rock song,” said Tom Breihan in a preview for Stereogum.

Watch the official music video for “Smoke of Dreams” by Thurston Moore on YouTube:

According to a press release about the new album, Thurston was inspired by love and healing: “Rock n Roll Consciousness offers a wild leap forward in its expansive, anthemic and exploratory investigations, heralding love between angels, goddess mysticism and belief in healing through rebirth. Inspirited by radical love and the energies of the challenged soul of Mother Earth/Nature in direct resistance, the music is decidedly charged by the force of positive action and a great, true love where the feminine/masculine come together in fluid unions of beauty and light.”

Rock n Roll Consciousness is the fifth solo album by the longtime psychedelic successor to the Velvet Underground, and it seems his creative juices are flowing! Don’t miss the master at work. Buy your tickets online.