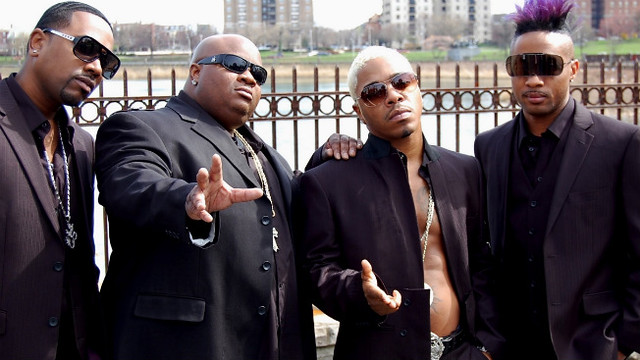 R&B and soul vocalists Dru Hill have reported working on a new album, which would be their fifth overall and their first since 2010’s InDRUpendence Day, released on Kedar Massenburg’s label Kedar Entertainment Group. While the gents are hard at work, they also are hitting the road with a date at the Howard Theatre on Friday, Aug. 18.

Sisqó, Nokio the N-Tity, Jazz, and Tao make up the Baltimore-based band that brought R&B into the 21st Century, according to critics. The gents are famed for their string of Top 40 #1 hit singles, multi-platinum selling albums, movie and television appearances, headlining concert tours, and sales of 30 million records worldwide. Their hits include the likes of “Tell Me,” “5 Steps,” “In My Bed,” “Never Make a Promise,” “How Deep Is Your Love,” “These Are the Times,” and “We’re Not Making Love No More.”

Watch the official music video for “We’re Not Making Love No More” by Dru Hill on YouTube:

“We’re Not Making Love No More” appeared in the film Soul Food, starring the incomparable Vanessa Williams, and is just the latest example of how Dru Hill have become standard bearers for movie anthems. “Tell Me” appeared in Eddie, starring Whoopi Goldberg; “She’s a Bad Mama Jama” in How to Be a Player with Bill Bellamy; “How Deep Is Your Love” in Rush Hour with Jackie Chan and Chris Tucker; and “Wild Wild West” from the film of the same name with Will Smith.

Well, you don’t have to limit yourself to listening to Dru Hill in the movies. They are here in person on Aug. 18! Buy your tickets online.