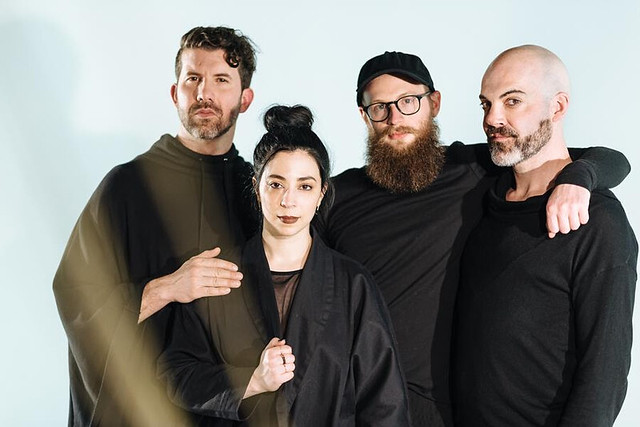 On Friday, Humble Fire released their second album Builder, and they are heading to Rock and Roll Hotel for an album release show on Friday, Aug. 11.

According to Humble Fire, the new album “explores physical and emotional experiences around loss and reconstruction, from family deaths and failed romances to the shocks and stresses they have navigated as a band.” The conclusion? You cannot rebuild on your own; you need a crew to put things back together. Hence, the theme of the album Builder and its title track.

“The video for this song, directed by Kate Warren, Maggie Famiglietti, and edited by Raul Zahir de Leon, is about the ties that bind and also the ties that confine. The dreamy pop of Humble Fire climactically ends with [vocalist] Nefra repeating the phrase, ‘for the life of me’ as her bandmates sever those restrictive ties,” said Bob Boilen on NPR.

Watch the official music video for “Builder” by Humble Fire on YouTube:

Guitarist Dave Epley and vocalist Nefra Faltas met on Craiglist and then formed a band. Together, they gave Craigslist another try and found bassist Xaq Rothman. Humble Fire eventually recruited drummer Jason Arrol, rounding out the lineup of today.