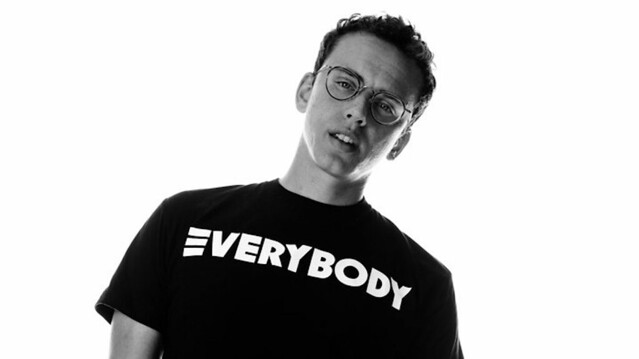 Sir Robert Bryson Hall II, better known as the rapper Logic, released Everybody, his third studio album, on May 5 via Visionary Music Group and Def Jam Recordings. Logic then launched Everybody’s Tour, which arrives locally tonight, Aug. 2, at MGM National Harbor. (It’s a bit of a homecoming as Logic was raised in Gaithersburg, Maryland!)

Everybody is “about everybody and is made for everybody,” Logic said. He recruited a wide net of contributors to the new album, including Neil deGrasse Tyson, Killer Mike, Alessia Cara, Khalid, Juicy J, and more.

Watch the official music video for “Take It Back” by Logic on YouTube:

Praising the new album for AllMusic, Andy Kellman noted that Logic “enjoys rapping as much as John Legend does singing.”

“Keeping track of whether Logic’s writing from his own or someone else’s vantage can be a challenge, but one doesn’t need to be that familiar with his work to realize that this contains some of his most personal rhymes,” he added. “The tone is set early when he declares ‘Music is made to assimilate,’ after which he examines what does the opposite. All the while, he details various prejudices he has faced as a light-skinned biracial man, down to the assumption that he must have had it easy despite being born to drug-addicted parents and raised in a violent household with a racist mother who called him the n-word (the six-letter version).”