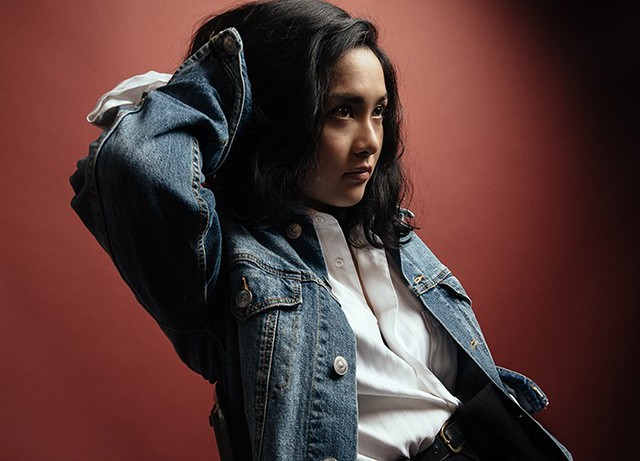 Melina Duterte, better known as Jay Som, released Everybody Works, her sophomore album, via Polyvinyl Records and Double Denim Records in March. She’s been subsequently touring quite a lot, and she stops at Rock and Roll Hotel for a headlining show on Saturday, Sept. 23.

Single “One More Time, Please” was written by Christopher Good and Andreina Byrne (Joyce Manor, Okkervil River, Strand of Oaks) who explained, “We wanted to honor the heaviness of Melina’s lyrics by channeling the essence of madness many feel while attempting to live up to societal standards, behaviors, or even personal obsessions.

“This madness can become mentally and physically enslaving. We follow the main character as she attempts to satisfy these standards/obsessions until she realizes her obsession with such is more of an internalized threat. This realization of her own obsessive state guides her to find her own peace of mind and acceptance of herself,” they added.

Watch the official music video for “One More Time, Please” by Jay Som on YouTube:

Jay Som’s latest album has won wide praise, with the New York Times hailing her growth beyond bedroom pop: “She is a nimble, honest songwriter in a variety of modes — synthpop, shoegaze, garage rock — and never sacrifices grooves or hooks for some forced idea of lo-fi intimacy… among a growing cadre of women of color who are reorienting the power center of indie rock from the inside with skill, conviction and personality.”