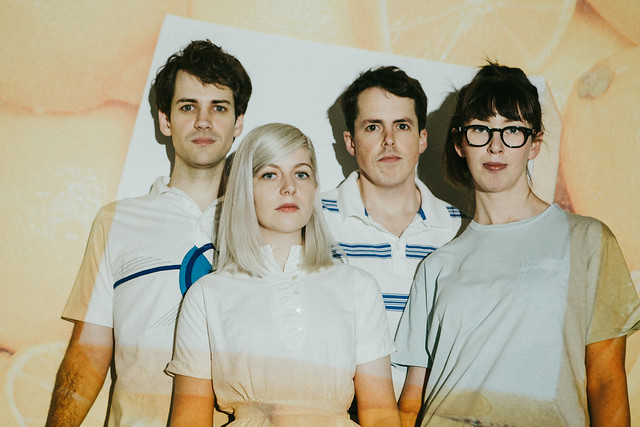 Alvvays release their sophomore album Antisocialites tomorrow, Sept. 8, and one month from today, the band performs at Rock and Roll Hotel on Saturday, Oct. 7.

Antisocialities is the follow-up to Alvvays’ 2014 self-titled debut album. The dreampop quintet, fronted by vocalist Molly Rankin, deliver 10 irreverent songs about “drinking, drugging, and drowning” on the new album.

Watch the official music video for “In Undertow,” a song perhaps about drowning, by Alvvays on YouTube:

Rolling Stone praised “In Undertow”: “Canadian guitar romantics Alvvays mix pleasant noises and chill dejection, and the result is a perfect indie-rock lullaby.” And New York Magazine hailed the new album in it Fall Preview, saying, “Shellacking a tight pop number in feedback is a worn recipe for success, but in the hands of Molly Rankin, Alvvay’s noisy rock is an unexpected gift.”

Alvvays be closing — on some tickets for this show! We will see you there.